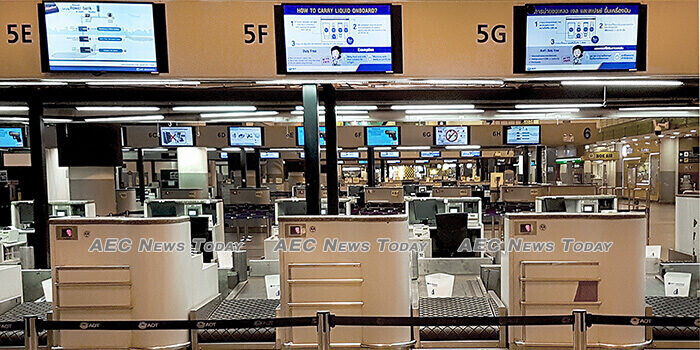 The global novel coronavirus epidemic could wipe $37 billion in revenue from airlines in the Asean-6 according to the latest assessment by the International Air Transport Association (IATA).

According to the report, airlines in Indonesia, Malaysia, Thailand, Singapore, the Philippines, and Vietnam will be hardest hit by the effects of COVID-19, with some 6.3 million jobs across the aviation and related sectors at risk.

The report says the the aviation industry in the Asia Pacific region was the first to feel the effects of the COVID-19 pandemic, with countries there amongst the earliest to introduce travel bans.

It says net losses this year throughout the AP region could top $29 billion, or about one-third of the estimated $84.3 billion loss it expects the industry to experience worldwide this year. Similarly, air passenger demand (measured in revenue passenger kilometres) in the AP region is expected to experience a 53.8 per cent drop, while capacity (available seat kilometers) is expected to be down 39.2 per cent compared to last year.

The worst year in aviation history

Describing 2020 is “the worst year in aviation history”, IATA’s regional vice president for Asia Pacific, Conrad Clifford, said “carriers in Asia-Pacific will experience the largest losses at around $29 billion, equivalent to $30.09 per passenger.

“Provided there is not a second and more damaging wave of COVID-19, the worst of the collapse in traffic is likely behind us”, Mr Clifford said.

Across the Asean-6 passenger air traffic is expected to drop by 50 per cent, with Thailand and Malaysia forecast to record the biggest fall at 53 per cent, 52 per cent respectively.

Thailand & Indonesia to feel the most pain

Revenue losses are expected to be the highest in Thailand and Indonesia at $8.46 billion and $8.32 billion respectively, with more than 4.3 million jobs expected to be lost.

Singapore, the Philippines, Vietnam, and Malaysia are next in line, with IATA forecasting revenue losses of $6.95 billion, $4.63 billion, $4.43 billion, and $4.30 billion respectively. An additional 1.982 million jobs are expected to be lost across the four.

In its earlier outlook in April the association had forecast global passenger revenues to contract by $314 billion in 2020. Asia-Pacific was expected to see the largest fall of $113 billion.

Even still, the latest figures might still be optimistic. Among the confusing messages emanating from the Civil Aviation of Thailand (CAT) is that international flights are unlikely to resume until late September, at the earliest.

On August 17 the Central Bankruptcy Court (CBC) is scheduled to begin reviewing a rehabilitation proposal drafted by the airline, which may take up to seven years to complete.

With Aseans mainland member countries continue to rank amongst the best in the world for controlling the spread and limiting the number of COVID-19 deaths, pressure is mounting to reopen borders and allow international air travel to begin.

The first baby steps for opening borders is scheduled to take place on August 10 when Singapore and Malaysia open a so-called ‘green lane’ to facilitate a phased resumption of cross-border travel between the two nations.

Travellers will need to be swabbed for Covid-19 prior to travel and submit their itineraries to the relevant authorities.

The concept might be one way for neighbouring countries with low numbers of COVID-19 to reboot travel, without requiring the traditional mandatory 14-day quarantine.

In June, Singapore began a “fast lane” arrangement with six cities in China to facilitate essential business and official travel between both countries.

While Thailand had earlier planned travel bubbles between Bangkok and China, Japan, and Taiwan, to allow 1,000 tourists a day into the country without quarantine, the plan has been shelved after a quarantine breach by an Egyptian soldier in Rayong, two weeks ago.

Separately the Indonesian government was quoted as saying that it was mulling plans for such a move with China, South Korea, Japan, and Australia, however, given the galloping rate of new infections and deaths there such a concept is not likely to eventuate anytime soon.

Meanwhile auditors for Malaysia’s AirAsia Group and Vietnam’s VietJet have expressed concerns about cashflows and funding, while Indonesia’s Lion Air has put the brakes on a planned public offering. Between them the airlines and their subsidiaries operate 476 aircraft, with some 938 on order.

Prior to the SARS-CoV-2 virus spreading outside of China Boeing had predicted airlines in Southeast Asia would need some 4,500 aircraft over the next 20 years. The International Bureau of Aviation (IBA) now forecasts a global surplus of 2,500 aircraft for the next 20 months, with airlines such as Qantas and Emirates moving in the last week to accelerate the retirement of  large, wide-bodied jets that are now longer economical to fly due to soft demand and travel restrictions.