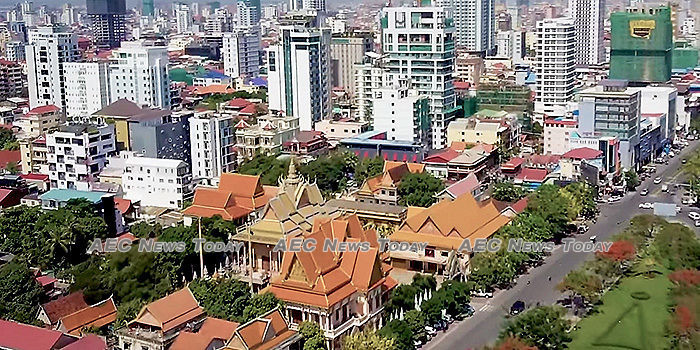 The decision last week by Cambodia to introduce a user pays, enhanced COVID-19 screening process for all foreign arrivals is at the bleeding edge of public pandemic prevention.

Expensive and inconvenient, the ‘Cambodia model’ is unapologetic in being totally about protecting the Khmer people and the national treasury.

As the number of active COVID-19 cases throughout the CLMVT (Cambodia, Lao, Myanmar, Vietnam, and Thailand) continues to fall, now is the time for the bloc to maximise the unique position it finds itself in. But it must act quickly and in unison.

Between 2013 and 2017 the CLMVT experienced a compound annual GDP growth rate of 4.25 per cent; external trade expanded at an annual average growth of 4.8 per cent.

While all current forecasts are that growth this year will be negative, quick action as a bloc will help minimise the pain felt through the five countries.

Cambodia’s decision is a bold step and not without a multitude of ramifications. Not the least being for the thousands of hand cart traders who previously crossed daily into neighbouring countries to do business, and their foreign counterparts who did the same.

It also has ramification for the more than 3,000 tourism industry enterprises throughout Cambodia that have closed, leaving some 45,000 people jobless. At the same time the bulk of the country’s 900,000 garment and footwear workers remain employed — and protected.

While the decision has received criticism online, within 24-hours of the ‘Cambodia model’ being announced the Queensland, Australia, government had announced that it was considering charging returning Australian citizens the cost of quarantining.

According to local media reports the NSW government alone has spent more than A$60 million (US$41 mln) on quarantining returnees. Closer to home, in Vietnam the treatment costs for ‘patient 91’ — Vietnam has now recorded 334 cases — reportedly topped US$200,000 some time ago.

Australia’s island status and quick action in closing its borders to international air travel early in the outbreak has seen the spread of COVID-19 there fall to manageable levels. Similarly New Zealand reported its last case recovering and going home almost a week ago. The two countries are now discussing the opening of a ‘travel bubble’.

The reality is that both, along with the rest of the CLMVT to date, appears to have jumped the shark. What little community transmission that has occurred more accurately resembling a ripple, rather than a full blown wave.

This, entirely due to the aggressive tracking and tracing activities of the respective governments and an army of almost unseen volunteers working from the grassroots level up.

Although insurance policies help ensure that hospitals are able to recover the costs of treating a foreign visitor who becomes ill after arriving, none cover the costs of contact tracing, the quarantining, testing, or treatment of those the visitor comes into contact with and may infect, before he or she becomes ill themself.

The Cambodia model now sets the minimum cost of entry at US$265, on top of the regular visa charges (tourist visas and visa on arrival are not currently available).

The potential for a forced 14-days quarantine is a reality and a gamble that every traveller must decide to accept if they proceed. The smoking gun for foreigners is that Khmer nationals on the same flight are not required to have a COVID-19 test prior to boarding.

Though some might see the Cambodia model as much like a man who wears suspenders and a belt, an outbreak of COVID-19 amongst hundreds or thousands of factory workers would be a disaster. Particularly in a country with the limited resources and healthcare infrastructure of Cambodia, which according to reports, is only capable of performing 400 SARS-COV-2 tests a day.

With Lao PDR, Vietnam and Thailand clocking up 62 days, 58 days, and 20 days respectively with no community transmission, the adoption of similar protocols to Cambodia by the remainder of the CLMVT would expand Cambodia’s shield to embrace some 200 million people, or about one-third of the Asean Community.

Such a shield should enable the region to establish travel bubbles with Australia and New Zealand almost immediately, and with other countries in the future that adopt similar protocols.

In order to deliver the maximum benefits an instantly recognised and accepted ‘COVID-19 tested’ certificate, most likely in the form of a conveniently carried plastic card with some form of instantly verifiable security feature, such as a QR code, should be the immediate goal of the bloc to enable the free movement between its members.

Once a visitor from outside of the CLMVT has passed the screening process in one country, there should be no need for them to be screened again in a neighbouring one, unless they leave the region. The ‘COVID-19 tested’ certificates could be tied to travellers passport and be required to be surrendered or invalidated prior to boarding a flight out of the region that wasn’t to a similarly safe rated country.

Residents, whether nationals or expats whose travel documents verify that they have not left the region for 14-days or more should be issued similar certificates, enabling them to travel between the five countries, subject to existing entry and exit regulations.

The window for action is short. Government leaders around the world are under increasing pressure to open their borders.

While not a painless solution for travellers, the Cambodia model for international travel in the age of COVID-19 is likely to become the gold standard for governments wishing to provide the maximum protection possible to their populations (and treasury), once the omission for Cambodian nationals to be tested prior to traveling is addressed.

It remains to be seen whether other CLMVT governments will do the same and extend the Cambodia shield around the entire region. Inquiries to Thailand’s Ministry of Foreign Affairs (MFA) inquiring if Thailand intends to adopt a user pays model were not responded to prior to publication.

The successful implementation of a CLMVT COVID-19 travel shield will spur recovery and growth for 200 million people while maintaining maximum protection. A failure to act quickly, decisively, and in unison will see the economic carnage in some countries linger for many years, with the risk of frequent COVID-19 blooms an ongoing danger.