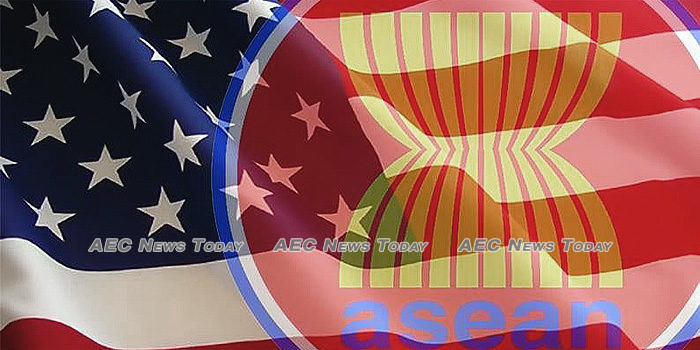 The relationship between the United States and Asean in 2015 rested on two things. The first was a coherent set of strategic, economic and political policies. The second was a concerted and public effort from the United States to demonstrate that Asean was an important partner in the region.

US respect for Asean centrality came from the recognition that the values underpinning the vision of Asean centrality — the rule of law, diplomacy, freedom of navigation, and self-restraint — would assist Washington’s pursuit of its own strategic goals.

The policies of the Obama White House were not guaranteed to work and neither was Asean assured of ongoing US interest in the regional association. However, the dual track approach that emerged by 2016 — consisting of coherent policy and continued public engagement — did suggest a clear path forward.

Since 2016, things have taken a turn for the worst.

Mr Trump attended the 5th US–Asean Summit in Manila in 2017 and aired his vision for a free and open Indo-Pacific, but policy to match this rhetoric has been lacking.

Second, as the policy framework for US engagement with Asean fell apart, so did efforts to support Asean centrality and demonstrate Asean’s importance to the United States.

The majority of Asean leaders declined to meet O’Brien, concerned that unless the meeting was between equals it would diminish their stature and mark their subservience. The position of US Ambassador to Asean has remained unfilled since 2017.

The result has been a precipitous decline in how the United States is viewed in the region.

China is now widely seen as the most influential strategic actor in the region and while China’s dominance is viewed with considerable concern, if Asean members were forced to take sides, almost half would choose China over the United States — including a majority in seven Asean member states.

All of this provides the context for the recent push for a new special summit, hosted by President Trump. The special summit is intended as an ‘olive branch’, an attempt to reset the now dysfunctional US–Asean relationship.

Attempt at quick fix could be disastrous

There was confusion about whether Asean leaders would attend the new special summit. Initially, only Cambodia, Laos, Singapore, Thailand, and Vietnam agreed that their leaders would attend. Since then, all except Malaysia and the Philippines have agreed.

A delay of the summit, caused by the COVID-19 outbreak, gives opportunity to consider what is needed to first steady and then improve the US–Asean relationship.

For the United States there is a danger of viewing the summit as a discrete investment of time, rather than a marker of something more long term. The rush to repair the relationship may, if the summit is viewed by Asean members as a transactional exercise, damage the relationship even more.

While President Trump may hope for a quick fix, Asean meetings are less about ‘the deal’ and more a key way that Asean performs its unity and centrality. Participants mark their respect to the region, its leaders and Asean centrality by engaging over the long-term.

To ensure this second-track approach is maintained, three activities stand out, all of which sit alongside renewed policy engagement.

In a world where other ‘minilateral’ alternatives are proliferating, it is tempting to bypass Asean in the name of efficiency.

There are criticisms to be made of Asean’s ineffectiveness, but costs accrue if Asean is sidelined.

How Asean fits into these alternate mechanisms and processes and how it can be made clear that these do not sideline Asean is a question for the United States and its allies to answer.

Working with Asean will always be complicated. Asean’s internal divisions mean it is difficult to see it ever becoming a proper US ally.

Asean is also often unable to deliver on its many on-paper commitments. But Asean is not useless. As regional players, Asean and its members are evidence that the values Asean centrality promotes are not imposed by external states.

This allows the United States and others to support indigenous efforts to produce regional policy, rather than simply promoting their own ‘external’ standards against the wishes of local players. This, above everything else, is the potential benefit of working with Asean.

Realising this benefit is not just a matter of new policies but requires ongoing displays of engagement and patience. These are not hallmarks of the current US approach to the region. To repair the damage done to the relationship, these skills need to be rediscovered quickly.

This article was written by Mathew Davies, Head of the Department of International Relations at the Coral Bell School of Asia-Pacific Affairs, The Australian National University. It first appeared on East Asia Forum under a Creative Commons License and is reproduced here with its permission.

COVID-19 in Asean: update for May 3 — slow path home with 71% of all Asean cases still active