Regardless of the status of the November midterm elections, President Biden should attend the Asean-US Summit in Cambodia this fall • Analysis • Submitted content 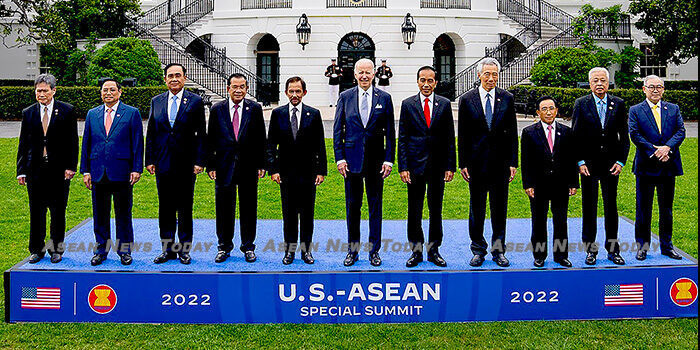 The US-Asean Special Summit has received little positive evaluation, with focus only on the fact that it was the first US-Asean summit in six years and on the $150 million in “initiatives” announced.

Also drawing attention on Twitter was Vice President Kamala Harris’ saying “work together” four times in 20 seconds. The video may have given followers the impression that Asean and the United States had not worked together until now.

However, these views do not appreciate the direction of US efforts to improve relations with Asean, nor do they understand that Asean patiently awaits sustainable and appropriate US engagement in their region.

If the US wants to have better relations with Asean than it has now, it needs to treat the bloc with more care, better understanding, and be prepared to have a long-lasting relationship with it.

The Biden administration’s Asean diplomacy to date has not been smooth. The US-Asean foreign ministers’ meeting scheduled for May 2021 was problematic because US Secretary of State, Antony Blinken, had to participate in the meeting from a plane on his way to the Middle East.

The meeting was subsequently canceled after a communication malfunction caused the Asean foreign ministers to wait for a long time. It also caused consternation among some allies.

In the Bangkok Post, Kavi Chongkittavorn, a senior fellow at Thailand’s Chulalongkorn University cited, the Biden administration’s Interim Strategic Security Guidance, which came out in March, as testimony that the US has ditched Thailand. “Among top-ranking officials, anxiety is high that the US is not sincere when dealing with Thais”, he wrote.

Although it is not clear whether it is based on these reflections, the Indo-Pacific Strategy released in February 2022 states, “The United States will strengthen our own role while reinforcing the region itself […] we are deepening our five regional treaty alliances –– with Australia, Japan, the ROK, the Philippines, and Thailand,” and “We endorse Asean centrality and support Asean in its efforts to deliver sustainable solutions to the region’s most pressing challenges.”

Asean vital to the US

At the US-Asean summit President Biden stated “how vital the Indo-Pacific and Asean regions are to the United States of America.”

Although the turmoil caused by the coup d’état and subsequent civil war in Myanmar has exposed the dysfunction of Asean, there is no doubt that Southeast Asia is a region with economic growth potential going forward.

While it is easy to draw a line between these countries solely in the context of the US-China rivalry structure, it actually generates an incorrect perception.

Rather, each is striving to maximize their own interests even when placed in such a confrontational structure. And one of the reasons for this tendency is that the US has not been proactive in its involvement in the region in the past.

It is important to understand that not all Asean countries are willing to be under China’s strong influence, but they are reluctantly accepting it to some extent as a precondition. Each is making efforts to improve the quality of their infrastructure, such as healthcare, education, and stability of society, and attempting to attract foreign investment.

US a necessity for Asean

As Mie Oba, a professor at Japan’s Kanagawa University School of Law, tweeted: “It is significant that the two sides have agreed to form a comprehensive strategic partnership. It is not so much an achievement of the US as it is a demonstration of the necessity of the US for Asean, both domestically and internationally.”

Hence, the Regional Comprehensive Economic Partnership (RCEP) agreement, which has been in effect since January 2022 and involves 15 countries ––including China, Japan, South Korea, and Aseans’ member states –– and Asean could become increasingly linked economically. On the other hand, the lack of US membership in the Comprehensive and Progressive Agreement for Trans-Pacific Partnership, (CPTPP / TPP11 /TPP-11) has so far not been a positive feature.

Nevertheless, Asean has patiently maintained its relationship with the US because the US is the only country that can confront its strong-armed and coarse neighbor.

While the Indo Pacific Economic Framework (IPEF) was expected to have struggled to attract members as it would not open up the US market, the announcement of this new economic framework in Japan is a matter to watch. This move by the US is also seen as an attempt to learn from the mature Japan-Asean relationship, which will celebrate its 50th anniversary next year.

Perhaps the US believes that it needs support from Japan to strengthen its relationship with Asean and appreciates the tailor-made, needs-oriented support Japan has provided to date in the areas of cultural exchange and economics. And for the success of the IPEF, they must expect Japan to play the role of a bridge between the US and Asean.

Efforts to promote mutual understanding between the US and Asean are emerging.

Coinciding with the US-Asean Special Summit, the Johns Hopkins School of Advanced International Studies announced that they would host the newly created US-Asean Institute for Rising Leaders. Institutions such as this are essential to nurture the youth of today who will be responsible for solving current and future problems and issues.

However, if time is not on our side, what must the US do in the short term to ensure good relations with Asean?

The things required are simple. Whether or not Myanmar representatives participate, regardless of the status of the November midterm elections, President Biden should attend the Asean-US Summit in Cambodia this fall and repeat the US-Asean Special Summit again next year (this time with a new Philippine president) and, if possible, increase the amount of assistance to the region.

Lieutenant Colonel Kojiro Tonosaki is a transportation pilot in the Japan Air Self-Defense Force and currently a visiting fellow with the Japan Chair at the Center for Strategic International Studies.

In 2021 he was awarded a Master of International Public Policy degree from the Johns Hopkins School of Advanced International Studies (SAIS).

Recently, he was seconded to the Asian and Oceania Affairs Bureau, Regional Policy Division, Japan Ministry of Foreign Affairs as the Deputy Director and took charge of South China Sea Issues.

He is the author of ‘Integrated Deterrence’ in the PH: Advice to prepare for the worst-case scenario

The views expressed here are the author’s alone.