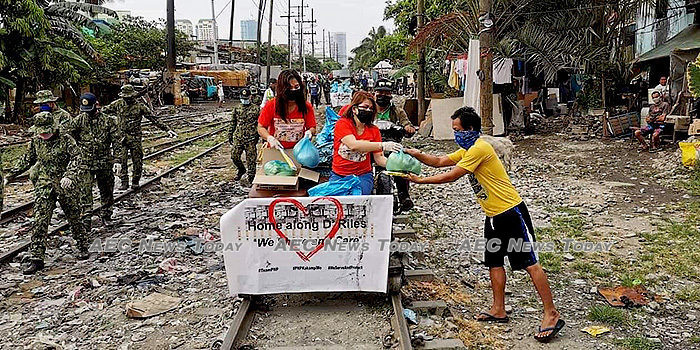 Indonesia yesterday recorded the most number of deaths in a 24-hour period in the region with 15 people succumbing to the SARS-CoV-2 virus to bring fatalities there to 535, while active cases rose to 5,082 with the discovery of 325 new cases. Following successful treatment and negative tests 24 people were sent home.

In the Philippines yesterday 10 deaths and 209 new cases saw active infections there rise to 5,174, one of which is said to be serious or critical, and deaths to 397, while 29 people were discharged and sent home.

Two deaths in Malaysia pushed the number of fatalities there to 88, while 54 new cases and 135 discharges saw the active caseload fall to 2,115, with 49 patients said to be in a serious or critical condition.

One death in Myanmar and 10 new cases brought the number of fatalities there to five, with the number of active COVID-19 cases there rising to 88.

In Thailand yesterday 98 discharges saw the caseload continue to decrease, down to 899, despite the discovery of 33 new infections. Sixty-one people remain classified as serious or critical in Thailand.

Recording yet another new daily record for new COVID-19 infections, Singapore yesterday noted 942 new cases to push active COVID-19 infections there to 5,241, of which 23 are regarded as serious or critical. Thirty-two people were sent home following treatment.

In Brunei one fresh COVID-19 case saw active infections there rise to 23, while the active caseloads in Cambodia and Vietnam fell to 19 and 67 respectively, following the discharge of five people in the former and three in the latter. Eight patients in Vietnam and one in Cambodia remain in a serious or critical condition

There was no change to the situation in Lao PDR over the previous 24- hours.

Since the first Asean case was identified in Thailand on January 12 there has been 27,009 confirmed cases of COVID-19 recorded in Asean member countries with 7,200 people, or about 26.66 per cent of all infections, having been treated and discharged.

In the past 24-hours the number of COVID-19 ‘survivors’ throughout Asean increased 4.76 per cent, while deaths increased 2.65 per cent.

There has been 1,084 deaths attributed to COVID-19 in Asean member countries, representing a case mortality rate based on completed cases (number of discharged + number of dead) of 13.09 per cent.

As of today, April 19, some 69.33 per cent of all confirmed COVID-19 infections in Asean remain active.

China reported 27 new infections for the period, bringing the official case count there to 82,719, with 1,058 current active cases and 77,029 recovered patients. Following an adjustment, China now records 4,632 deaths from COVID-19.

At the current rate there will be/ have been more than 3.5 million SARS-CoV-2 infections by the end of April, with some 264,000 deaths.

Global COVID-19 overview up to April 19

Based on completed cases (number of discharged + number of dead), the current case mortality rate (CMR) is 21.23 per cent. On March 15 the CMR was eight per cent. As a percentage of total infections the CMR today is 6.90 per cent.

As of April 19, only 25.59 per cent of all confirmed cases have been marked as recovered.