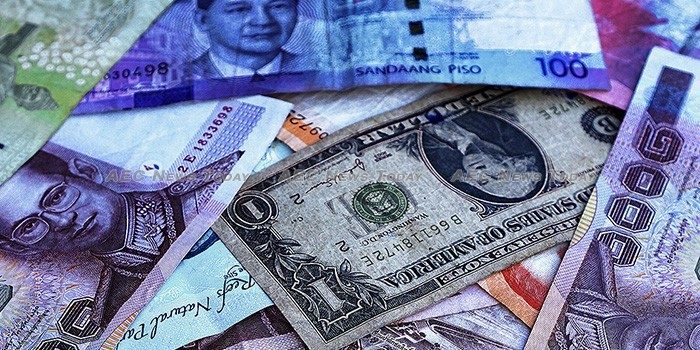 Countries across Asean are experiencing rapid economic growth, and the associated improvements to the standard of living are conspicuous. Increasing trade means increasing wages — and wage growth is integral to the growth of regional economies.

But maintaining a strong economy is a balancing act: if wage growth is too slow, the relative purchasing power of the consumer declines, domestic consumption diminishes, and household debts rise. Too rapid an increase in wages can see inflation skyrocket as foreign investors reappraise their decisions.

When it comes to rapidly increasing pay packets, workers in Myanmar and Cambodia are wearing the biggest grins. Out of all ten Asean countries, the low wage earners in these two relatively poor nations have experienced the fastest growth in their minimum wage.

From April this year, the minimum wage for workers in Myanmar was set at Ks4800 (about US$3) per day, or about Ks144,000 ($91) per month.  A considerable improvement on the $30 dollars a month they were earning just five years ago, and consistent with the country’s solid GDP performance of 6.8 per cent last year. Inflation, however, was relatively high at 5.3 per cent.

In Cambodia, where workers get the second highest number of public holidays annually, galloping GDP growth of 7 per cent has also seen minimum wage earners experiencing rapid pay increases. In contrast to Myanmar thought Cambodia inflation has remained steady, with last year’s tolerable 2.91 per cent forecast to rise to 3.25 per cent this year.

“The minimum wage in Cambodia has accelerated from a very low base,” he said. “The rise in the cost of living and the government’s continuing efforts to reduce the rate of those living in poverty justifies the increase from around $100 a month to $182 presently.”

Cambodia had greatly benefited from being a dollarised economy, and from the strength of the US dollar compared to the weakness of emerging market currencies, Mr Galliano said.

“A stronger dollar mitigates inflation, as most commodities — such as oil, metals, livestock and foods — are priced in US dollars.”

Myanmar, which does not have the mainstay of a de-facto greenback economy, saw minimum wages more than double in the past five years, with mushrooming inflation expected to reach 6.2 per cent in 2018, well in excess of an ideal rate of 2 per cent.

The numbers: Asean minimum wage since 2013

Mr Galliano said Cambodia had not been materially impacted by wage inflation as the country was not reliant on domestic manufacturing.

“Certainly the rise in wages is passed on by the service sector, but since Cambodia imports most of its goods, and isn’t a producer or manufacturer, the increase in wages has had a lesser consequence,” he said.

Losing its preferential ‘Everything But Arms’ (EBA) trade status with the European Union posed a far more significant challenge, he said.

Last month, European Commissioner for Trade Anna Cecilia Malmstrom told the Cambodian government its tariff-free EBA export status would be axed as a consequence of its worsening record on human rights. In 2017, the EU was Cambodia’s second largest trade partner, importing 5 billion euros ($5.8 billion) worth of goods including textiles, footwear, and agricultural products. (See: EuroCham Cambodia to EU: State your objectives)

“Cambodia has higher electricity costs, generally lower productivity, and a limited pool of workers. With the threat of the EBA trade agreement being withdrawn, Cambodia will be facing significant challenges for foreign investment in the garment sector”, Mr Galliano said.

“With the sequential increases in the minimum wages and general wage inflation over the last four years, Cambodia will become less competitive in its key industry — garments and footwear.”

In  addition to frequent and steep increases to minimum wages, Cambodian employers must also pay compulsory National Social Security Fund (NSSF) contributions of between $5.81 and $10 per employee per month.

While low-paid Cambodian workers have enjoyed something of a boom in wage growth over the past few years, the writing is on the wall.

A new law adopted on June 14 is expected to constrain future growth. For 2019, the Cambodian minimum wage will increase by 7.1 per cent on this year, compared with a 13.3 per cent rise in 2018.

It is no surprise to see minimum wages rising at a higher rate in Asean’s least developed countries, given their initial baseline was so low. What may come as a shock is the fact that income disparity in the region not only persists, but is continuing to rise.

While the poorest of the poor may be getting a little richer, the richest of the rich are drawing even further ahead of the pack. For example, in Vietnam, the richest person earns more in one day than the poorest will in ten years, according to the 2017 Oxfam report An Economy for the 99%.

It is doubtful that minimum monthly wages in Laos, Myanmar, or Cambodia represent a living wage and are keeping abreast of the rising cost of living. What is beyond doubt is that they lag considerably behind Thailand, where minimum wages of between $284 and $304 are a magnet for migrant workers from neighbouring countries.

The distinction of receiving the lowest minimum wage growth in the region goes to Thailand. Since 2013 minimum wages in Thailand have grown just 28.5 per cent, compared with Myanmar’s staggering 203.3 per cent.

However in 2013 Thai workers were already earning a relatively healthy $221 per month, well in excess of minimum wages in Cambodia, Laos or Myanmar today, but bellow that of Metro Manila’s lowest paid.

The Philippines and Malaysia have struggled in the past to increase minimum wages for workers. Former Malaysian Prime Minister Najib Razak had promised to increase the minimum wage if he won the last election, however even populist policies such as this were not enough to get him re-elected.

In September the current Malaysian government announced a standardised minimum wage of RM1,050 ($250) a month, or RM5.05 ($1.20) an hour, would be implemented throughout the country from January 2019.

As with Thailand, the Philippines’ current minimum is determined by region, although there is a push for a national standard of P750 ($14), with the Makabayan party-list bloc filing a House Bill (HB) No. 7787 on May 2018.