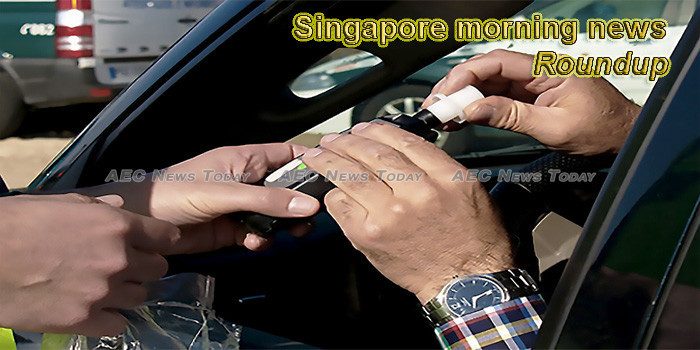 Braced for economic headwinds this year
Last year was a better-than-expected year for the Singapore economy, but given the uncertainties that lie ahead, projections for 2019 are more circumspect, and for good reason.
— Straits Times

Singapore’s 2018 Year-in-Review by PM Lee is surprisingly upbeat
In his 2019 New Year’s message, PM Lee use quite a lot of positive adjectives to describe Singapore’s growth this past year. Describing 2018 as a ‘productive year for Singapore’, PM Lee first noted that the local economy grew steadily at 3.3%, exceeding expectations.
— The Online Citizen

UK may draw strength from S’pore independence: Hunt
As Britain prepares to leave the European Union in three months, its Foreign Secretary said it can draw encouragement from Singapore – on how gaining independence in 1965 did not make the Republic more insular, but more open.
— Straits Times

S’pore re-telecast censors Miss Universe Philippines Q&A about legalisation of marijuana use
No one is allowed to talk about drugs this way.
— Mothership

10 must-reads for today
The Sir Stamford Raffles statue next to the Singapore River at Boat Quay looks like it is disappearing, thanks to some dark grey outdoor acrylic paint.
— Straits Times

New amendments to the Private Security Industry (Conduct) Regulations, unnecessarily harsh on security guards
by Loh Teck Yong Today, I fell asleep at my workplace and the cops came down to arrest me. I will be facing a 3-month jail sentence. FML. It sounds like a very bad FML joke, right? Except, it’s not. With effect from 1st January 2019, security guards who display errant behaviour while on the …
— The Online Citizen

CAD managed to recover only a fraction of sum from Premium Liquid Assets (PLA) over its investment scam
The Commercial Affairs Department (CAD) released a statement today (2 January) saying that it has seized a total of S$1588.35 from the bank accounts of PLA during the course of our investigation. The statement was shared by the CEO of Empower Advisory, Douglas Chow, on his Facebook page. He said, It is believed there are …
— The Online Citizen

Should You Invest in Companies That Promise to Turnaround?
Turnarounds usually do not turn. Not easily, anyway.
— Motley Fool sg

New mobile app launched for schools to send updates to parents
A one-stop mobile app that was launched on Wednesday (Jan 2) now allowsÂ schools to update parents on programmes and activities, as well as provides a platform for performing administrative matters.Â
— Channel News Asia

The Worst-Performing Blue Chip Shares In 2018 (Part 1)
Here are some of the worst-performing Straits Times Index (SGX: ^STI) companies in Singapore in 2018.
— Motley Fool sg

Removal of straws part of efforts toward environmental protection, sustainability: Yakult Singapore
Yakult Singapore on Wednesday (Jan 2) said it is looking at alternative materials to replace plastic as part of its packaging, following its earlier announcement that it would no longer be providing straws with its drinks.
— Channel News Asia

Singapore’s private home prices rise nearly 8% in 2018
Private home prices in Singapore rose 7.9 per cent in 2018, compared with a 1.1 per cent rise the year before, according toÂ flash estimates from the Urban Redevelopment Authority (URA) on Wednesday (Jan 2).
— Channel News Asia

HDB resale prices fall 0.9% in 2018
Prices of resale flats in Singapore fell 0.9 per centÂ in 2018 compared to the year before, flash estimates released by the Housing and Development Board (HDB) on Wednesday (Jan 2) showed.
— Channel News Asia

900,000 HDB households to receive utilities rebate in January
About 900,000 Singaporean households living in Housing Board flats will receive vouchers to offset part of their utility bills this month.
— Straits Times

Go-Jek goes full blast in Singapore
Starting Wednesday (January 2), ride-hailing users can go on Go-Jek rides everywhere in Singapore. Following our successful limited service area rollout, GOJEK is excited to announce that we will extend our ride-hailing services to the whole of Singapore with effect from Jan 2, 2019,” company authorities said.
— The Independent sg

Organising for future politics in Singapore
by Tan Wah Piow What does it tell us about the state of world affairs when politicians need to appeal to Facebook and other social media giants, to censor contents which are deemed problematic? It means that In this digital age, dictators can no longer enjoy the monopoly of the tools of information dissemination
— The Online Citizen