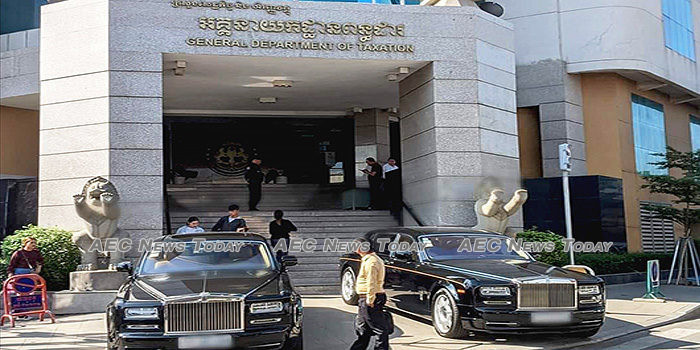 Cambodia’s General Department of Taxation (GDT) is set to begin rolling out an electronic tax filing (E-filing) system in the new year, the latest move to streamline tax compliance and remove face-to-face contact between taxpayers and tax office employees.

Details on the new system are scant, save that the new system will require taxpayers to download and install software from the GDT onto their computer in order to use.

Similarly the cost of the software, or whether there will in fact be a charge, has not yet been determined, though training courses in how to use the new E-filing system are planned for January 2020. It is expected to be available for use for January monthly filings in early February.

News of the new E-filing system was announced at an end-of-year tax workshop attended by about 80 tax agents, bookkeepers and accountants at the Mean Chey tax office just prior to Christmas by GDT assistant IT manager, Nuon Thaery.

Those attending the workshop were told that use of the new E-filing system would not be mandatory, though it is believed that the GDT hopes to see a healthy adoption of the new system enabling it to redeploy existing office staff to field and audit duty.

Attempts by AEC News Today to unearth more details about the the new E-filing system since it was announced have run into dead ends, with tax department staff at various levels telling us to wait for “more details next month”.

Anthony Galliano, chief executive officer at Cambodian Investment Management,  told AEC News Today that the E-filing system is the latest progress by the GDT in automating the Cambodia taxation system, “which is generally still trailing most developed nations”.

Although he said he didn’t know many details of the system yet, Mr Galliano said that as a licenced tax agent he was supportive and appreciative of modernising methods which had the potential to improve efficiencies in tax lodgement.

“Currently the tax filing process is costly and time consuming, requiring us to travel across the city to lodge at the client’s branch, then return again to retrieve the documents. While the conversion from USD to Riel and paying the bank is largely automated, the process of branch lodgment and retrieval requires considerable effort”, he said.

Mr Galliano said that he expected that licenced tax agents will be the early adopters, though as there is a requirement for software to be installed “more information needs to be disclosed regarding the cost of using the app, system security, and confidentiality of company and client data, especially given GDPR (European Union General Data Protection Regulation).

Adam Glen, a volunteer team leader at the Cooperation Committee for Cambodia (CCC) and former international programme manager for a major database company, also welcomed the imminent arrival of an E-filing system, but with some reservations.

“The problem with the tax system here is not the tax laws, it is the onerous submission system and poor quality education. Anything which relieves the administrative burden (which is horrendous) is worth examining and piloting”.

Noting that most of the submissions are in a standard format, he said “the app will help reduce inconsistencies in submission between different provincial tax offices and lessen the burden and cost to taxpayers, while also improving transparency. At the same time it should also reduce any purposeful extra bureaucratic intervention”.

Mr Glen said that while there had been a big leap in compliance in the wake of The Cambodia Daily‘s very public fight with the GDT, but that the rush of those complying had rapidly died down.

As a result, he said, the tax department realised that “the low hanging fruit of the ‘large taxpayer’ was becoming scarce so there needed to be either new taxes or the compliance rate of SMEs had to drastically improve; it is abysmal at the moment.

“The introduction of E-filing will help reduce the number of GDT staff processing returns submissions and see them return to compliance enforcement, without having to increase staff numbers and the department’s budget”, he added.

Mr Glen said charging for the software on a cost recovery basis would not be unreasonable given the GDTs budget, and while not unreasonable to make it the prime submission method, he said there also needs to be alternate filing methods.

Noting that the installation of any software is act of trust, he said he too would want to know more details about the developer and certification of the E-filing app before installing it on his computer.

On Thursday Cambodia Prime Minister, Hun Sen, said that the GDT had so far collected more than $513 million over its 2019 target, with revenue from December still to be submitted.

For the full year he said it was expected GDT revenue would increase 7.1 per cent on 2018, which would almost parallel Cambodia’s expected GDP growth forecast for 2019.

At the time GDT director-general, Kong Vibol, attributed the success of the department to updating companies and property databases, enforcing tax declarations, the introduction of the e-VAT System and promoting a culture of tax payment.

In the five years since the GDT had begun rolling out Cambodia’s formal tax system “collection revenue has increased an average of 20 per cent annually”, he said.

With a reported $80 million per year in tax revenue said to be now lost as a result of the government’s decision to ban online gambling from midnight tonight, there is little doubt that the the pressure will be on the GDT next year to find a replacement for the income.

Whether an E-filing system is the answer is yet to be seen, though Mr Glen described it as ” band aid for a broken leg”, adding “there are other more systemic issues which need addressing”.

Raksmey Khoem in Phnom Penh contributed to this story.