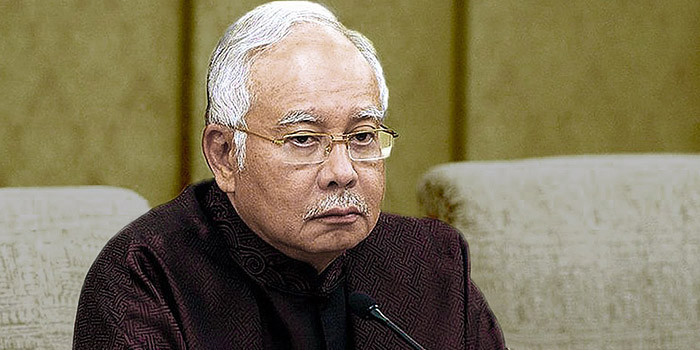 Last month the US Department of Justice (US-DoJ) announced that it was taking action to seek ‘the forfeiture and recovery of more than US$1 billion in assets’ related to 1Malaysia Development Berhad (1MDB). This action will likely start the process that will eventually lead to the removal of Najib Razak, Malaysia’s sixth prime minister.

According to the DoJ, from 2009 to 2015, more than $3.5 billion in 1MDB funds was allegedly sent from one financial institution to another around the world, to hide the origins of the fund and, perhaps more importantly, to hide the ultimate beneficiaries. Although the DoJ did not name Najib directly (he is thought to be ‘Malaysian Official 1’), two of those named were directly connected to Najib.

The first is Riza Aziz, Najib’s stepson. Riza is infamous in Malaysia for being one of the producers of the Martin Scorsese film, The Wolf of Wall Street. The DoJ filed forfeiture claims against the royalties from the film, suggesting that it was funded by 1MDB money.

The second is Low Taek Jho, better known as Jho Low, an ethnic Chinese businessman from a wealthy family in Penang. Jho Low is infamous for partying with Paris Hilton and singer Usher. More importantly, Jho Low, has admitted to being an ‘advisor’ to the Terengganu Investment Authority (TIA) before it was taken over and renamed 1MDB.

The allegations are that Low was the mastermind behind the complex deals between 1MDB and Abu Dhabi financiers, which lead to an even more complex system of payments around the world. The transactions are so complex that financial authorities in three countries (Singapore, Switzerland and Luxembourg) are still in the process of trying to follow the money trial.

Singapore First to Act Against 1MDB

While the US-DoJ may be the first to openly accuse 1MDB of money laundering, Singapore was in fact the first country to take action.

In May, the Monetary Authority of Singapore (MAS), Singapore’s de facto central bank, ordered the closure of BSI Singapore, part of a Swiss private bank. The Singapore BSI branch was a key conduit for 1MDB. More actions against financial institutions in Singapore, Switzerland and Luxemburg can be expected in the near future.

What the DoJ and others are hoping for now is for one of the main actors to turn into a witness for the prosecution. There is a strong likelihood that one of the bank employees or even a former employee of Goldman Sachs, who arranged the 1MDB bonds, will tell all in return for staying out of jail. Even Jho Low may talk if there are the right incentives.

But it is certain that Najib Razak will have to go. The question is not if, but when. Politically it will be impossible for him to carry on. The Malaysia elite pride themselves as honourable members of the international community. Senior members in the United Malays National Organisation (UMNO), the ruling party, cannot accept a leader who will very soon be a pariah in Western capitals.

Thus far, there was no ‘smoking gun’ and Najib’s clever use of his massive powers of patronage has allowed him to deny all links to the 1MDB money. This is no longer the case. The detailed paper trail provided by the DoJ will presumably show how 1MDB money ended up in the hands of Aziz and Low. It is expected to also disprove Najib’s claims that the money was a ‘donation’ from a Saudi Royal. The DoJ documents will, in all likelihood, effectively destroy the excuses given by Najib thus far.

UMNO cannot afford to keep Najib Razak since the next Malaysia general election is due in 2018, less than two years away. Planning for elections in Malaysia for the ruling coalition usually takes up to 12 months.

There appears to be only two viable options for Najib. First, he can go for a snap election. His UMNO party and the ruling Barisan Nasional coalition is relatively strong for the simple reason that the opposition is in complete disarray.

It was Mahathir who largely created a political system that shielded the incumbent leader of UMNO from any real challenge. This has been used effectively against Mahathir, so much so that he was forced to resign from UMNO this year and take on Najib from outside UMNO. Although Mahathir’s past as an authoritarian leader is not forgotten, there may be enough consensus among opposition forces that they must get rid of Najib Razak to override Mahathir’s past sins.

If Najib wins a snap election he would still have to give up the prime ministership, but that would mean he can largely name his retirement terms and ‘protection’. And he could set the timetable for his departure.

The second option is for Najib to negotiate his departure now with the UMNO senior leadership. This is something that has been done many times previously, the most recent in 2008.

At that time, then prime minister Abdullah Badawi, was able to negotiate a retirement package in return for making way for Najib. Even then, it took more than six months of negotiations and the original timetable for Badawi’s retirement was pushed forward to early 2009.

No matter which option Najib Razak pursues, there is little doubt that in Malaysia’s political circles he is a political dead man walking.

This article was written by Professor James Chin, Director of the Asia Institute at the University of Tasmania. It first appeared on East Asia Forum under a Creative Commons licence and is produced here with its permission.