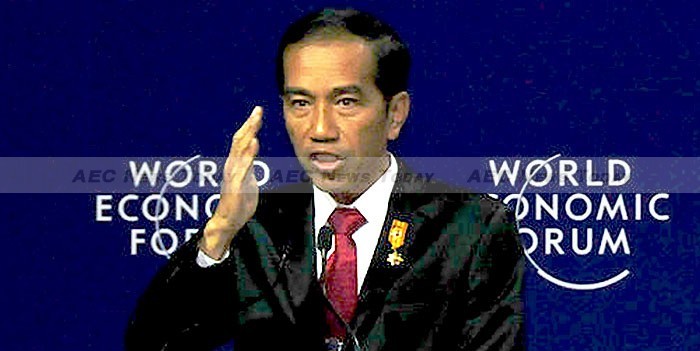 Controversy has surrounded revision of Indonesia’s foreign worker regulations ever since a presidential regulation (PP20) on the subject was issued on March 26. This is hardly surprising considering 2019 is an election year. Parties and potential presidential candidates are already looking for standout issues to garner public support.

It is surprising, however, that President Joko Widodo made a move towards greater liberalisation given public attitudes towards foreign workers. The Jakarta Post criticised the government for not first informing the public of the intention and content of the proposed legislation. Foreign participation in a country’s labour market is almost always susceptible to nationalist backlash, especially in Indonesia.

Others voiced opposition as well. A repeal of PP20 was a key demand of the somewhat militant Indonesian Trade Union Confederation (ITUC) that was flanking Prabowo during its May Day demonstration this year.

So what exactly has Jokowi done and why?

The new regulation is hardly radical, mostly changing administrative and bureaucratic clauses. The main aim is to speed up the considerable time that it currently takes to process foreign worker applications made by Indonesian firms.

PP20 calls for a shorter turnaround time of two days for processing applications in technical departments, allows for processing of visa applications for potential foreign workers at overseas Indonesian embassies (until now they have been referred to Jakarta), and turns over more decision-making authority to the Manpower Ministry, away from the all-powerful Immigration Department.

None of the more constraining restrictions — Indonesian language requirements, bans for employment in areas such as human resource management, short contracts, or the requirement that foreign staff work with local co-workers — have been changed significantly.

Indonesia still has a relatively restrictive policy towards foreign talent for technological and professional development. In Southeast Asia, Indonesia is more like the Philippines than Malaysia or Thailand.

It seems that the new law was a calculated political move and exemplifies something of the reforming spirit in Indonesian public policy under Jokowi.

This includes promoting technological change in areas under the general rubric of ‘Industry 4.0‘. Jokowi and his government have bought into this idea, outlining a road map for action in selected industries in April 2018.

Second, skilled manpower is needed to support Chinese investment and the Belt and Road Initiative (BRI). Indonesia, with its large infrastructure deficit, stands to gain substantially from these investments in the next decade — some estimate that investment figures may reach US$100 billion.

However, success is likely to depend on the employment of foreign experts as engineers and technicians — some of them Chinese and some from other countries — to complement the skills of local professionals.

The BRI factor adds to the already-sensitive issue of foreign Chinese worker participation in mining and infrastructure projects in Indonesia.

This gained prominence during the Jakarta election campaign of 2016 to 2017, owing to wild rumours of illegal Chinese labour migration. It was to these rumours that both Yudhoyono and Prabowo were alluding in their recent provocative speeches.

In reality, as both Yudhoyono and Prabowo surely know, the number of registered Chinese overseas workers is still very small relative to the size of the skilled labour market in Indonesia.

It was only about 20,000 in 2016, although it is possibly closer to double that number now, especially if illegal migrants are included. However, it is true that friction has grown, with many Chinese taking Indonesian jobs for which skills are in abundant supply, mostly in isolated regions of the country.

Given these labour market realities, the reform of foreign worker regulations can certainly be judged a step forward. Ensuring a more efficient transfer of approved foreign workers must be counted as a plus.

But the political stir makes it unlikely that further substantive reform will emerge before the 2019 elections. This is a great shame. An 18-month postponement in reform will only delay Indonesia’s efforts to adjust to the new demands of the internet age.

Chris Manning is an honorary associate professor with the Indonesia Project of the Australian National University. This article first appeared on the East Asia Forum under a Creative Commons License and is reproduced here with its permission.