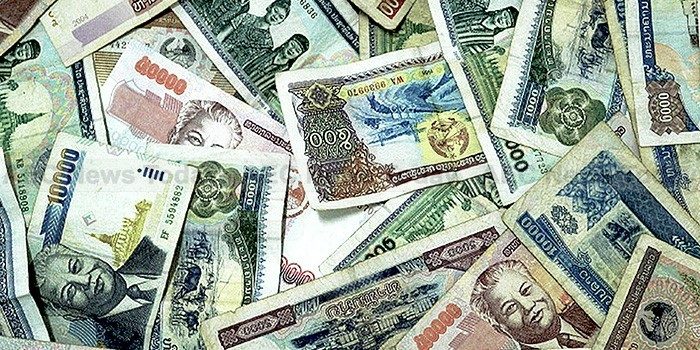 With a gross domestic product (GDP) averaging 7 per cent since 2000, the Laos economy is among the fastest growing in Asean. Despite this, in recent years the Laos economy has trended downwards. Amid global economic uncertainty, it remains to be seen how Laos will manage its macroeconomic policies and export diversification strategy.

The Laos economy is estimated to grow by 6.8 per cent in 2016, partly due to the Hongsa power plant, which produced an upsurge in power generation. This output growth was also helped by continued expansion in construction, services, and some manufacturing activities.

Although copper output fell by 4 per cent in the first six months of 2016, gold production rose by 15 per cent. The prospects for agricultural expansion are also looking good with favourable weather forecasts, though the potential for monsoon floods still poses a risk.

But the Laos economy continues to suffer from chronic fiscal deficits due to its narrow public revenue base and macroeconomic mismanagement. The newly elected government has elevated efforts on economic governance and fiscal consolidation to address these issues. Key measures introduced in 2016 included tightening public investment expenditures and broadening the revenue base to compensate for decreasing proceeds from mining.

To keep its budgetary position in check the Laos government needs to strengthen its revenue collection — a task that is already underway. The tax base will be expanded as the government reviews various exemptions.

Currently, investment incentives related to the importation of fuels, vehicles, and other investment inputs are putting a drain on public funds. In addition, the finance ministry must continue to strengthen the tax authority’s capacity to enforce revenue collection and fully implement electronic customs clearance.

In other areas, the lowering price of fuels and commodities has kept inflation low. In the first quarter of 2016, retail oil prices reached their lowest level in six years. Food prices picked up due to unfavourable weather. The inflation rate is projected to bounce back from 1.6 per cent in 2016 to 2.3 per cent in 2017.

As for foreign exchange, the Lao kip depreciated by 3.4 per cent against the Thai baht, but appreciated by 0.7 per cent compared to the US dollar in the first nine months of 2016. This is in line with the government’s efforts to maintain currency stability.

Overall, the Laos economy is expected to revive to a growth rate of around 7 per cent in 2017. The government is keeping a tight grip on macroeconomic policy, but current global economic uncertainty may present some unmanageable risks.

China’s economic slowdown is causing ripple effects in countries across the region, and Laos is no exception.

China is Laos’ largest investor with some US$6.7 billion spread across 760 projects including mining, hydropower, agriculture, banking, and real estate development. China is also backing a multi-billion dollar railway project linking Yunnan to Vientiane, which will further increase Laos’ connection with the rest of Asean. There are concerns that a lack of secure financing may impact some pipeline projects.

Spillovers from a decelerating Chinese economy have also translated into a downturn in bilateral trade. Laos-China trade in 2015 slid to $2.78 billion from $3.6 billion in 2014, a drop of 22.78 per cent. Sluggish global demand for Chinese exports is also squeezing Chinese importation demand, which includes the demand for minerals from Laos.

China, Thailand, and Vietnam account for 85 per cent of Laos’ exports. The country’s exports are not only concentrated geographically but also in terms of product composition. Resource-based products constitute a substantive share of Laos’ exports, with minerals and electricity accounting for over half of the total.

The heavy reliance on natural resource development and export market concentration leaves the Laos economy vulnerable. Laos must urgently diversify its economic structure and export basket – particularly in light of the establishment of the Asean Economic Community (AEC), which is expected to further liberalise movements of goods and services, capital and labour into 2017.

This diversification strategy should focus on sectors that can create jobs and impact poverty, including garments, handicrafts, tourism, and other activities in the hydropower, and mining sectors.

The Laos economy story does not end here. The next key challenge for the government is to restore economic growth and maintain macroeconomic stabilisation in time for the country to graduate from least developed country status by 2020.

This article was written by Buavanh Vilavong, an Australia Awards PhD scholar at the Crawford School of Public Policy, the Australian National University. It first appeared on East Asia Forum under a Creative Commons license and is reproduced here with its permission.