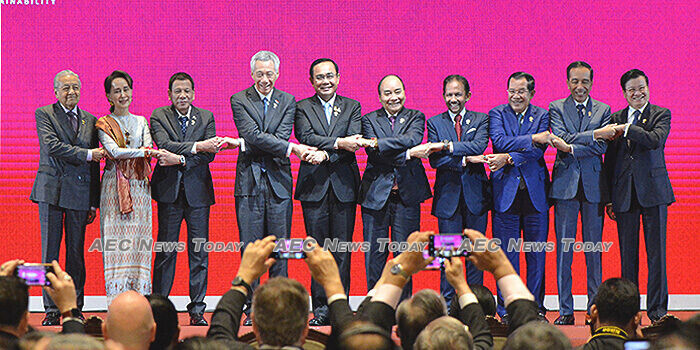 US Secretary of State Mike Pompeo said recently that the United States considers Chinese maritime claims in the South China Sea illegal. This is a fundamentally new stance.

While scholars and pundits are trying to make sense of what the statement means for the dispute, more interesting is how Asean will respond, as it is inevitably caught in the eye of the South China Sea storm.

The Philippines finds itself squarely in the centre of the dispute because of the 2016 Permanent Court of Arbitration tribunal award convened under the UN Convention on the Law of the Sea (Unclos) over its disputes with China.

It has also by far been the most vocal Asean member state in recent times. Philippine Secretary of Foreign Affairs, Teodoro Locsin Jr., marked the fourth anniversary of the award on 12 July by emphasising the unlawfulness of certain Chinese activities, and the need for compliance.

Secretary of National Defense, Delfin Lorenzana, also called upon China to comply with the award, while stressing the need for a rules-based order in the South China Sea. In apparent reference to Beijing, Senate President, Vicente Sotto III, also weighed into the discussion, stating that ‘what is unlawful can never be made lawful by the whims and caprices of a foreign power which treats the entire South China Sea as its territory’.

But the Philippine presidential office struck a cautious tone by stressing that, despite the Chinese government’s insistent refusal to comply with the award, Manila would continue to ‘agree to disagree’ with Beijing. It emphasised that the dispute should not constitute the sum total of bilateral relations, citing close economic cooperation.

Other Asean parties are even more circumspect. Given its long-avowed stance that it is not party to the dispute, Indonesia simply stressed that any country’s support for Indonesian rights in the Natuna Sea is ‘normal’.

Often seen standing up against Beijing in the South China Sea, even the Vietnam Ministry of Foreign Affairs responded to Pompeo’s statement by avoiding language that calls out China — another reflection of the desire to avoid provoking Beijing.

An official joint Asean response in support of Pompeo’s statement is even less forthcoming. While there might be room for a generic bloc statement that stresses the importance of Unclos without explicitly mentioning the 2016 award or openly calling out China’s behaviour in the South China Sea, it would be deemed unnecessary, as such generic Asean joint statements are already aplenty.

Within the 10-member bloc, there would be resistance to a joint statement that explicitly backs Pompeo’s statement for several reasons.

Certain Asean governments do not want to imperil their bilateral ties with Beijing, especially given close economic linkages. Some Asean governments might also see Pompeo’s statement as part of the intensifying US–China rivalry — regardless of whether the statement is framed in legal terms or from the standpoint of the rules-based order — and would desire no part in it.

It is also necessary to point out that some Asean governments may wish to ponder over the ramifications of any follow-on US actions to Pompeo’s statement, particularly sanctions against Chinese companies involved in Beijing’s South China Sea island-building and militarisation activities.

Any US sanctions could potentially affect Chinese investments in Southeast Asia, particularly in infrastructure development, under the Belt and Road Initiative (BRI). A Chinese state-owned company handling the Philippines’ Sangley airport project, for instance, was allegedly involved in the earlier construction of artificial islands in the Spratlys.

Some member states may prefer to sit on the fence and watch for any follow-up actions from the United States. There are of course inevitable fears among Asean member states that Pompeo’s statement could spark more tensions, especially if Beijing and Washington decide not to roll back their activities.

A tougher response from China against the United States in the disputed waters is expected, raising the spectre of potentially inflammatory incidents between maritime forces operating in close proximity.

If anything, Pompeo’s statement and the anticipation of escalated South China Sea tensions may nudge Asean to seek a quick conclusion of negotiations with Beijing on the proposed South China Sea Code of Conduct (CoC).

This would help ameliorate potential shocks to regional peace and stability, and assert the bloc’s relevance and centrality.

China is likely to advocate the same, if only to brandish the code as a demonstration of its ability to properly manage the dispute without the need for ‘meddling’ by others. But such a rushed conclusion of the CoC risk producing a suboptimal agreement.

That should be a cause for concern. It is time for Asean to stand up for itself, even if its member states choose to remain aloof from the US–China rivalry.

Forming a more cohesive position on the CoC should be the way forward. A proactive Asean ought to take charge rather than follow the lead of major actors in the South China Sea — whether that is China or the United States.

This article was written by Collin Koh , a research fellow at the S Rajaratnam School of International Studies (RSIS), Nanyang Technological University, Singapore. It first appeared on East Asia Forum under a Creative Commons License and is reproduced here with its permission.

RIMCHN a success, but Rimpac 2020 could be Beijing’s worst nightmare