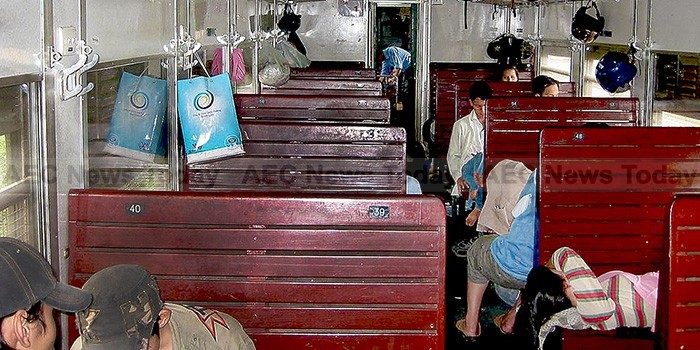 Vietnam’s economy has shown resilience in the face of global headwinds. In 2016 Vietnam GDP growth was an estimated 6.2 per cent — higher than the larger Asean economies of Indonesia, Malaysia, and Thailand. This growth has been bolstered mainly by robust domestic demand and strong performance in manufacturing exports. Yet the economic outlook is mixed as rising global economic uncertainty challenges Hanoi’s commitment to necessary medium-term structural reforms Vietnam SOEs.

Vietnam retail sales rose by 9.5 per cent during 2016, indicating a healthy degree of consumer confidence supported by hikes in public sector wages as well as increases in incomes generally. The purchasing managers’ index (PMI) rose to 54 in November from 51.7 in October this year — any number above 50 signals an expansion in manufacturing output. But cutbacks in oil production, weak external demand and falls in agricultural output due to drought have prevented Vietnam economic growth reaching the government’s earlier target of 6.5 to 6.8 per cent for 2016.

Domestic demand has been substantially underpinned by rapid credit growth (reaching 19 per cent year-on-year (YoY)) and government spending which, if unchecked, could spell trouble in the medium term. Still, for the time being, Vietnam is maintaining macroeconomic stability. Core inflation is low and headline inflation is at 4.9 per cent on a YoY basis for 2016, mainly due to increases in administered prices for education and health.

The Vietnam dong remained reasonably steady against the US dollar for much of the year. Foreign reserves rose steadily, albeit at 2.6 months of imports, just below the rule-of-thumb ‘comfort zone’ of three months.

Despite increased focus on efficiencies in government spending and tax collection, the budget deficit remains large at around 6 per cent of GDP. As a result, public debt is now close to the statutory limit of 65 per cent of GDP.

Much of this debt is in the form of long-term development assistance loans. These are likely to be rolled over, but a portion will need to be re-financed in the international capital market, at a time when US interest rates are expected to rise.

Despite this, its limited exposure to private international portfolio flows has tended to shield the Vietnam economy from some of the extreme market volatility.

Meanwhile, Vietnam has continued to improve its legal and governance framework. Vietnam has advanced in the World Bank ‘Ease of Doing Business’ index, from ranking 91st (of 189 countries) in 2011 to 82nd (of 190 countries).

But according to a report by the Bank in December 2016, Vietnam continues to lag behind other Asean countries such as Singapore, Malaysia, and Thailand in this respect.

Looking ahead to the medium-term future, the National Assembly in November adopted a new economic re-structuring plan for 2016–20 . This plan emphasises the importance of a robust domestic private sector and the need to continue to re-structure state-owned enterprises (SOEs) and the financial sector. It also outlines the need to improve labour and multi-factor productivity, including through re-structuring the land use rights market, and human resources development.

Even prior to November, Vietnam SOE reform had noticeably accelerated. At last, the Vietnam government seems prepared to let go of state-owned monopolies in consumer goods, such as the dairy company, Vinamilk, and alcoholic beverage manufacturers, Saigon Beer (Sabeco), and Hanoi Beer (Habeco).

The forthcoming sales of these monopolies are attracting considerable domestic and international interest (See: Foreign Investors Wait Major Vietnam Divestment With Bated Breath). Hopefully this momentum will continue and domestic private firms and Vietnamese consumers will be relieved of some of the costly burden imposed by Vietnam SOEs.

An accelerated programme re-structuring Vietnam SOEs would also go a long way towards resolving the non-performing loans (NPLs) in the banking system.

Officially the ratio of NPLs to total banking assets has fallen to around 3.7 per cent since the establishment of the Vietnam Asset Management Corporation (VAMC) in 2013.

But the operation of the VAMC means that the banks themselves, not the VAMC, still ‘own’ the NPLs. Banks have been allowed to swap their NPLs for ‘special bonds’ issued by the VAMC and use these bonds to borrow from the central bank (See: Vietnam Again Hints at Raising Bank Foreign Ownership Cap)

This means that insolvent banks have effectively been provided with temporary liquidity, but will have to redeem those bonds in future years. Failure to do so would result either in more bankruptcies or in calls for the state budget to recapitalise the banks. Obviously, an improved operating environment for Vietnamese industries would ease the burden of the NPLs and the reliance on the state budget at a time when Vietnam’s fiscal position and public debt are under pressure.

Time is starting to run out, and the new leadership team installed after this year’s Vietnamese Communist Party Congress will certainly face significant challenges.  With increased uncertainties over international trade and investment, especially given the moribund status of trade agreements like the Trans-Pacific Partnership (TPP), Vetnam’s leadership will have to sustain the political will to enact much-needed structural reforms over the next three to five years.

The stakes are high. The successful implementation of these reforms could determine whether the next generation of Vietnamese people reach the living standards of their Malaysian neighbours, or remain trapped in lower middle-income status.

This article was written by Suiwah Dean-Leung, an honorary Associate Professor of Economics at the Crawford School of Public Policy, the Australian National University (ANU). It first appeared on East Asia Forum under a Creative Commons License and is reproduced here with its permission.