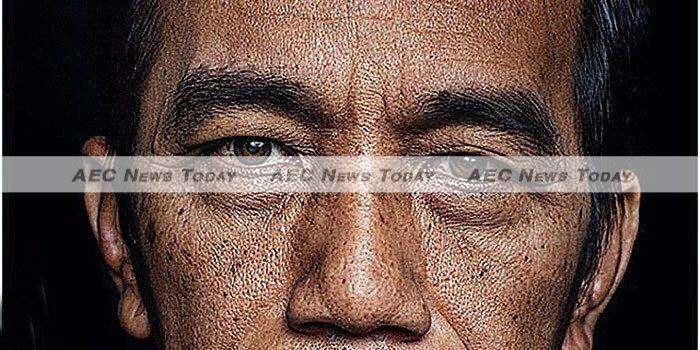 In his first year in office, Indonesian President Joko Widodo (Jokowi) failed to deliver on his promises of reform. As former New York governor Mario Cuomo nicely put it: ‘We campaign in poetry, but when we’re elected we’re forced to govern in prose’. Yet, six months on, things may be picking up for Jokowi.

It has been a rocky year. Jokowi was in a difficult position from his first day in office in 2014. He was inexperienced with no formidable political assets in parliament or in his own party. This may well be the reason behind his disappointing performance.

But recent adjustments Jokowi has made to his ruling formula look promising. As he found himself fighting with his own coalition more than the so-called opposition, Jokowi began to manoeuvre between the ruling and opposition parties in a way that has benefited him.

Changes in the opposition partly explain this adjustment. Since accusing others of cheating in the 2014 presidential race, Prabowo Subianto, Jokowi’s opponent in the election, has played nice towards the Jokowi administration. Prabowo now leads the so-called ‘Red and White’ opposing coalition (Koalisi Merah Putih (KMP)), which previously held a majority of seats in the Indonesian parliament.

Prabowo’s move to soften his opposition can be partly explained by the behaviour of the Jokowi government. Jokowi appeared to be causing disruption to opposition parties to manage his minority position in parliament. Jokowi’s government rewarded pro-Jokowi factions in Golkar and the United Development Party (PPP).

This, combined with a leadership dispute in Golkar and the PPP, significantly weakened the strength of the opposition parties. Although he is the leader of a coalition of five opposition parties, Prabowo realistically could only control his own party, the Great Indonesia Movement Party (Partai Gerakan Indonesia Raya (Gerindra)) and the Islamist Prosperous Justice Party (Partai Keadilan Sejahtera (PKS)).

Apart from putting pressure on his opponents, the Jokowi government also made efforts to weaken the opposition by appeasing other party leaders within the KMP.

In one notable case Golkar party head Aburizal Bakrie, the second most powerful opposition leader after Prabowo, was able to secure a Rp 781.6 billion  (about US$56,139 million) loan to compensate victims of the Lapindo mudflow disaster; his company, PT Lapindo Brantas, has been accused of being responsible for the disaster.

Jokowi also strengthened his standing in the Indonesian House of Representatives (DPR) by adding the National Mandate Party (Partai Amanat Nasional (PAN)) to the ruling coalition. But PAN did not join the coalition for nothing. Rumours have circulated that Jokowi will reshuffle his cabinet and will award two ministerial posts to PAN.

Yet this is a low political price for Jokowi. PAN is the fifth largest party with 49 seats, and its inclusion in the ruling coalition means that Jokowi has inched closer to holding a parliamentary majority. With the inclusion of PAN, Jokowi now has a total of 256 seats in the DPR (46 per cent), while the opposition coalition has dropped to 243 seats (43 per cent).

After the consolidation of Jokowi’s power base he began to devise strategies to regain broad popular appeal. He also launched a major stimulus package to deal with the worst economic slowdown in six years.

In October 2015 Jokowi was finally successful in stopping a decline in his approval ratings. The number of respondents who were satisfied with his performance rose sharply to 52 per cent in October from 41 per cent in June, according to a survey by Saiful Mujani Research and Consulting.

Despite signs that Jokowi is regaining public and political support, he enters 2016 looking surprisingly conservative. Jokowi’s failure to kick-start democratic reform was not merely a result of the entrenched oligarchs within his own party coalition or his lack of political experience and judgment. It is also a reflection of his own political conservatism.

This conservatism emerged during the controversies surrounding the allegedly corrupt senior police officer, Budi Gunawan. Budi was previously nominated as Indonesia’s police chief despite tough criticism from the public. Jokowi was reluctant to defend Indonesia’s Corruption Eradication Commission from allegations of criminal activity.

It seems that Jokowi lacks leadership not only on anti-corruption, but also on human rights issues. His harsh stance on the death penalty, for instance, is more a sign of his personal conservatism than a signal of decisive leadership.

There have also been rumours that Jokowi was behind a recently issued circular by national police on dealing with hate speech.

Civil society groups fear that the circular is a sign of a return to Suharto-style restrictions on freedom of expression. On top of this Jokowi’s main patron, Megawati Sukarnoputri, recently proposed abolishing one of the reformasi’s most important legacies: regional autonomy. And the Jokowi government has attempted to provide tax amnesty for financial crimes.

It seems that many have misread Jokowi. Some people, especially Jokowi’s volunteer base, will be surprised by what has transpired thus far. Jokowi was once a hailed as ‘a breath of fresh air’ in Indonesian politics, but he is now rapidly losing his political capital and momentum as a real reformer.

Written by Burhanuddin Muhtadi, the Australian National University (ANU). This article first appeared on East Asia Forum under a Creative Commons license and is reproduced here with its permission.

Can Jokowi Move Indonesia Beyond Protectionism?