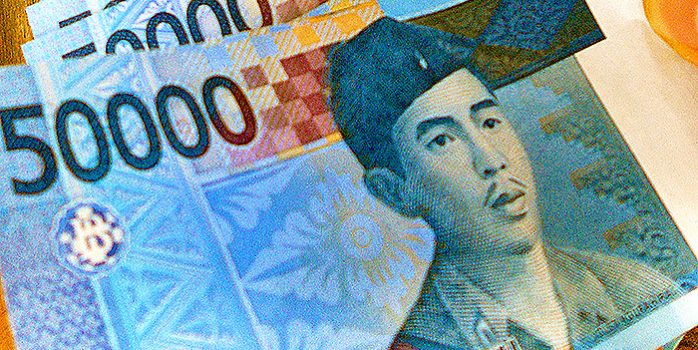 Once again Indonesia President Joko ‘Jokowi’ Widodo has reshuffled his cabinet. One pleasant surprise is the return of Ms Mulyani Indrawati, who until recently was managing director and chief operating officer of the World Bank. She accepted the offer to serve as the Minister of Finance, replacing Bambang Brodjonegoro who now leads the Ministry of Planning.

This decision is commendable. Ms Mulyani — who assumed the same post under former president Susilo Bambang Yudhoyono (SBY) from 2005 to 2010 — has a good track record. Euromoney named her Finance Minister of the Year in 2006 and Emerging Market ranked her as Asia’s Best Finance Minister in 2007 and 2008.

But the challenges that Ms Mulyani faces this time round are more daunting. The most immediate of these are the country’s budget posture and the Indonesia tax amnesty programme (See: Indonesia Tax Amnesty Programme to Fund Infrastructure Boom).

Indonesia has a very low tax-to-GDP ratio of 11 per cent — as compared to the Philippines’ 13 per cent and Malaysia and Thailand’s 16 per cent — which severely constrains the government’s ability to finance public expenditure. This is a major issue for Joko Widodo’s development agenda, which is heavy on infrastructure — an industry that requires huge amounts of funding — especially as incentives for the private sector are lacking.

Against this background the administration has come up with a herculean budget plan. The government has announced a tax revenue target of Rp1.539 quadrillion (about US$117 billion) for the 2016 budget, a 24 per cent increase from the 2015 collection. This is an overly ambitious target, given that in the past three years’ tax revenue growth has never reached 10 per cent.

This isn’t the first time that the Indonesian government has set unrealistic targets. In 2015, the tax revenue target was set at 30 per cent growth from 2014 levels, but it only realised 8 per cent growth, creating a record shortfall of almost Rp250 trillion ($19 billion).

Fortunately, it appears that Ms Mulyani has seen through this miscalculation. She expects to see a shortfall of Rp219 trillion ($17 billion) this year. If she is correct, the tax collected will only amount to around Rp1.320 quadrillion (approximately $100 billion) implying a much more realistic 6.4 per cent increase from what was collected in 2015.

As for the 2017 Indonesia budget, Ms Mulyani has proposed a target of 13 per cent growth in tax revenue (to around Rp1.495 quadrillion or $113 billion). But if tax revenue grows at the more ‘normal’ rate of 8–9.5 per cent, then the realised tax revenue will be around Rp50–70 trillion ($4–5 billion) short. The reason for this discrepancy is perhaps Ms Mulyani counting on returns from the Indonesia tax amnesty programme — another issue that Ms Mulyani must deal with.

The first Indonesia tax amnesty programme was rolled out in 2008 under the name of the ‘sunset policy’. It was aimed at widening the tax base and increasing the tax ratio. By the end of that year, tax revenue exceeded its target by almost Rp50 trillion ($4 billion). Based on its success, the current Indonesian government has introduced a new tax amnesty programme that focuses more on repatriating Indonesians’ assets from abroad and includes both waives on sanctions and reductions in the principal amount to be taxed. This is much more complicated than the first sunset policy, which only focused on waiving sanctions and interest.

In her first month back in office Ms Mulyani has tried to mitigate some of the potential risks of this complicated programme and put forward some more realistic tax targets. Hopefully by managing expectations on the effectiveness of the tax amnesty Indonesia tax amnesty programme Ms Mulyani can improve the country’s fiscal credibility even further.

But the Ministry of Finance is not just about tax collection. Reform of the entire Indonesia tax system and bureaucracy were previously among Ms Mulyani’s top priorities and this focus will hopefully re-emerge. Other priorities should include improving how village and healthcare funds are managed.

Ms Mulyani’s reappointment to the Ministry of Finance is a positive step for the Indonesian economy. Hopefully, she can help Indonesia successfully navigate its economic challenges and implement much-needed reform.

This article was written by Arianto A. Patunru, a fellow at the Crawford School of Public Policy, the Australian National University (ANU). It first appeared on East Asia Forum under a Creative Commons license and is reproduced here with its permission.