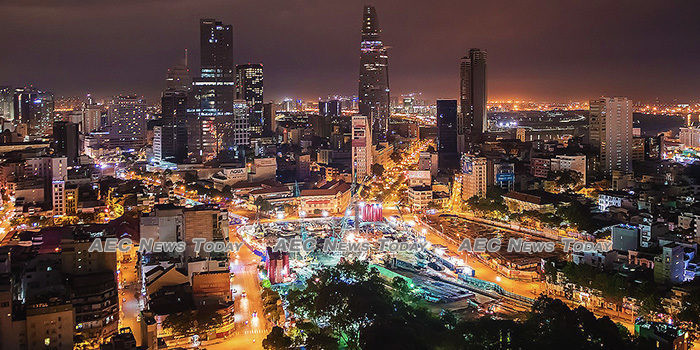 Identified by The World Bank (WB) as among the top three fastest growing economies in East Asia in 2019, Vietnam’s economy last year again demonstrated its resilience in the face of a falling Manufacturing Purchasing Managers’ Index  (PMI) and dwindling business confidence globally.

Compared with 3 per cent growth in world gross domestic product (GDP) and 4.3 per cent growth for the region in 2018, for 2019 these figures are expected to reach just 2.6 per cent and 4 per cent respectively.

Despite this the Vietnamese economy is on track for an expected growth rate of 6.8 per cent — slightly slower than 2018, but on par with 2017 — driven mainly by domestic consumption and export-oriented manufacturing.

Headline inflation year-on-year was about 2.2 per cent in October 2019, despite increases in the administrative prices of healthcare and education. The outbreak of African swine fever (ASF) did not seem to affect food prices, and lower fuel prices also helped to contain inflationary pressure.

With relatively low inflation and robust growth in nominal wages (13.1 per cent) as the workforce moves away from agriculture towards more productive manufacturing and services jobs, poverty rates have continued to fall.

Those in extreme poverty (living on less than US$1.90 per day) are now estimated by the World Bank to be less than 2 per cent of the population.

Monetary policy has been prudent, with credit growth at 12.5 per cent — within the central bank’s target of 14 per cent for 2019.

Overall banking stability has also improved, with a more active resolution of non-performing loans through the seizure and sale of collaterals and debt restructuring.

On the fiscal side, consolidation is being achieved through a combination of cutbacks in government capital spending and asset sales.

Capital expenditure fell by 5.6 per cent between 2018 and 2019, largely because of slow disbursement rates in some ministries and provinces.

On the revenue side, assets such as land-use rights and state-owned houses have been sold, and divestment from state-owned enterprises has occurred. But these are one-off events and increased efforts need to be put to the improved collection of tax revenue.

Public debt down: Exports, FDI up

Still, the current consolidation has enabled public debt to fall to 56 per cent of GDP, well below the 65 per cent limit set by the National Assembly. But this limit is still above the 55 per cent GDP ceiling recommended by the International Monetary Fund (IMF) for prudent management of long-term debt.

This is a creditable performance in the face of much headwind and uncertainty in the global economy.

Exports to the United States rose by almost 28 per cent in the first nine months of 2019, compared with about 18 per cent in 2018, showing that in the short term, Vietnam has been a beneficiary of the trade diversion effect of the US–China trade war.

Foreign direct investment (FDI) inflows have also continued at the high levels reported in 2017 and 2018, again further evidence of the resilience of the Vietnamese economy.

As a result, international reserves have risen by an estimated equivalent of 0.4 per cent of imports from late 2018 to late 2019.

According to a recent report by the World Economic Forum (WEF) Vietnam has also moved up 10 places in the Global Competitiveness Index.

In the medium term, the outlook according to the World Bank is a comparatively healthy growth rate converging around 6.5 per cent in the next two to three years. But the weak link between export-oriented foreign firms and the domestic sector is a continuing concern, while the lack of long-term finance and the scarcity of skilled labour are two issues continually voiced by the domestic private sector.

At the same time, the slowing down of state-owned enterprise reform and divestment — a process that begun in earnest in 2016 — is regrettable.

No doubt, the movement away from the public debt ceiling of 65 per cent of GDP will have eased the political pressure on state asset divestment. But this structural reform must continue if the domestic private sector is not to be crowded out in the years to come.

Associated with state-owned enterprise (SOE) reform is the state–business relationship.

The 13 conglomerates known as the State Economic Groups (SEGs) were formed in 2007 upon Vietnam’s entry into the World Trade Organization (WTO). The rationale was that Vietnam needed large companies in order to compete in the world economy.

Because these conglomerates are largely controlled by the central government, they are at times directed to place investment projects in provinces in return for political support.

A number of these SEGs have gone bankrupt, and the anti-corruption campaign has resulted in the demise of several high-ranking officials. However, systemic cronyism needs to be tackled if Vietnam is to move beyond a middle income country in the long term.

The Vietnam economy has shown great resilience against global headwinds and uncertainties. It is hoped that the authorities will take advantage of this resilience and continue with structural reforms to cement Vietnam’s future.

This article was written by Suiwah Leung, ANU, an Honorary Associate Professor of Economics at the Crawford School of Public Policy, Australian National University (ANU). It first appeared on East Asia Forum under a Creative Commons License and is reproduced here with its permission.