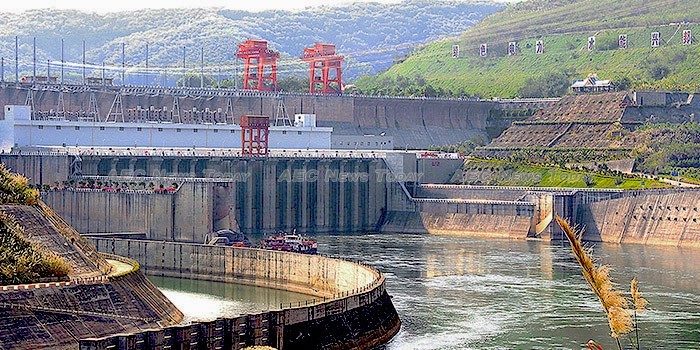 The drastic reduction in sediment flow in the Mekong River is threatening the stability of the delta and the livelihoods of millions of people who depend on its resources says a new study by the United Nations Educational, Scientific and Cultural Organization (Unesco) and the Stockholm Environment Institute (SEI).

The study is based on a literature review which found that over the past decade research on the topic has largely focused on losses of suspended sediment (mainly silt and sand) while failing to take into account bed load sediment (larger particles that are critical in transporting nutrients for fisheries).

“This is further altering the total sediment load of the Mekong mainstream,” Thanapon Piman, lead author of the UNESCO-SEI report and research fellow at the SEI Asia Centre, Bangkok, told SciDev.Net.

If all the dams proposed for the Lower Mekong Basin are developed — including the planned or ongoing 11 mainstream dams — it could prevent up to 94 per cent of the river’s sediment load from being transported downstream, the study warns.

This will lead to loss of nutrients vital for the basin’s fisheries and for soil fertility in the floodplains along the entire basin, especially the Tonle Sap in Cambodia and the Mekong Delta in Vietnam. Poor rural populations that depend on the river for irrigation, soil fertility, fisheries, or water-related natural products will be affected.

Diana Suhardiman, a Lao-based senior researcher for policy and institutions at the International Water Management Institute (IWMI), told SciDev.Net that the study misses out on overall system interconnectivity pertaining to sediment transport checks and balances. For instance, dam construction may reduce sediment downstream, but results in increased sediment deposits elsewhere.

She adds that dam design and releases also need to be included in the study as they are important in determining sediment transport and the spread of different particles.

“In my view the current problem of uncontrolled, changing sediment transport is closely related to the lack of coordination and cross-sector collaboration between the different key stakeholders,” said Suhardiman. “Hence, proposing the latter as a way forward, without for instance grounded institutional analysis, sounds a bit prescriptive, not to mention the fact that this lack of coordination problem is actually a bigger magnitude problem in itself.”

In practical terms, she emphasizes the need of having a detailed overview map of both legal and illegal sand mining to help in sustainable sediment management.

This article was written by SciDev.Net’s South-East Asia & Pacific desk and first appeared on SciDev.net as Dams, mining destabilising Mekong delta — study under a Creative Commons licence and is reproduced here with its kind permission.