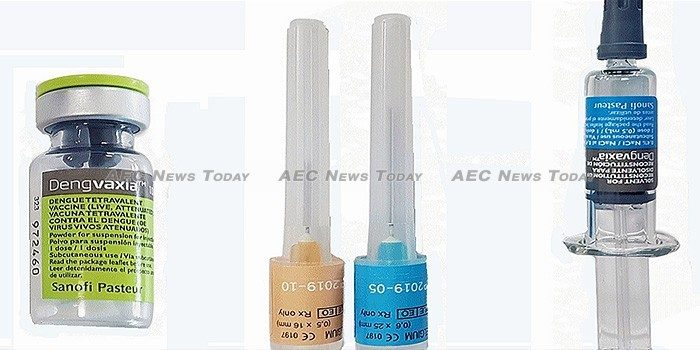 As Philippine scientists and politicians fight over the failure of Asia’s first mass dengue vaccination programme the biggest casualty may be people’s trust and confidence in vaccination and other government-led public health programmes as effective ways to fight diseases.

When the Philippines launched the dengue vaccination programme on April 4, 2016 using Sanofi Pasteur’s Dengvaxia®, it was with great fanfare and optimism. Dengue is highly endemic in the Philippines, with an average of 200,000 cases each year.

Today, the Philippine Senate is investigating the halted public health programme, while lawyers representing dengue victims are threatening a class action suit against Sanofi Pasteur and government officials involved in it.

With the media prominently reporting on suspected dengue vaccine-related child deaths, public trust in vaccination programmes has taken a beating, extending to other public health programmes. Families in poor communities are now refusing to take part in free basic child care programmes such as deworming.

Almost immediately after the news came out a number of parents came forward claiming that their children either got sick or died as a result of the vaccination programme.

Timeline to a Public Health Nightmare

Let us review the facts briefly:

In an interview SciDev.Net, Mr Duque said that the Philippine Department of Health (PDH) is looking into at least 24 deaths with suspected links to the mass vaccination programme.

Unsurprisingly the Philippine media has kept the Dengvaxia issue in the headlines ever since Sanofi Pasteur made its announcement with broadcast and social media airing dramatic and emotive photos and videos of mothers crying over dead children whose deaths have been attributed to dengue, yet who had been vaccinated.

The Philippine Senate, through its investigative and anti-corruption Blue Ribbon Committee, has conducted several hearings on the public health programme fiasco, with former Philippine President Benigno Aquino III among those who have testified and who could face charges.

So what has been learned from this fiasco?

First, we are reminded again that haste makes waste. I confess to being gung-ho when I wrote about the launch of the Philippine dengue vaccination programme in 2016. It seemed a bold and pioneering move, considering the number of cases in the Philippines.

However, the Philippine government could have been more conservative in deploying the new vaccine, especially in this case since it involved children. Why start on such a massive scale? Testing the dengue vaccine on a smaller sample size as an extension of the clinical trials while Sanofi Pasteur completed its own tests would have been ideal.

The result is that the public is now wary of other public health programmes. This scepticism could extend more broadly to scientists talking of new technologies that could affect health, such as genetically modified (GM) foods or crops.

The trickle-down effect is causing such concern that on January 31 a group of leading Filipino physicians and scientists published a statement in leading newspapers expressing concern that the misinformation generated by the Dengvaxia controversy ‘has eroded public confidence in the country’s vaccination programmes and other public healthcare endeavours.

‘If this trend continues then we may find ourselves faced with outbreaks of debilitating and life-threatening diseases that we have already been able to control through our vaccination programmes”, the statement emphasised.

While the Philippines has the distinction of being the first country in the world to introduce Dengvaxia in a mass vaccination public health programme, it is now paying the price for this dubious ‘honour’.

At the same time it is difficult to counter claims that Filipino children appear to have been used as ‘lab rats’ in the development of a new dengue vaccine, with the scientific and health community’s reputation taking a hit as a result.

What the long term effect this will have on future public health programme initiatives in the Philippines and elsewhere is at this stage unknown.

This article was written by Crispin Maslog, a former journalist with Agence France-Presse, an environmental activist and former science professor at Silliman University and University of the Philippines Los Baños. He is a founding member and now Chair of the Board of the Asian Media Information and Communication Centre (AMICC). It first appeared on SciDev.Net’s Asia & Pacific desk under a Creative Commons License and is reproduced here with its permission.

Dengue Vaccination Fiasco a Setback for Public Health Programmes (video) added by SciDev.Net on February 7, 2018
View all posts by SciDev.Net →