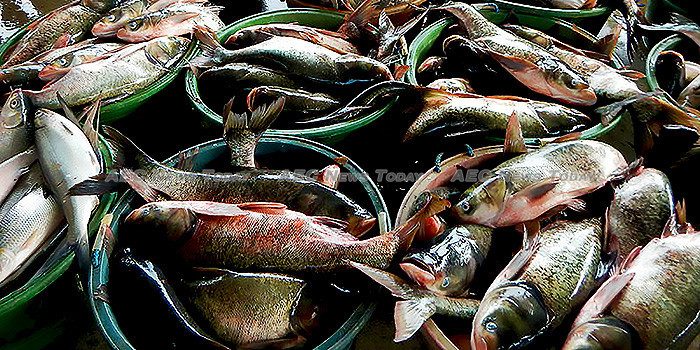 The marine fisheries harvest in the Philippines may vanish by 2050, according to the latest projections made in a new study on the marine impacts from climate change.

“Being near to the equator and having some of the warmest waters in the world, further warming would bring great uncertainty on the possible responses of marine organisms to continued climate change” said Rollan Geronimo, a marine ecologist at the University of Hawaiʻi, Mānoa.

Mr Geronimo, who is also a member of the Coral Reef Ecosystem Program (CREP) of the National Oceanic and Atmospheric Administration (Noaa) in Washington, said the study had evaluated the future suitability of the Philippine seas for 59 species now sold in public markets.

The study revealed that warmer waters would drastically change the habitat for all 59 species and affect harvests, with existing habitats no longer tolerable for mackerel and large pelagic species.

“The eight species vulnerable to local extinction could be used as climate indicators given that these species could already be living near their thermal thresholds”, he said.

Fish caught in the Philippine waters are some of the most affordable sources of protein. Over 1.7 million of the country’s fisherfolk depend on the seas for catch and livelihood.

“If global mitigation of greenhouse gases is implemented intensively by the 2050s, the seas in the Philippine Exclusive Economic Zone will be warmer by 0.77 degrees Celsius to 1.10 degrees Celsius. Salinity will be lower by 0.10 Practical Salinity Unit (psu) to 0.45 psu, the measured salinity of sea water”, Mr Geronimo said.

“The worst case and the likely scenario, given the current rate of emissions and assuming minimal mitigation, will lead to much warmer [up to 3.1 degrees Celsius] and lower salinity in the Philippine seas,” he said.

“With the mild climate change future scenario, most species will experience a 15—30 per cent reduction in habitat suitability, driven mainly by the projected increase in sea surface temperature.”

Because of its tropical setting the Philippine seas are among the warmest in the world and its fisheries are mostly confined to coastal waters of the complex archipelago.

Angel Alcala, a Philippine national scientist and former president of Silliman University, points out that the species identified by the study are generally shallow water food fish.

“Assuming ocean currents don’t change much, it could be expected that the deeper ocean waters [100-200 metres ( abut 328-656ft) deep] would be cooler. Fish species that range from shallow reefs to deeper reefs could possibly escape extinction,” Mr Alcala said.

“This is the reason why we should identify species that can survive deep ocean habitats. They are the ones that could supply people the much-needed protein food.”

Rafael Ramiscal, chief of capture fisheries division of the Philippines Bureau of Fisheries and Aquatic Resources, expressed other worries about the issue.

“In addressing climate change, we should always recognise other threats to fisheries — there’s also overfishing, which adds to stress”, he said.

He cited strictly enforced policies to reduce pressure on fisheries.

“This may be in the form of species-specific management measures, which may focus on the most at-risk species to climate change by 2050.”

This article was written by Paul Icamina, a business man, Science & Technology, General Assignments Reporter at Malaya Business Insight. It first appeared on SciDev.Net’s Asia & Pacific and is reproduced here with its permission.