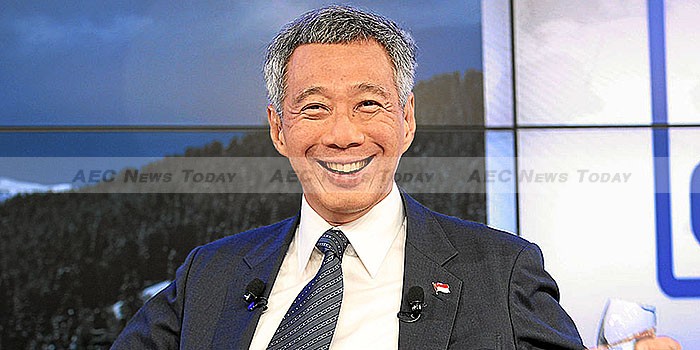 Singapore’s People’s Action Party (PAP) is riding high in the saddle again. After a decade of slightly sagging fortunes in which the long-ruling party’s share of the national vote slumped from over 75 per cent in 2001 to barely 60 per cent in 2011, the PAP rebounded mightily in the 2015 Singapore General Election on September 11, snaring nearly 70 per cent of votes cast.

This only secured the PAP one additional seat in parliament, since extreme malapportionment and gerrymandering had already translated its 60 per cent share of the votes, absurdly, into over 93 per cent of all seats. But it was still a result sure to make Singapore’s rulers bask in the soothing glow of self-satisfaction.

They would have more reason to gloat if they won the election democratically. Singapore may have competitive elections, but they are still authoritarian elections.

By definition democracy requires a reasonably level playing field between the government and the opposition. Singapore’s competitive terrain is so farcically uneven that it looks more like a hunting ground than a field of play.

State resources flow freely and unapologetically to the PAP’s partisan benefit. The media is closely monitored and bridled. The election commission lacks independence (hence the gerrymandering). Assembly is tightly curtailed. Dissidents reasonably fear various legal and administrative punishments. And so do voters, who face potential collective punishment for their districts if they swing toward the opposition.

This isn’t to say the PAP couldn’t win democratic elections. Of course it could, and this is precisely the point. Friday’s election broadly captured the will of the Singaporean people. The majority wants the PAP to rule. And why shouldn’t they? Singapore has become one of the wealthiest societies on earth while the PAP has been in power.

Inequality is rising steeply, but where isn’t it? The PAP took their 2011 setback to heart, responding to citizen complaints with new spending programs (which are popular) and new limits on immigration (which is not). This was a genuine electoral landslide; it just wasn’t a democratic one.

So why does the PAP insist on maintaining control through authoritarian elections? We tend to assume that governments that maintain authoritarian controls do so to stay in power. But that argument simply doesn’t wash in the Singaporean context.

The 2015 Singapore General Election result might well lead the PAP to conclude that its combination of open-handed spending and strong-armed social control remains an invincible one. But its popularity comes from how much it does for Singapore’s people, not from how much it intimidates them. If the PAP is a ‘philanthropic ogre’, as poet Octavio Paz once dubbed Mexico’s ruling party, why not just preserve the philanthropy and ditch the ogre routine?

There is ample precedent for doing so. As Joseph Wong and I have argued, most of Asia’s democracies have come about because authoritarian rulers wanted to keep ruling without staying authoritarian. It started in the late 1940s in Japan, where conservative politicians stuck with democracy, even when Cold War considerations made the United States stop caring much about it, because it delivered them landslide victories.

Taiwan followed suit by the 1980s, and the island remains wealthy, stable and democratic to this day. South Korea democratised at nearly the same historical moment. Its old ruling party currently holds power some 30 years later, just as the old Kuomintang does in Taiwan.

The PAP could become a democratic dominant party as surely as — indeed even more surely than — its predecessors in Japan, Taiwan and South Korea. The 2015 Singapore General Election may have been one of the PAP’s most successful authoritarian elections; but it could also be Singapore’s final authoritarian election, if the PAP would simply decide to make it so.

When pondering this ‘democracy-through-strength’ scenario, PAP leaders might consider the lessons of its downward-spiralling neighbour, Malaysia. Barely a decade ago, Malaysia’s ruling party had its own turn for a good electoral gloat.

Back in 2004, Malaysia’s Barisan Nasional (BN) coalition recovered from its stiff 1999 setback by hauling in its largest parliamentary seat share ever, at over 90 per cent. The key lesson learned was that any and all pressures and imperatives for democratic reform had been snuffed out for good.

How wrong they were. The 1999 electoral setback wasn’t the exception; the 2004 landslide was. Coming in the wake of Mahathir Mohamad’s long-awaited retirement, Malaysia’s 2004 election gave a mandate to his successor to pursue deeper reforms. That opportunity was squandered, and the BN has watched its support continuously haemorrhage, especially among young urbanites.

The 2008 and 2013 Malaysian elections saw the BN shrivel from a behemoth with over 90 per cent of all seats to one with less than 50 per cent of all votes. Malaysia’s ruling party now finds itself in a situation where, short of democratic reform, it has no tools left to regain the support of the lion’s share of its most dynamic population.

Singapore’s slide in that direction is nowhere near as advanced. But why not stop it before it even really gets started? The PAP has a golden opportunity to be in power for yet another 50 years. If only it would decide to make the 2015 Singapore General Election Singapore’s final authoritarian election.

Dan Slater is associate professor in political science at the University of Chicago. His recent EAF piece on Malaysia’s current political crisis can be found here. His twitter account is @SlaterPolitics. This article first appeared on East Asia Forum under a Creative Commons license and is reproduced here with its permission.