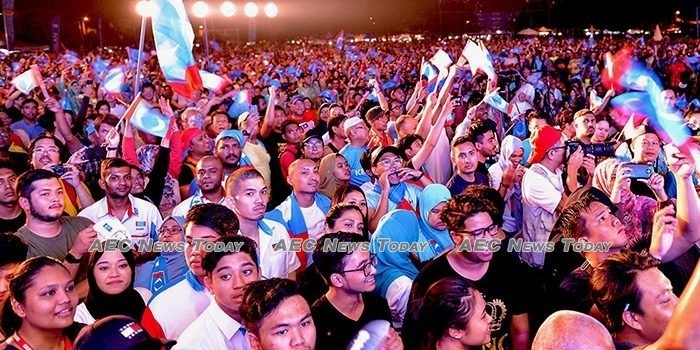 The victory of the Pakatan Harapan coalition in last year’s Malaysian general elections which saw the first-ever change of government via an electoral process raised widespread expectations for long-suppressed reform.

In particular need of attention is the electoral process itself. It is widely accepted that Malaysia’s existing ‘rules of the game’ are not fit for purpose, offering too many opportunities for governments willing to indulge in electoral malpractice and not enough of the independent checks and balances needed for democracy to thrive.

Only a landslide vote for change in the May 2018 elections — on the back of public revulsion at the extent of government corruption — was sufficient to surmount these structural barriers and ensure a peaceful transition of power.

Malaysia now has an opportunity to redraft its electoral laws to make sure that some of the most egregious dysfunctionalities of the old system do not reappear.

In October 2019 the ERC publicly backed a shift to proportional representation (PR). If introduced, this reform would be the single biggest change in Malaysia’s electoral history.

Proponents of reform have proposed a two-step process,which would see the 2023 Malaysia general election held under a system which runs district and list seats in parallel.

Under this mixed-member majoritarian (MMM) model 111 closed-list seats elected at a national level would be added to the existing 222 single-member districts. Additional steps will be taken to create more equal electorates across both West and East Malaysia.

While a major reform, this change can be seen as an enhancement to Malaysia’s existing representational system more than a wholesale replacement.

It would provide continuity with the current Westminster-style parliament elected from local districts, while also offering opportunities for new parties with a more widely dispersed vote to gain representation through the national list.

An even more ambitious reform has been floated for General Election 16 in 2028: a move to fully proportional representation via a compensatory mixed system.

Under such ‘mixed member proportional’ (MMP) systems, party-list seat allocation is adjusted for any disproportionality arising from the district contests.

In other words, if a party won 30 per cent of the overall vote nationally, but only 20 per cent of district seats, it would be awarded the requisite number of list seats to make its total seat share 30 per cent.

While guaranteeing numerically fairer representation, PR has some real downsides in multiethnic societies.

As long as voters follow identity cues, even small minorities can form their own political parties without any need to bridge social cleavages.

Larger groups also run the risk that they will be outbid by more extremist parties from their own group, creating a cycle of ‘polarised pluralism’. While such outbidding is already part of Malaysian politics, it could become even more prevalent under full PR.

Moving to a mixed system would also entail administrative challenges.

Malaysian elections would become more complex for both voters and politicians.

Under both the MMM and MMP proposals, voters would have to complete two ballots, choosing a candidate in one and a party in the other.

Politicians would have to choose which seats to stand for, or whether to move between the two.

And fairer representation would be offset by less direct linkages between politicians and their constituents, at least for the one-third of seats to be determined by proportional representation.

Perhaps in recognition of this the ERC has proposed maintaining the existing ‘first-past-the-post’ system — which ties representatives to a local constituency — for state-level elections.

Given Malaysia’s history of electoral malapportionment and gerrymandering on behalf of UMNO, the ERC has also proposed that electoral boundaries be set by an independent body rather than the Electoral Commission.

But a mixed system also has its advantages. Parties in the same coalition could compete against each other more easily by running separate lists — giving them a more objective measure of their relative strength to determine the allocation of ministerial positions and state funding for parties. This would help in terms of alliance management within the Pakatan Harapan coalition.

Mixed systems also allow politicians more flexibility and assurance over their career path, allowing those whose constituency changes or disappears in a redistribution to run on a national list instead. Some countries allow politicians to nominate for both district and list seats or for losing district candidates to re-appear on the party list.

The ERC needs to submit its full report and detailed electoral reform proposals including systems, processes and legal amendments by mid-2020. Whether the government will accept these proposals remains unclear.

Reformist urge wanes once in office

Some erstwhile reformers in Malaysia are now experiencing an ‘iron law’ of electoral change — that politicians who pushed for electoral reform when in opposition can become much more reticent about changing the rules once in government.

After all, the thinking goes, they were elected under the existing rules, so why change? This ‘dance with the one that brought you’ mentality can see long-sought reforms relegated to a lower priority once former opposition parties take their place on government benches.

Incumbent regimes and opposition movements face different incentives over reform depending on their own electoral prospects.

Established major parties or those who think they will be able to win outright have an incentive to stick with plurality to maximise the seat bonuses that such systems typically provide to the largest party.

This explains incumbent party support for such systems at the time of the transitions elsewhere in Asia, such as Golkar in Indonesia in 1999 or the National League for Democracy in Myanmar in 2015.

By contrast, declining governing parties, or challengers less sure of their prospects, are often tempted to choose PR, in order to protect themselves from an electoral wipeout and guarantee their retaining a fair share of seats — one reason that departing Communist parties all pushed for PR in Eastern Europe after the fall of the Berlin Wall.

Seen this way, much depends on rational calculations of future electoral support. In the absence of a clear answer, mixed systems such as the one proposed by the ERC — often look like a reasonably safe mutual bet against electoral uncertainty.

This article was written by Benjamin Reilly, a Professor at the School of Social Sciences, the University of Western Australia, and a member of Southeast Asia Rules-Based Order project, funded by DFAT, which supported this research. It first appeared on East Asia Forum under a Creative Commons License and is reproduced here with its permission.