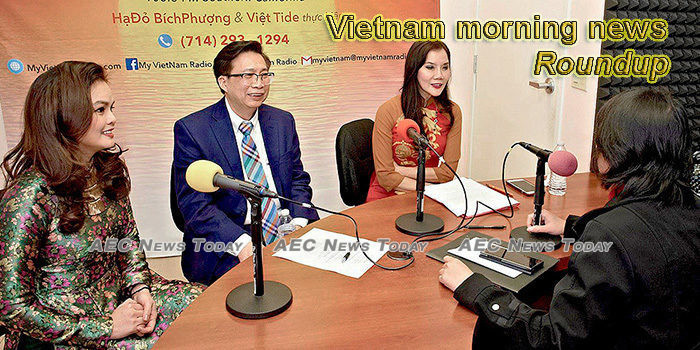 Vietnam Airlines Says Losing $10.8 Million in Revenue a Week Due to Virus
Vietnam Airlines said on Thursday it was losing up to 250 billion dong ($10.8 million) per week in revenue due to travel curbs resulting from the coronavirus.
— New York times

Vietnam quarantines commune of 10,000 over coronavirus
Villages in Vietnam with 10,000 people close to the nation’s capital were placed under quarantine on Thursday (Feb 13) after six cases of the deadly new coronavirus were discovered there, authorities said.
— Channel NewsAsia

World Bank: Vietnam’s auction shift to unlock orderly solar boom
One of Asia’s key solar markets could push capacity to the double-digit-gigawatt region within 10 years if it presses on with a shift from feed-in tariffs (FiT) to auctions, according to the World Bank.
— PV-Tech

Vietnam fears it might not hit GDP growth target in 2020 due to Covid-19
Vietnam might fail to achieve its 6.8 per cent GDP growth rate target set earlier this year as the novel coronavirus epidemic continues to take a heavy toll on the global economy, according to the Ministry of Planning and Investment.
— The Star Online

Will Vietnam’s War on Corruption Heat up in 2020?
During a busy year, the future evolution of Hanoi’s anti-corruption efforts hangs in the balance.
— The Diplomat

IAM monitors H5N6 outbreaks in Vietnam, Germany
The Municipal Affairs Bureau (IAM) said in a statement on Wednesday that it is monitoring the outbreak of the H5N6 bird flu in some regions in Vietnam and Germany, pointing out that H5N6 is “highly pathogenic”.
— Macua News

Vietnam prohibits car maps violating its territorial integrity
Companies importing cars with navigation systems in which Vietnamese maps are not accurate will hereafter have their licenses suspended and then revoked.
— VnExpress

Passenger flying into US from Vietnam caught with ‘prohibited pork’ stashed in noodle cups
Agents from US Customs and Border Protection confiscated more than two pounds of prohibited pork products that an airline passenger from Vietnam had hidden in cups of noodles at a Washington DC-area airport, authorities said Wednesday.
— New York Post

HCM City promises adequate food supply, says epidemic not a cause for worry
HCM City authorities have assured there would be no short supply of foodstuff and other essential goods because of the novel coronavirus epidemic.
— Viet Nam News

Europe Notches New Trade Win as Vietnam Pact Clears Final Hurdle
The European Parliament approved a free-trade agreement with Vietnam after winning concessions from Hanoi that may show the way for ratification of a bigger commercial deal between Europe and South America.
— Bloomberg

VN might not reach GDP growth target in 2020 due to COVID-19 outbreak: ministry
Việt Nam might fail to achieve its 6.8 per cent GDP growth target set earlier this year as the coronavirus epidemic continues to take a heavy toll on the global economy, according to the Ministry of Planning and Investment.
— Viet Nam News

Public companies fined for late share trading
Six companies have been fined VNĐ300-350 million (US$12,920-15,070) each for not trading shares on the stock market after becoming public.
— Viet Nam News

Shrimp expo in Vietnam postponed due to coronavirus
A government-sponsored exhibition that was previously planned to take place in Vietnam’s Mekong Delta in March has been rescheduled to June in response to the coronavirus outbreak.
— Seafood Source

Quảng Trị strives to become regional energy centre in 2025
Local leaders said they had seen breakthroughs in attracting investment in its energy sector in the past few years.
— Viet Nam News