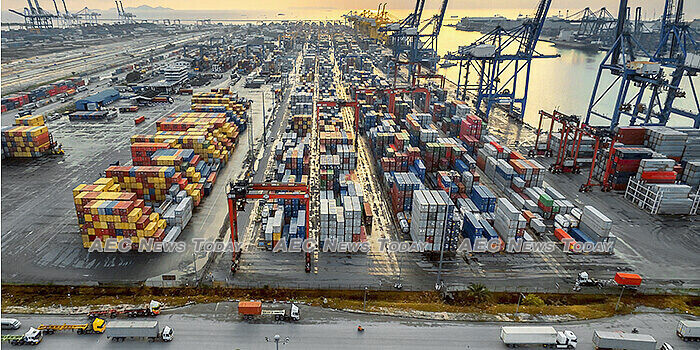 When Myanmar’s military regime began opening up the country politically and economically in 2010, one motive was to alleviate the country’s overreliance on China.

Ten years down the road, in the context of China’s Belt and Road Initiative (BRI) and the threat of new Western sanctions triggered by human rights violations (HRV) against the Muslim Rohingya minority, and China’s influence appears hardly diminished.

When the quasi-civilian government under former president Thein Sein took over from the military junta in 2011, it launched a plethora of reforms to liberalise Myanmar’s economy and its political system.

On the economic front, signature reforms included the Foreign Investment Law (FIL) of 2012, which facilitated the flow of foreign capital into Myanmar. The state’s monopoly in the telecom sector was ended and licenses issued to three foreign providers.

A plethora of laws and reform

The economic reform momentum slowed when a new government led by the former opposition party, the National League for Democracy (NLD), took over in 2016.

Under the leadership of State Counsellor Aung San Suu Kyi, its initial focus was on peace, national reconciliation, and cementing the democratic transition. The October 2016 humanitarian crisis in Rakhine State pushed economic policy-making further to the back seat, disenchanting the business community.

That same month though, the parliament enacted the revamped Myanmar Investment Law (MIL), creating a level playing field between domestic and foreign investors.

The Myanmar Companies Law followed in 2018. It allows foreigners to have stakes of up to 35 per cent in domestic enterprises without prior approval from the regulator while maintaining local status.

More recently, the insurance industry opened up and the wholesale, retail and banking sectors were further liberalised. In 2019, four new laws were passed to improve protection of intellectual property rights, addressing a key concern of Western investors.

Many of these reforms were partly driven by the desire to lure Western companies into investing in or doing business with Myanmar enterprises. Step by step, Myanmar was re-integrated into the international community and global economy. Its external trade took off and foreign capital started to flow in.

But after the atrocities against the Rohingya became public, Western politicians turned sceptical. Both the European Union and the United States imposed sanctions against Myanmar military and police commanders and threatened to withdraw preferential market access. Germany suspended its development cooperation with Myanmar.

Yet the mood changed more slowly among Western businesses. Myanmar exports to the West continued to increase after 2016, although export growth to the United States decelerated. Western foreign direct investment (FDI) also kept flowing in, albeit in smaller amounts.

Despite this rapid trade surge, EU and US shares in Myanmar’s total merchandise exports — 17 and 3.2 per cent, respectively — pale in comparison to China’s, which accounts for around 30 per cent. China also supplies a third of Myanmar’s imports, compared to merely 4 per cent for the European Union and 2 per cent for the United States.

Myanmar’s tourism sector — which contributes 7 per cent to GDP — increasingly relies on Chinese visitors. Up until the outbreak of COVID-19, arrivals from China were booming thanks to relaxed visa rules. In 2018, as the number of European and North American tourists declined, Chinese travellers were the largest group to visit the country.

Moreover, over the last decade, close to a third of FDI into Myanmar came from China compared to only 6.6 per cent from the European Union and 0.63 per cent from the United States. Since 2010, Chinese FDI has averaged US$1.8 billion a year — roughly four times Western investment.

Myanmar signed on to China’s Belt and Road Initiative (BRI) in 2018, creating an additional impetus to cement close ties.

At a time of Western cold-shouldering, this economic assistance is a welcome silver lining. However, concerns are rising that China’s engagement is leading to a debt trap.

In 2018, Myanmar renegotiated a BRI deep seaport project in Kyaukpyu, scaling it down from US$7.3 billion to US$1.3 billion. Myanmar already owes 40 per cent of its foreign debt to China.

Chinese courting has been significant and Myanmar decision-makers are ambivalent and divided about China.

At the same time, Myanmar could gain a lot from diversifying its international economic relationships both towards the West and regional peers such as Asean, India, Japan and South Korea.

Not only do Myanmar’s exports and inward FDI strongly depend on China, these goods and capital flows are also heavily concentrated in extractive industries (whereas it sells mostly garments and food products to the European Union, the United States, Japan and South Korea).

The COVID-19 pandemic has reminded us about the fragility of our economic systems. Making Myanmar’s economy more resilient by diversifying its partners should be a priority for whoever forms the government after this year’s elections.

This article was written by Thomas Bernhardt is a Senior Advisor on Sustainable Development at the Austrian Ministry of Finance and formerly a policy analyst at the Myanmar Centre for Economic and Social Development (CESD). It first appeared on East Asia Forum under a Creative Commons License and is reproduced here with its permission.

Why China’s BRI is a win-win for Myanmar