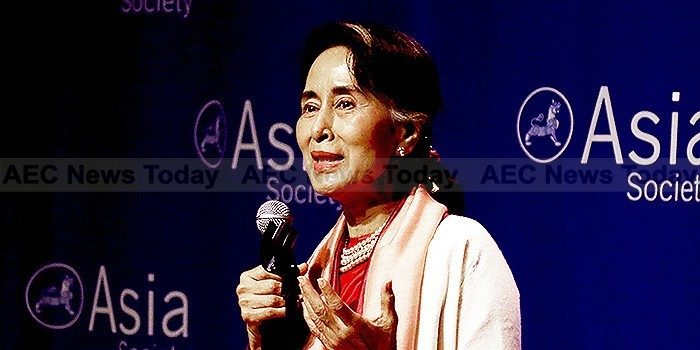 On November 8, 2015, the Aung San Suu Kyi-led National League for Democracy (NLD) party won the general election in an overwhelming victory, putting an end to decades of military rule. Myanmar’s democratic progress was welcomed and praised by Western countries and global society alike. After the NLD formed government there was no doubt that the country’s foreign policy and diplomatic preferences would swing and switch. But have these predictions for change held up more than one year on?

Aung San Suu Kyi is known as a pro-West leader with a strong command over politics. Although she is constitutionally barred from being president, she has become the de facto spokesperson for the Myanmar government. How will she and her party take actions toward China? During Myanmar’s military rule, Sino–Myanmar relations were stable, with China providing unequivocal support — especially when the United States and other Western players imposed sanctions on Myanmar.

Some scholars, politicians, and observers were initially worried that an NLD government would move to alienate Beijing and instead embrace the West. Others argued that the NLD should take the initiative when handling China-related issues and consider its own people and national interests before those of China. Such a switch would bring some inconveniences to improving Sino–Myanmar relations.

But realism has always been the dominant influential factor in the field of politics and nothing has made Myanmar oscillate away from China. Developing the economy, raising living standards, and pushing forward political reform and democratic processes in a balanced manner are the NLD’s priorities. To achieve these aims, Aung San Suu Kyi needs a peaceful environment and an abundance of foreign investment. Myanmar needs China’s economic strength and political influence now more than ever.

Myanmar to Benefit From China OBOR

In general the NLD’s policy towards China has been, and will continue to be, to carry on as before. While there may be patches of mistrust between China and Myanmar, China is still Myanmar’s biggest neighbour. Myanmar cannot realise its potential without becoming a more globally and regionally oriented economy. China’s One Belt, One Road (OBOR) initiative will greatly benefit Myanmar’s infrastructural development and economic progress.

After establishing government Suu Kyi chose China as her first non-Asean official visit destination, receiving a high-level reception with President Xi Jinping. The visit laid the foundations for future diplomatic interactions. Even before Suu Kyi paid an official visit to Beijing there was already evidence that Sino–Myanmar relations were warming.

China’s Foreign Minister Wang Yi visited Myanmar in April 2016 — the first Chinese politician to visit since the NLD formed government. When he met with Aung San Suu Kyi again in July 2016 in Lao PDR, both stressed that the goodwill between the two states will not change and the suspension of some of their joint projects would not affect other programs.

China has been Myanmar’s leading trade partner and biggest source of foreign direct investment for several years, with Chinese enterprises investing in 108 projects in Myanmar. China’s total investment in Myanmar amounts to US$1.79 billion. The two countries’ interwoven interests act as a constant reminder to the NLD that Myanmar needs China politically and economically.

Even with the United States and EU members lessening economic sanctions and increasing investments, China is still Myanmar’s most reliable investor. For instance, the OBOR initiative and the Bangladesh–China–India–Myanmar Economic Corridor were both proposed by China.

During her official visit to China, Aung San Suu Kyi emphasised the need for greater collaboration between the two countries and ending the hydropower station and copper mine suspension. On top of this China also offered to assist the NLD government in regional safety and defence as well as counterterrorism and border issues. All indicators suggest that Aung San Suu Kyi and the NLD will continue to remain close with China.

Though the NLD formed government amidst a political revolution, they still have to build up a pragmatic government. Due to China’s vital position in geopolitics it is unlikely that Aung San Suu Kyi will solely ally with the West. Myanmar will continue to be friendly towards China while balancing Beijing’s influence in the region by developing strategic partnerships with Asean neighbours and countries like Japan, India and the United States.

This article was written by Dai Yonghong and Zhang Guoxuan. Dai Yonghong is a Professor and Director of the Center for Trans-Himalaya Tourism and Culture Studies, Le Shan Normal University, Director of Center for Myanmar Studies, Sichuan University, China and a nonresident Senior Fellow at the Institute of Security and Development Policy, Sweden. Zhang Guoxuan is a research assistant at the Center for Myanmar Studies, Sichuan University. It first appeared on East Asia Forum under a Creative Commons license and is reproduced with its permission.