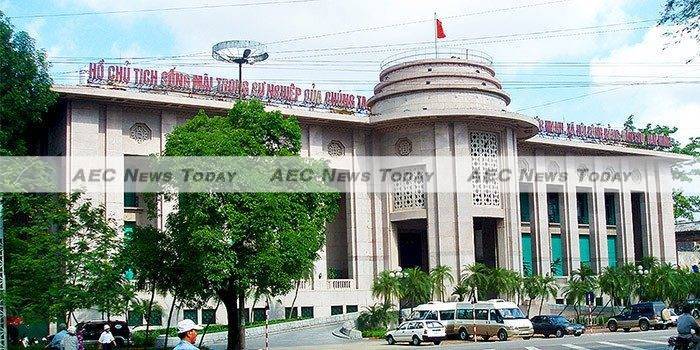 Asean governments and central banks are this week fighting against economic free fall as the COVID-19 pandemic tears through companies, currencies, stock markets, and supply chains, with active infections surging past 1,125 across the region.

Asian markets were all over the house on Tuesday (March 17) as investors tried to shake off a nosedive the previous day, described by one news agency as a “bloodbath.”

Australia’s stock market suffered its worst day ever on Monday, days after the Indonesia released a Rp120 trillion (US$8.1 billion) stimulus package to fight COVID-19 and Wall Street recorded its steepest crash since Black Monday in 1987.

The Indonesian rupiah fell roughly 4 per cent last week, the sharpest decline in the region, while the Malaysian ringgit fell almost 3 per cent.

Japan’s Nikkei ended Tuesday’s trading flat after wild swings in both directions, as did Hong Kong’s Hang Seng Index (HSI). Those markets, along with Australia’s S&P/ASX, fell into a bear market last week, according to reports.

Some Asean governments met the economic chaos with interest cuts, loans and spending, with national lockdowns and instructions to isolate being introduced. Health care systems are at risk across Southeast Asia, trade is at a standstill, and the futures of entire industries, such as aviation, hospitality, and retail appearing bleak.

Malaysia on Tuesday banned foreign arrivals and barred its citizens from going overseas, while Cambodia said it will not allow visitors from Iran, the US and four European countries.

The Philippines imposed strict community quarantine on all of Metro Manila, home to 12 million people, and became the first country to shut down its stock market until further notice.

Ramon Monzon, head of the Philippine Stock Exchange (PSE), said in a statement the move was meant to “ensure the safety of employees and traders in light of the escalating cases of the coronavirus disease.”

Global travel restrictions are likely to hurt some 12 million Filipinos working abroad, according to local media, and jeopardise the $35 billions they sent home in 2019.

There was also outcry from Malaysians working in Singapore and Thailand who are unable to make the commute under Kuala Lumpur’s two-week restriction of movement order.

The State Bank of Vietnam estimates that VND926 trillion (US$39.85 billion) in debts will be unable to be paid because of the epidemic.

In Thailand, the Siam Commercial Bank (SCB) warned of a recession in the first half of the year and cut its 2020 Thailand GDP forecast to -0.3 per cent  from 1.8 per cent, because of the COVID-19 epidemic. The bank also slashed 2020 Thai export values from -1.0 per cent to -5.8 per cent.

On Friday, investors sold off Rp1.36 trillion (about US$92 mln) in Indonesian shares as the Jakarta Composite Index (JJCI) fell more than 5 per cent after hitting a mandatory trading curve.

The government said it will spend Rp120 trillion ($8.1 bln) from the state budget to provide tax breaks and pay cheques for workers, businesses and families affected by the spread of COVID-19.

The government has suspended mass gatherings, including the national games, as well as weddings, social events, and kindergartens.

Myanmar’s labour minister, Aye Myint, meanwhile said 4,000 workers had been laid off and 15 factories closed because of slow demand and lack of raw materials.

The rout on global markets prompted a statement from the head of the United Nations, António Guterres, who called for calm and unity as the world fights a “common enemy”.

“We must declare war on this virus”, Mr Guterres said. “That means countries have a responsibility to gear up, step up and scale up”.

He went on to say the UN and its medical arm, the World Health Organisation (WHO), were working around the clock “proving international guidance”. Mr Guterres also noted the catastrophic damage unleashed by COVID-19 on the global economy.

“Financial markets have been hard hit by the uncertainty. Global supply chains have been disrupted. Investment and consumer demand have plunged — with a real and rising risk of a global recession”, he said.

He added that UN economists estimated that COVID-19 could cost the global economy at least $1 trillion this year.

Asean leaders are reportedly set to postpone the bloc’s annual summit next month in Vietnam, because of the outbreak, according to a regional news agency. Hanoi, which holds the grouping’s rotating chairmanship, proposed pushing the meeting back to June.

The leaders of the G7 group of the world’s biggest economies on Monday agreed to share medical resources and coordinate their central banks as the virus infects the global economy. A US-Asean special summit meeting scheduled for last week was also suspended  over COVID-19 fears.

“By acting together, we will work to resolve the health and economic risks caused by the COVID-19 pandemic and set the stage for a strong recovery of strong, sustainable economic growth and prosperity”, the group wrote in a joint statement.

Meanwhile, in Washington, US President Donald Trump said the outbreak could last until July or August. Mr Trump also said the virus “is not under control” and acknowledged the world’s largest economy might be falling into a recession.

Charles is a former The New York Times copy-editor who previously worked on The Phnom Penh Post. He was most recently city desk copy editor at the South China Morning Post