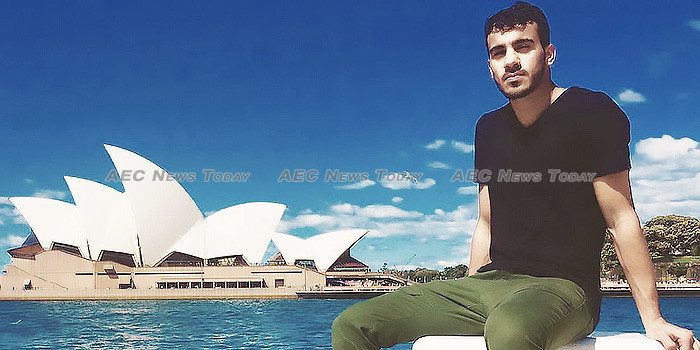 Whether emboldened by the outpouring of public support from around the globe or due to the boost it is giving the country’s stature, Thailand is continuing to play hard-ball defending the human rights of Rahaf Mohammed Mutlaq al-Qunun. At the same time Australian-based refuge Hakeem al-Araibi languishes in a Bangkok prison.

Ms al-Qunun leapt into the international spotlight on Sunday, January 6, when she took to Twitter claiming she had been intercepted by Saudi Arabia diplomatic staff on arrival in Bangkok, while en-route to Australia. They had forcibly taken her passport from her and with the assistance of Thailand Immigration Police, were going to force her to return to her abusive family. Ms al-Qunun said she feared being killed if returned home (See: Claims of Saudi abduction at Suvarnabhumi *Update #3 )

After at first stumbling with the situation, perhaps because events transpired on a Sunday, Thailand took the unusual step of allowing Ms al-Qunun to proceed with an asylum application through the United Nations High Commissioner for Refugees (UNHCR). In the past Thailand has neither allowed asylum requests to be made in the country, nor recognised the legal status of refugees entering the kingdom.

As international media and public pressure grew in the lead-up to the scheduled return of Ms al-Qunun to Saudi Arabia, so too did the comments change from different people involved in the matter. From at first insisting the ‘deportation’ must go ahead, Immigration Police boss Lieutenant General Surachate ‘Big Joke’ Hakparn’s view became: “As of now, she does not wish to go back and we will not force her… We will not send anyone to die”.

During a meeting between Thai immigration police, Saudi Arabia diplomats, Ms al-Qunun’s father and one of her brothers, Mr al-Shuaibi is heard on video saying that he wished they had taken Ms Rahaf’s mobile phone instead of her passport.

Role of social media in #SaveRahaf

Highlighting the role that social media — in particular Twitter — played in preventing Ms al-Qunun being returned to an almost certain death, Mr al-Shuaibi is heard saying: “As soon as [Rahaf] arrived, she opened an account and got about 45,000 followers. In a single day. I wish they would’ve confiscated her phone instead of her passport”.

Saying that he considered Mr al-Shuaibi’s comments as more of an aside than a complaint, Lieutenant General Hakparn said police had no authority to take Ms al-Qunun’s phone. “She hadn’t committed a crime and the phone was not evidence in a crime. It was within her rights [to tweet]”, he said.

Earlier in the today Ms al-Qunun’s father, who AEC News Today identified on Monday as Sheikh Mohammed bin Mutlaq al-Shammari, had visited the office of the UNHCR in an attempt to meet with his daughter. Ms al-Qunun refused to meet with him. The tribe of Shammar is said to be one of Saudi Arabia’s largest and most influential Arab tribes.

After today’s meeting Lieutenant General Hakparn said Ms al-Qunun’s father, who Thai authorities have not named, denied physically abusing her or attempting to force her into an arranged marriage, two of the accusations Ms al-Qunun has given for seeking asylum. He was due to leave Thailand tonight.

While Lieutenant General Hakparn maintains that Thai authorities were simply “following the law”, no explanation has yet been provided as to why Ms al-Qunun was intercepted on arrival in Bangkok, nor why Saudi Arabia diplomatic staff were permitted airside at Suvarnabhumi Airport.

Irrespective of Mr al-Shammari’s denials, the UNHCR announced later in the day that it had referred the case of a Saudi woman claiming asylum to Australia for consideration. Australia’s Department of Home Affairs (DHA) followed with its own announcement stating it will consider the referral from the UN in the usual way.

Ms al-Qunun will need to pass Australian government checks, including character and security assessments, before she would be eligible for a humanitarian visa.

The visit, scheduled some time ago, will see Ms Payne meet with Thailand Minister of Foreign Affairs, Don Pramudwinai. The pair will sign a new Thailand-Australia Memorandum of Understanding (mou) on Cyber and Digital Cooperation aimed at managing cyber threats and harnessing digital trade opportunities between the pair.

Australia and Thailand have a deep relationship stretching back 66 years, with two-way trade between the two in 2017  topping A$23 billion (US$720 mln). It is Australia’s ninth largest trading partner, ahead of Malaysia, Indonesia, and Vietnam.

While the asylum application by Ms al-Qunun is not officially on the agenda, it is unlikely the topic will not be raised. Human rights observers are also hoping that Ms Payne will also raise the matter of Mr al-Araibi with Mr Pramudwinai.

An Australian-based refuge from Bahrain, 25-year-old Mr al-Araibi currently sits in a Bangkok prison as an extradition application by Bahrain is heard by Thai courts.

Mr al-Araibi was arrested on arrival in Bangkok on November 27 last year, after the Australian office of Interpol alerted Thailand to his travel plans in response to an Interpol red notice (arrest on site) issued by Bahrain. No explanation has been given for the red notice, which breaches Interpol policy of prohibiting red notices against refugees and asylum seekers if requested by the country where they fear persecution. The red notice has since been removed by Interpol.

While attracting nowhere near the amount of social and news media coverage globally as Ms al-Qunun, the arrest of Mr al-Araibi has drawn a sharp rebuke from politicians, human rights activists, and football communities globally.

With Thailand appearing to take one path with one asylum-seeker case and a totally different path with another, it is hoped that tomorrow’s meeting between the two foreign ministers might see solutions reached for both. Any public announcement is unlikely though. Australia does not traditionally participate in megaphone diplomacy on such matters.

After Australian filmamker James Ricketson was pardoned on espionage charges in Cambodia and extradited last year, reliable sources with knowledge of the matter who spoke on coditio of confidentiality as they were not authorised to discuss the matter, revealed that the solution had been thrashed out between former Australian Prime Minister Malcolm Turnbull and Cambodia Prime Minister Hun Sen during the special Asean-Australia summit in Sydney last March. Attempts to verify this with Mr Turnbull were not responded to.