Has the PSI already been eaten by Indonesia’s predatory politics? 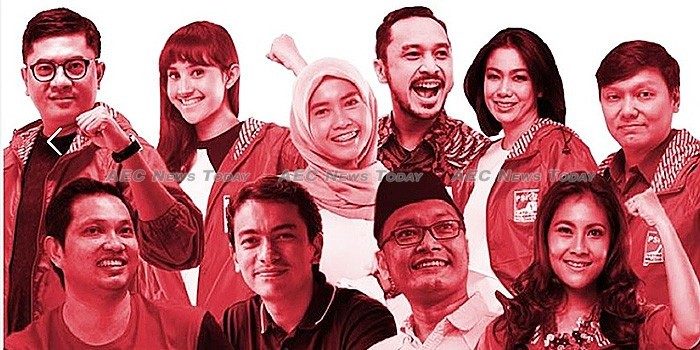 The Indonesian Solidarity Party (PSI), a new participant in Indonesia’s electoral landscape set to contest the 2019 national election, is grabbing the attention of Indonesian political watchers. Labelled the ‘millennials’ party’, PSI sees itself as the most promising political vehicle for young people in Indonesia. Its cadres are youths purportedly dissociated from old interest groups.

PSI is one of many parties over time that have claimed ‘reformist’ status in Indonesia. But is this new party really very different from those that currently dominate the Indonesian political scene?

Support for PSI is bolstered by some scholars who see PSI as a distinctly new political vehicle that is detached from the old guards of Indonesian politics. This interpretation of PSI relies on actor-based explanations for new political possibilities in Indonesia as advocated primarily by William Liddle. Such possibilities emerge when an individual in the political arena ‘consciously creates, possesses and deploys political resources’.

Liddle is an academic mentor of Saiful Mujani, whose organisation Saiful Mujani Research and Consulting has deep ties to PSI. Unsurprisingly, researchers from this organisation build on the positive interpretation of PSI and praise the methods used by the party to recruit young activists and professionals. They see PSI’s youth-based approach as a promising way to challenge political cartelism and confront the oligarchy in Indonesia.

Such interpretations of PSI disregard the political and economic structures that influence the behaviour of political actors in Indonesia.

Broader constraints, particularly the culture of predatory politics nurtured under Suharto’s New Order regime and reproduced in the current democratic setting, are overlooked.

Scholars of Indonesian politics who emphasis actor-based explanations for political phenomena perceived President Joko Widodo’s (Jokowi) victory in 2014 to be a promising moment that would bring Indonesia into a new and better era of democracy. But soon enough the old guards were named as part of Jokowi’s cabinet.

The Jokowi administration has also introduced tougher measures to suppress freedom of expression and freedom of thought in Indonesia.

Jokowi’s experience confirms that relying on ‘autonomous actors’ without addressing the predatory nature of Indonesian politics is inadequate to bring change to the country’s political landscape.

For this reason, it is likely that PSI and its cadres will operate in much the same way as the older parties. Such tendencies are indeed already evident.

Recent research shows that all Indonesian political parties are ideologically alike. Their political and economic orientation tends to be centre-right.

No clear economic orientation has been put forward by PSI. But given their support for most of Jokowi’s programmes, PSI seems to want economic growth and is pro-market — much like Indonesia’s other parties.

The party’s show of support for ex-Jakarta governor Basuki Tjahaja Purnama (Ahok) also suggests a centre-right leaning economic focus. Ahok was known for favouring the interests of the middle class, evidenced by his massive eviction policies and his Jakarta Bay reclamation plan.

PSI’s political vision is one that claims to promote liberal ideas. But anti-LGBT statements from a PSI cadre in Depok contradict this image.

PSI’s show of support for the new mass organisation law that restricts freedom of expression and for the tougher anti-terrorism law that extends state power over citizens also shatter such claims.

Attempts by the party to ride on the popularity of the Nahdlatul Ulama (NU)-affiliated Ansor Youth Movement (GP Ansor) to take advantage of its limited support among youths demonstrate PSI’s opportunism.

GP Ansor and its militia wing Banser are known for their use of violence — they participated in the mass killings of 1965. Praise and support for such groups is not a far stretch from the embrace of vigilantism that has been a part of Indonesian politics for some time.

The presence of Sunny Tanuwidjaja and Jeffrie Geovanie on the party’s board of advisors — both closely linked to oligarchic alliances — also seems to suggest that PSI is just like the clientelist parties of old.

Geovanie has a reputation for being a party-hopping politician, but is currently playing a central role in PSI’s activities. He not only funds the party but also ‘lends’ office space. PSI claims that it relies on donations to fund its operations and has promised to publish a financial report. But such a report has never been published.

Many of PSI’s activities seem impossible to conduct through crowdfunding alone. These activities include the establishment of new offices in all provinces, the organisation of national meetings in luxurious venues, and the advertisement of the party and its cadres in several types of media.

The Indonesian political arena is dominated by clientelism and predation, and candidates need large sums of money to compete and win a seat in parliament.

PSI is already indistinguishable from the older Indonesian political parties. PSI’s main targets are millennials, but its politics seem to serve only the interests of the middle class.

Meanwhile, lower class millennials prefer to engage with various vigilante groups that more directly address their subsistent needs. PSI targets this segment of the youth too, but in a way that maintains conservatism and vigilantism through the support of groups like GP Ansor. Hopes that PSI will provide a truly democratic alternative for young Indonesians seem wildly naive.

This article was written by Abdil Mughis Mudhoffir, a PhD candidate in politics at the Asia Institute, University of Melbourne. It first appeared on East Asia Forum under a Creative Commons License and is reproduced here with its permission.