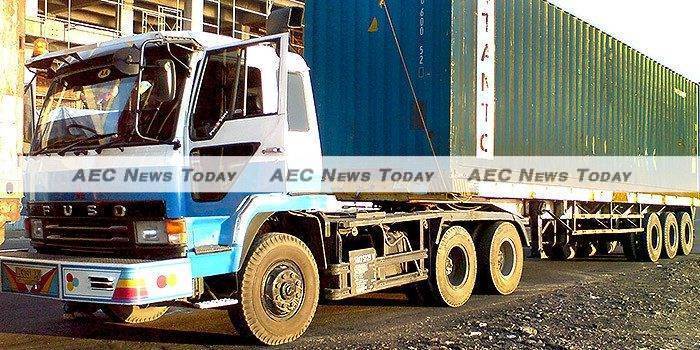 The first Indonesian president propelled to office not by dint of dynastic heritage or the number of gold stars on his epaulettes, former property/furniture businessman Joko ‘Jokowi’ Widodo, vowed on the eve of his 2014 election to kick-start Indonesia economic growth and hasten the pace of business reforms.

The push for reform comes at a time of cooling growth in major trading partner China, weak commodity prices, and with economic growth in Indonesia’s resource-rich market having slowed to a six-year low in 2015. And the new policies include an overhaul of the so-called ‘negative investment list’, which restricts foreign ownership in certain sectors.

A total of 35 industries were removed in February from what the Financial Times describes as the ‘highly sensitive catalogue’, including film, tourism, and restaurants, in a move designed to drive efficiency and competitiveness in Indonesia industry.

Pivotal to the shift was the appointment of Indonesia Trade Minister Thomas Lembong, a Harvard-educated former private equity executive, who since last August has been steering Indonesian economic policy away from protectionist rhetoric and towards more regional schemes, such as the Trans-Pacific Partnership (TPP).

As a result, foreign direct investment (FDI) in Indonesia was up 19 per cent year on year in 2015 to US$27.3 billion (Rp365.9 trillion), according to official data, with a spike in the fourth quarter when, as the FT observes, ‘sentiment improved markedly’.

FDI in Indonesia among the lowest in Asean

Despite the rise, FDI in Indonesia remains among the lowest in Southeast Asia in relation to total investment and gross domestic product (GDP).

Foreign investors have for years been calling for greater access to Indonesia’s domestic market, which is valued in market exchange rates at about $840 billion. Harley-Davidson pulled out of the country following the introduction of import tariffs and luxury goods taxes that squeezed profits; in January, Swedish furniture giant Ikea lost a legal battle against a small Indonesian furniture business claiming the Ikea trademark.

“We are opening up and rationalising our investment regime,” Mr Lembong told Bloomberg News. “It’s a big push. We had fallen behind from where we should be.”

According to Lembong, increased foreign investment and higher government spending on infrastructure will help offset sluggish exports, boosting Indonesia economic growth to as fast as 5.2 per cent this year, he said in a separate interview with The Diplomat.

Speaking to Reuters last month, President Widodo said: “For me, competition is very important. If we have already launched our deregulation, the bureaucracy and the system must follow the new rules… We are seriously considering deregulation across the board, but focusing on e-commerce, healthcare, and creative industry. There are 49 sub-sectors, so in my opinion this is the big bang.”

A total of 35 industrial sectors – including cold storage, film-processing labs, sports centres, toll-road operators, tourism and warehousing – have been removed from the negative investment list (20 new sectors have, however, been added). “It means that 100 per cent foreign ownership is allowed in the 35 sectors that have fully opened up to FDI,” Darmin said.

E-commerce investments with a market value above $7.4 million (Rp100 billion) have also been removed from restrictions, a measure welcomed by Indonesia’s growing technology sector. And plantations with more than 25 hectares of land integrated with a processing plant are now allowed foreign ownership of up to 95 per cent, while seven types of businesses, including leasing companies, are permitted 85 percent overseas equity.

Analysts’ reactions have been mixed: some herald it the most far-reaching stimulus package of the past decade; others describe it as less ‘big bang’, more ‘small pop’. “It’s definitely a step up compared to the policy packages you saw before; these were relatively small-scale,” Euben Paracuelles, an analyst at Nomura, told the FT. “From the signalling standpoint, I think this could cement what has been changing slowly from protectionist sentiment to a little more market friendly.”

But ANZ economist Glenn Maguire says in a recent research note that Mr Widodo’s FDI reforms represent a partial “winding back” of Indonesia’s ultra-protectionist move from 2007, in which the country banned foreign investment in 338 sectors.

“Our initial impression is that this is not entirely broad-based and has fallen short of the ‘big bang’ moniker,” writes Maguire. “Of the 49 sectors for which ‘changes’ have been announced, 19 are actually increased restrictions and 30 are more open.”

“It is somewhat ironic that the 10th stimulus package has been coined the ‘Big Bang’ package,” Maguire continues. “If all the stimulus measures had been announced simultaneously, there would certainly have been a ‘Huge Bang’ announcement effect. Rather, the slow drip-feed of each fiscal stimulus, regulatory and foreign investment reform has had the decibel level of a small pop. This continues to place the burden of macroeconomic stimulus on the central bank and further monetary policy easing in the near term is to be expected.”

Whether big bang or small pop, can the policy – which Cabinet Secretary Pramono Anung told reporters “is not about liberalisation, it is to encourage economic modernisation” – really encourage greater competition in the Indonesian economy, long dominated by powerful vested interests?

“The official message is quite clear: Indonesia is open for business, but it isn’t just empty political fodder” urges an Asean briefing by Dezan Shira & Associates. “The economic policy announcements show real promise for foreign investment in Indonesia.”