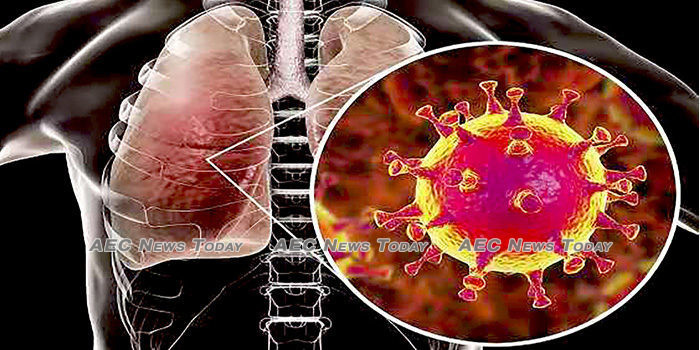 A Thai student studying at Wuhan University, China, has posted a desperate plea for help from the Thai government on Facebook as the 2019 novel* coronavirus (2019-nCoV) runs rampant in the city, threatening to cause its public health system to collapse.

The desperate plea came as China increased the number of cities it has quarantined to 13, keeping some 41 million people where they were when the lock-down came into effect.

Doubling down and in a move that will likely have a devastating effect on Thailand inbound tourism figures this year, Premier Xi Jinping earlier today (Jan 26) announced the suspension from Monday (Jan 27) of all Chinese tour groups. Last year almost 11 million Chinese visited Thailand, about one-third of all inbound tourists.

All but isolating the rest of the world from China, Mr Jinping also suspended the sale of flight and hotel packages for Chinese citizens planning to travel overseas.

In the Facebook post, Pasnicha Krutdamrongchai, said her and her friends did not have the opportunity to stock up on food and water due to the short-notice given prior to the lockdown. Claiming to be running short of food, Ms Krutdamrongchai painted a grim picture of supermarket shelves stripped-bare.

Claiming that students from other countries were receiving assistance from their embassies, Ms Krutdamrongchai pondered whether she and her friends would ‘starve to death, or die from catching the virus, before they get help from the Thai government’.

In a statement issued late this afternoon in response to questions posed by AEC News Today, Thailand’s Ministry of Foreign Affairs (MFA) said the Royal Thai Embassy in Beijing and the Royal Thai Consulates-General in China have ‘been in close touch with the Thai citizens in Wuhan to provide information, guidance and assistance’.

The statement said that the Thailand government had issued a travel warning for Hubei province on January 24 and instructed its citizens there — believed to number around 60 — ‘to strictly follow the Chinese authorities’ instructions for their personal health safety’.

Following the instructions of Chinese authorities is what has seen the Thai students and some 300 British, 500 French and about 1,000 Americans trapped inside a city of 11 million, all but cut off from the outside world, with a raging, virulent, virus and a severely strained public health system.

The statement further said that MFA deputy permanent secretary, Tana Weskosith, will chair a Rapid Response Center (RRC) meeting at 3pm tomorrow to evaluate the situation in Wuhan. The Royal Thai Embassy Beijing and Royal Thai Consulates-General in China will join the meeting by teleconference.

The RRC will then make recommendations on the appropriate emergency measures and assistance plans for Thai citizens residing there, the statement said.

While France has reportedly been discussing a bus extraction with Chinese officials for its citizens, UK nationals have been left scratching their heads following a statement issued Saturday night by the Foreign and Commonwealth Office (FCO), which said in part that if British nationals in Hubei province can leave, they should do so.

Meanwhile plans to evacuate US diplomatic staff and citizens are well advanced, the US State Department today said that a single flight will leave Wuhan on Tuesday and fly to San Francisco. No mention was made whether passengers will be quarantined on arrival, or face other medical screening.

US citizens with a valid passport have been invited to contact the US Embassy in Beijing to fill the remainder of the seats, noting that private citizens are expected to later repay the travel costs. American citizens in Wuhan have also reportedly been told that Chinese authorities will not allow anyone, irrespective of nationality, to leave if they are symptomatic.

WuFlu sweeps through Asean as flights from Wuhan continue

Regionally the eighth case of 2019-nCoV was confirmed in Thailand today (Jan 26), while the Malaysia’s Ministry of Health (MOH) yesterday reported that four Chinese nationals who passed temperature screening checks when they entered through Johor Bahru have since been diagnosed with Wuhan coronavirus.

According to the MOH, all are relatives of a man confirmed 2019-nCoV positive in Singapore, where a total of four cases have been confirmed. Three additional members of the same family have tested positive for 2019-nCoV in Australia.

While flights into and out of Wuhan were said to have been suspended last Thursday (Jan23), a check of the Airportia website shows Thai AirAsia flight FD809/ AIQ809 landing in Phuket last Thursday, Friday, and yesterday. Flight Radar 24 shows Lanmei Airlines flight LQ877 landing in Siem Reap on Friday and today.

Although Bangkok Suvarnabhumi Airport has begun temperature scanning some arriving passengers, it said it is not scanning all passengers from every flight originating in China while it waits on more information from Chinese officials.

However, international observers are growing increasingly sceptical of the number as more and more videos make their way through the Great Firewall of China onto social media.

In one video a person purporting to be a resident of Wuhan said public transport had been stopped, shop shelves were empty, and gasoline had stopped being sold.

Claiming that doctors had confirmed Wuhan coronavirus could be transmitted via the conjunctival membrane in the eyes (AEC News Today is unable to verify this), the unnamed broadcaster condemned local authorities for mismanaging the outbreak and called for international assistance. “Wuhan is like the fucking hell right now”, he said.

In another video, purported to be by a doctor in Wuhan, a person garbed in personal protection equipment says that the hospital is running dangerously short of supplies and staff are too frightened to take off their protective suits, even when going to the toilet.

The ‘doctor’ goes on to say that more than 90,000 people in Wuhan have been infected, adding that the Wuhan coronavirus has “mutated to the second-generation variation, with current symptomatic treatment seeming not useful anymore”.

Meanwhile, in the video above  an over-stressed doctor is seen yelling down a telephone as his colleagues attempt to calm him to no avail.

While Chinese authorities have so far strenuously denied that 2019-nCoV has ‘mutated’, earlier today Premier Jinping warned of the “accelerating spread” of Wuhan coronavirus and a “grave” public health situation.

This message was reinforced later in the day by China’s National Health Commission Minister, Ma Xiaowei,  who said that “the Wuhan coronavirus is getting stronger” and “becoming more contagious”.

According to Mr Xiaowei, 2019-nCoV is unlike SARS-CoV (severe acute respiratory syndrome) with carriers showing little or no symptoms able to infect others.

In other news concerning the Wuhan coronavirus it was revealed on Friday in The Lancet medical journal that China first identified 2019-nCoV in a patient on December 1, 2019.

The report states that by Jan 2 this year there were 41 confirmed cases of the virus, with six, or 15 per cent, subsequently dying. China only notified the World Health Organization (WHO) of Wuhan coronavirus on December 31, 2019.

In the only good news to emerge an earlier figure by Yale Medical School putting the reproductive R0 (the number of cases one case generates on average over the course of its infectious period) at 3.8, marginally above the second wave of the 1918 Spanish Flu at 3.75, was revised down based on fresh data to 2.5. Still an extremely high number.

With work only just beginning on developing a vaccine and unlikely to be completed before year’s end (a vaccine for SARS-CoV took 15-years to develop) people are advised to wear standard surgical masks to protect themself. N-95 masks are not required, according to medical experts, including Singapore Ministry of Health.

With Wuhan coronavirus exhibiting symptoms similar to those of the common flu, coupled with its ability to be transmitted by those exhibiting no symptoms, an incubation period of up to 2-14-days, and questionable figures coming out of Beijing, masking-up whenever you are interacting with other people is highly advisable.

This is especially so given news late this afternoon that five million people left Wuhan before the lockdown came into effect.

*not previously seen in humans