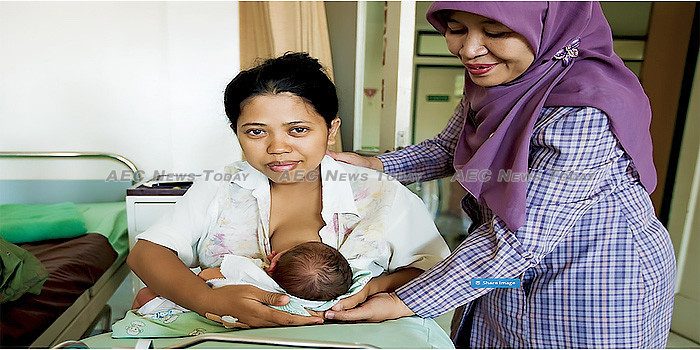 Aggressive marketing strategies continue to encourage Southeast Asian mothers to choose milk formula over breastfeeding, despite evidence that breast milk is the most nutritional food for healthy infants. Now, at least one Asean country is fighting back.

Indonesia this year launched ‘Breastfeeding: Foundation for Life,’ a campaign to promote breastfeeding for children up to 2 years of age. While a 2018 study estimated that breastfeeding saves 118 million lives annually, research has found that only about 42 per cent of Indonesia’s children less than six months old are exclusively breastfed.

Globally, baby formula is a $70 billion-a-year industry largely dominated by big brands such as Nestle, Danone, Abbott, and Mead Johnson. Indonesia is one of the infant formula industry’s biggest target markets.

In 1981 the World Health Organisation (WHO) adopted a strict code of marketing banning the promotion of baby milk formulas as being comparable to breast milk. Even so, according to the WHO report, Indonesia has seen “many provisions into law, with voluntary and other national measures” but not full implementation.

According to the United Nations International Children’s Emergency Fund (Unicef) data, 37 per cent of Indonesian children suffer from levels of malnutrition that stunt their mental and physical ability.

Data by Unicef and WHO further revealed that inadequate breastfeeding in Indonesia accounted for an estimated loss of $9 billion each year.

The benefits of breastfeeding have been clearly stated by experts. Yet Indonesia – like many other nations – is struggling to improve awareness of the issue amid unrelenting pressure from formula companies.

The WHO and Unicef also noted that breastfeeding is an effective way to build up immunity levels in children. According to the WHO, scaling up breastfeeding globally could save 823,000 lives per year among children age 5 and younger.

A 2016 study in The Lancet, the British medical journal, found that universal breast-feeding would prevent 800,000 child deaths a year across the globe and yield $300 billion in savings from reduced health care costs and improved economic outcomes.

A 2017 report, titled ‘Nurturing the Health and Wealth of Nations: The Investment Case for Breastfeeding’, said that “Breastfeeding is not only an investment in improving children’s health and saving lives, but also an investment in human capital development that can benefit a country’s economy.” For every $1 invested in breastfeeding, the report added, an estimated $35 in economic returns is expected to be generated.

In August 2017, the WHO and Unicef launched the ‘Global Breastfeeding Collective’, urging governments to make investments to ensure increased political support for breastfeeding. The report estimated that with a collective investment of $570 million a year over 10 years, or roughly $4.70 per newborn, at least 50 per cent of the global target for breastfeeding would be met by 2025.

“Breastfeeding is one of the most effective — and cost effective — investments nations can make in the health of their youngest members and the future health of their economies and societies”, said Anthony Lake, the executive director of UNICEF. “By failing to invest in breastfeeding, we are failing mothers and their babies—and paying a double price: in lost lives and in lost opportunity.”

Data has shown that in five of the world’s largest emerging economies— China, India, Indonesia, Mexico and Nigeria— the lack of investment in breastfeeding campaigns resulted in an estimated 236,000 child deaths per year and $119 billion in economic losses.

The debate is hardly confined to developing nations. President Donald Trump’s administration has allegedly backed the infant formula industry and has been widely accused of protecting the formula giants’ interests.

This year the US delegation to World Health Assembly in Geneva sought to water down a resolution promoting breastfeeding. The US pushed, according to reports, to remove language in the resolution that called on governments to “protect, promote and support breast-feeding”.

Breastfeeding advocates accused the US of bullying after its delegates threatened Ecuador with trade sanctions and a withdrawal of military aid if the South American nation did not drop its support for the resolution.

According to The New York Times, American delegates also allegedly threatened to cut US funding for the WHO that made up 15 per cent of its budget last year.

In the end, Russia reintroduced and passed the breastfeeding motion, but US negotiators distorted its calls to restrict the marketing of infant formula. In a tweet, Trump labelled the report more ‘failing NY Times fake news’.

“The US strongly supports breast feeding, but we don’t believe women should be denied access to formula. Many women need this option because of malnutrition and poverty”, he posted on Twitter.

Indonesian government officials acknowledged that exclusive breastfeeding can present a challenge for some women, especially working mothers. One official expressed hope for a new law that requires Indonesian companies to provide breastfeeding facilities.

“The law will have detailed steps on how companies must provide facilities for nursing mothers to breastfeed as well as to pump and store their breast milk”, said Tari Tritarayati from Indonesia’s Ministry of Health.

More recently the Indonesian government took a hard-line stance against manufacturers of sweetened condensed milk, prohibiting its marketing as any other type of milk, such as fresh milk, sterilised milk, and infant milk.

The government also banned any ads for sweetened condensed milk that show children under age 5, images of milk in a glass, and the use of the product in children’s TV shows (See: Banned! Indonesia acts against condensed milk marketing)

Why the Boeing 737 Max needs a full airworthy review (video)