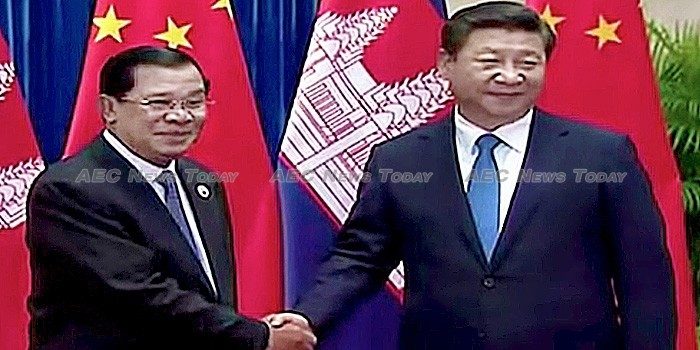 Cambodia currently faces significant foreign policy challenges amid great power rivalry in the Asia-Pacific. Against the backdrop of US President Donald Trump’s uncertain and unpredictable foreign policy in the region, China’s economic, military, and strategic influence over Cambodia continues to grow. China is now Cambodia’s largest foreign investor and most generous economic and military benefactor.

The US’s slipping influence in Cambodia was most recently exemplified on January 16, 2017 when the Cambodian government unilaterally postponed Angkor Sentinel, a joint military exercise between Cambodia and the United States conducted annually since 2010, for the next two years.

Sponsored by the US Army Pacific Command while being hosted by the Royal Cambodian Armed Forces (RCAF), Angkor Sentinel focuses on providing humanitarian assistance as well as responding to disaster relief operations.

How things have changed since the official opening of the Angkor Sentinel exercise in early 2016. At the time US Army Major General Edward Dorman III, Commander of the 8th Theater Sustainment Command in charge of the exercise, stated ‘exercises like this one are critical to our regional stability and security… when we join together, train together, and grow together now, we ensure that we are prepared together for whatever the future may bring’.

At that time, Cambodian Prime Minister Hun Sen regarded the exercise as ‘a symbol of the strong military ties between the US and Cambodia’.

There are conflicting interpretations of this unexpected cancellation.

According to the Cambodian government the decision is due to the need for strong domestic military commitment during the upcoming local elections in June, the national election in 2018, and a six month anti-drug crackdown.

To defend this position, the government spokesperson claimed that Cambodia has ‘never had any problem with the US’. The Cambodian government also asserted that its decision was unrelated to its relationships with China and the United States.

However, a number of critics tie the cancellation closely to China’s growing influence in the region, particularly in Cambodia. Other analysts posit that this issue in Cambodia is only a small part of the broader picture of heightened US–China tensions under President Trump, who has increased unfriendly rhetoric towards China.

Another explanation is that Phnom Penh’s move to postpone the exercise is meant as a message to the United States that its lectures about democracy, human rights and the rule of law will not work anymore.

Regardless of the strategic intentions behind Angkor Sentinel’s postponement, the general picture shows that US–China strategic competition for influence and ongoing South China Sea tensions have pushed Cambodia even closer to China.

China has emerged as Cambodia’s most significant military partner, providing considerable military training as well as engaging in joint naval and military exercises. Beijing and Phnom Penh have also constructed a deep-water port on Cambodia’s coast that is now close to operational.

Cambodia’s positions in Asean, as well as the Mekong region, make it one of the most crucial elements in China’s strategic ambition in the Asia Pacific. Cambodia’s geopolitical location also allows for security and oversight in the South China Sea, which is of great interest to China given its claim on the disputed Spratly Islands.

By comparison, US military aid to Cambodia is relatively small and has often been influenced by political tensions. This was evident when Cambodia suspended some military cooperation with the United States in 2013 after a US congressman criticised election irregularity and urged Cambodia to investigate.

Since 2006 the United States has provided military aid and assistance to Cambodia worth US$4.5 million. Unlike the Chinese approach, all of this assistance is subject to strict conditions. If it is assessed that the tenets of democracy are violated, its provision can immediately cease. This was evident during the internal political turmoil in the Cambodian government in July 1997, when all US aid programs were suspended.

But there are still strong ties with the United States, with the long-term reform process committed to by the RCAF having appearing to be aligned with the defence policies of western countries.

Cambodia has also demonstrated its intention to enhance bilateral defence relations with the United States… with the expectation that it will contribute to the RCAF’s modernisation process.

Cambodia’s primary national interests are centred on sovereignty and territorial integrity, security and political stability, economic development and poverty reduction, and identity-image building. As such, Cambodia’s foreign policy behaviour is best described as bandwagoning for benefit.

Cambodia still sees the United States as an important partner for security and stability in the region. But the reality is that Cambodia favours Beijing because Chinese assistance comes without interference.

Cambodia must carefully manage its relationships with China and the United States — two superpowers with very different foreign policy plans for the country — to avoid compromising its sovereignty and integrity.

This article was written by Veasna Var, a PhD Candidate at the University of New South Wales, Canberra. It first appeared on East Asia Forum under a Creative Commons license and is reproduced here with its permission.