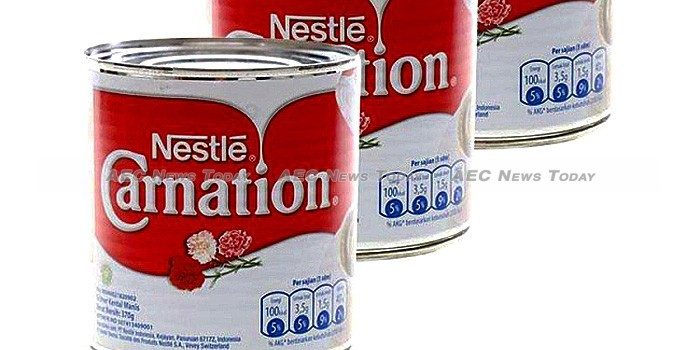 Indonesia’s food safety watchdog has laid down a stern warning about the health risks of sweetened condensed milk and banned advertising that suggests the product is actual milk, or uses pictures of young children.

Yet food brands in Indonesia have for many years labelled and promoted susu kental manis, as sweetened condensed milk is known, and its derivatives as high in nutrition. Medical experts, however, say the sugary products can lead to child obesity, diabetes, and other health problems.

The BPOM has now prohibited the marketing of condensed milk as any other type of milk, such as fresh milk, sterilised milk, and infant milk. Companies were given a six-month deadline to comply.

The government also banned any ads for sweetened condensed milk that show children under age 5, images of milk in a glass, and the use of the product in children’s TV shows.

“These advertisements are prohibited not because the consumption of sweetened condensed milk is prohibited, but rather to avoid misconceptions regarding the product’s nutritive values for children’s growth”, said Mauizzati Purba, the BPOM’s director of processed food standardization.

While Penny Kusumastuti Lukito, head of the BPOM’s food and drug supervisory agency pointed out that sweetened condensed milk is “not dangerous”, she added that misconceptions about it could lead to potentially dangerous health problems.

Sweetened condensed milk is milk that has had the water evaporated from it and mixed with large amounts of sugar. It comes in plain or chocolate flavours and is used all over the world mainly for cakes, pastries, coffee drinks, and ice cream.

A 375-gram (about 0.82lb) tin of sweetened condensed milk in Indonesia costs about $0.69, and contains more than 50 per cent sugar. Printed on the packaging are serving suggestions that recommend that the product be mixed with water and consumed in a glass twice daily. One tablespoon contains about 62 calories, a similar amount to one medium hard-boiled egg; One tablespoon of refined, white sugar contains about 48 calories.

“Our body has a certain tolerance level and research found that consuming sugar, which is more than 10 per cent of total energy, may lead to decreasing insulin sensitivity that will trigger hyperglycemia [high blood sugar]”, Rita Ramayulis, an author and nutritionist, told kompas.com.

According to Ms Ramayulis, if a child drinks two glasses of condensed milk in a day, “the consumption of sugar will exceed the balanced daily meal for children”.

Indonesia’s Health Ministry released data in 2017 that showed the country’s obesity rate increased by 41.49 per cent in the decade between 2007 and 2017, rising from 18.8 per cent to 26.6 per cent of the population. Twelve per cent of  Indonesian children were listed as overweight.

Sweetened condensed milk is also a factor in the global debate over breastfeeding. In Indonesia, for example, choosing milk formula or other alternatives over natural breastfeeding is rife: only 42 per cent of infants were exclusively breastfed in their first six months, according to health figures.

This trend continues despite a law passed in 2009 that requires all babies to be exclusively breastfed for the first six months.

As it stands, more than half of Indonesian mothers feed their children some sort of formula — at times including sweetened condensed milk — because of the continued mass marketing of breast milk substitutes coupled with a poor understanding of nutrition.