Will TPP Diehards Stall The RCEP Seeking a ‘Gold Standard’? 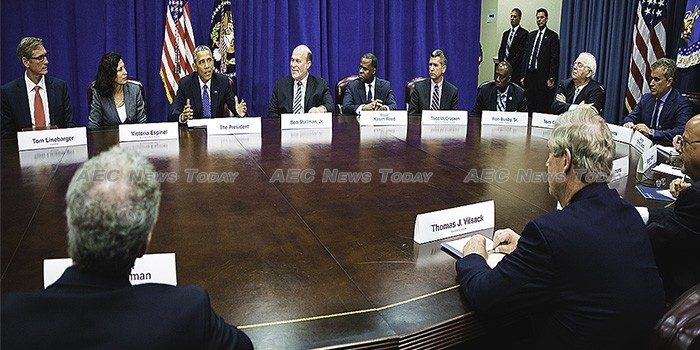 During the Obama administration, the Trans-Pacific Partnership (TPP) was crucial to US foreign policy in Asia. In February 2015, the same month that the TPP was signed, Obama suggested that ‘we have to make sure that the United States — and not countries like China — is the one writing this century’s rules for the world’s economy’. But the fate of the TPP has turned upside down.

Obama’s successor signed an executive order during his first week in office to withdraw the United States from the TPP. Without the United States the TPP is not only less attractive, but  cannot be legally enforced. Other trading partners are now scrambling for equally meaningful trade alternatives.

The TPP was designed so that if its two largest economies failed to ratify it, it would break down. The general provisions chapter of the TPP states that at least six of the original 12 TPP members — comprising at least 85 per cent of the TPP countries’ combined GDP — must ratify the agreement for it to be enforced. The deal cannot come into force if the United States or Japan fail to ratify it.

But the TPP is not the only trade agreement of its kind and some TPP countries are now yearning to include the outcomes agreed to through TPP in other Free Trade Agreements (FTAs).

RCEP in The Spotlight

The Regional Comprehensive Economic Partnership (RCEP) is now in the spotlight. Countries that are members of the RCEP account for over 30 per cent of the global economy.

According to the Financial Times, Japan and Australia — both members of TPP and RCEP — are now focused on obtaining a ‘high quality’ outcome from the RCEP similar to what the TPP would have provided. This combined with the fact that the TPP text is publicly available could effectively keep the depth of obligations and commitments in the TPP alive.

The TPP was deemed by some, including Hilary Clinton during her stint as secretary of state, to be the ‘gold standard in FTAs’. This title was earned due to its comprehensive scope which includes trade in goods, services, and investment, and also covers issues such as state owned enterprises (SOEs) and intellectual property.

But many still fear the obligations of this ‘gold standard’. For example, the financial services obligations in the TPP go beyond what was set in the World Trade Organization’s (WTO) General Agreement on Trade in Services and the FTAs Asean countries have with their +3 trading partners .

Push For TPP Obligations in RCEP

Financial services regulators of a country that are sued by an investor are also expected to participate in investment dispute settlement procedures where they can lose and be obliged to give financial compensation to the investor.

RCEP countries who are part of the TPP are therefore likely to push for levels of commitment and obligations that were agreed to in the TPP.

If TPP standards are pushed into the RCEP, non-TPP RCEP members must be considered. Each country must analyse and decide whether it is willing to bind existing non-conforming domestic regulations at their current level of liberalisation with certain articles in the TPP.

Trade agreements must be beneficial for all member countries involved, and negotiators are tasked to find a consensus. ‘Compensation’ may be given to entice some countries to accept an outcome more burdensome than they bargained for.

Referring to the RCEP’s Guiding Principles, which serve as a guideline for RCEP negotiators, a country’s level of readiness must be taken into account. This implies that special attention must be given to countries that are not yet ready to liberalise completely.

The challenge is to determine how much special attention should be given to ensure a balance between a country’s desired level of liberalisation and the commercial meaningfulness of the agreement.

RCEP countries who seek to incorporate TPP elements into the RCEP will have to sell the idea to other countries and that may not be easy.

With the TPP axed the RCEP has quickly become the most crucial trade agreement in the Asia Pacific (See: Why the RCEP is The Only Game in Town For Asean Following TPP Trumping). But to succeed the RCEP must prove itself as an agreement that can successfully link the interests of countries at various stages of economic development.

This article was written by Alwin Adityo, a staff of the Banking Research and Regulation Department of the Indonesian Financial Services Authority (OJK). It first appeared on East Asia Forum under a Creative Commons license and is reproduced here with its permission.