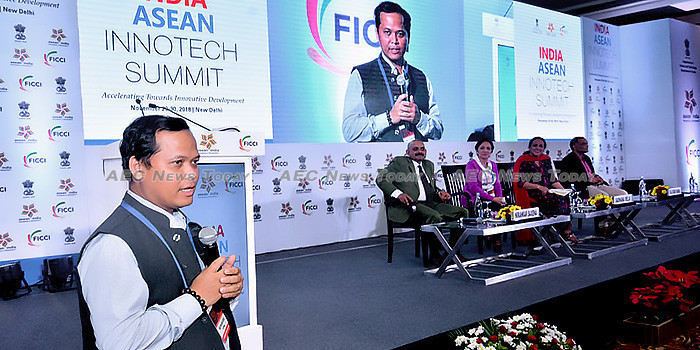 India might have walked away from the Regional Comprehensive Economic Partnership (RCEP), but that shouldn’t been seen as indicating anything apart from the complexities of international trade deals. India’s interest in Asean remains strong and vibrant as those attending next week’s 2nd India-Asean InnoTech Summit will find out.

To be held between November 20 and 22 at the SMX Convention Center, Davao, Philippines, under theme ‘Accelerating towards innovative development’, the 2nd India-Asean InnoTech Summit is a further projection of India Prime Minister Narendra Modi’s ‘Act East’ policy.

The Summit will comprise a series of interactive sessions comprising Indian and Asean policy makers, industry leaders, innovators and scientists, with

More than 30 speakers from the likes of India’s National Research Development Corporation (NRDC) and the Foundation for Innovation and Technology Transfer (FITT) will join those from Malaysia, Myanmar and Thailand to share their knowledge, experience, and needs over the three day event.

Exclusive sessions will also be hosted by Asean science and technology secretaries and advisors providing opportunities for business-to-business (B2B) and business-to-government (B2G) meetings.

Organisers expect more than 300 people from India and Asean member states to attend the Summit, which will be complimented by some 50 Indian and Asean technology companies showcasing their products ready for implementing throughout the region.

The technology sector has been a shining light for India, which has enjoyed considerable success in developing and exporting the technology skills of its citizens.

In September India announced 1,000 scholarships for Asean students to pursue PhDs at the Indian Institutes of Technology (IITs), New Delhi.

According to Indian higher education secretary, R Subrahmanyam, the scholarship programme is budgeted to cost $45 million. The first batch of Asean students will be admitted commencing January 2020.

Last month Ramesh Kodammal, co-chairman the Asean-India Business Council (AIBC), urged India and Asean member states to work on improving “people-to-people connectivity”, noting that no airline currently has a direct flight between India and the Philippines.

Meanwhile, economic ministers attending the 16th Asean Economic Ministers (AEM)-India Consultations in Bangkok in September agreed to a request by India to review the Asean-India Trade in Goods Agreement (AITIGA), the first such review in a decade.

India is the regions sixth largest trading partner with two-way trade in goods between it and Asean member states topping $80.8 billion in 2018, a 9.8 per cent increase on 2017.

Thailand English-language News For May 22, 2017