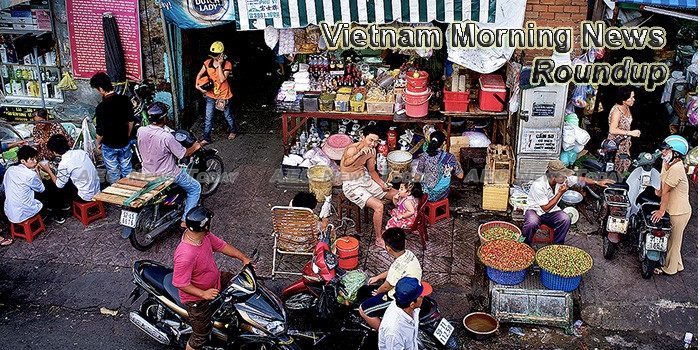 GDP bounces back in Q2
Vietnam’s economy bounced back in the second quarter of the year, posting growth of 6.17 per cent, according to official figures from the General Statistics Office (GSO) and driven by gains in the industrial and services sectors, though mining dragged growth down slightly.
– Vietnam EconomicTimes

Vietnamese consumers among most demanding on e-commerce
Viet Nam’s e-commerce may be one of the world’s fastest-growing markets, but the country’s customers are also among the most demanding.
– Viet Nam News Bizhub

VN to import petrol for next five years
Viet Nam is expected to continue importing petroleum products for the next five years as production of major oil refineries is unable to meet the increasing local demand.
– Viet Nam News Bizhub

FDI into property sector continues rising
The Vietnamese real estate sector has attracted a total foreign direct investment (FDI) of USD701 million in the first half of this year, up 16% on-year.
– VietnamNet Bridge

Viet Nam’s fertiliser imports surge in H1
Viet Nam spent US$628 million on importing 2.34 million tonnes of fertiliser in the first half of this year, surging 24 per cent in volume and 18 per cent in value compared with the same period last year.
– Viet Nam News Bizhub

Funds needed for hi-tech agriculture
Agricultural productivity and quality should be increased by investing more in innovation and strengthening links between all stakeholders, including farmers, enterprises and research institutes, experts say.
– Viet Nam News Bizhub

Convenience stores seek ways to differentiate themselves from rivals
Brands are trying to fully exploit their advantage to compete with rivals, but most of them are developing a model that is a hybrid between a convenience store and fast food shop.
– VietnamNet Bridge

Tourism plans in Mekong Delta called too ambitious
The Mekong Delta expects 34 million travelers by 2020, but the goal is out of reach if local tourism continues to operate in the traditional way.
– VietnamNet Bridge