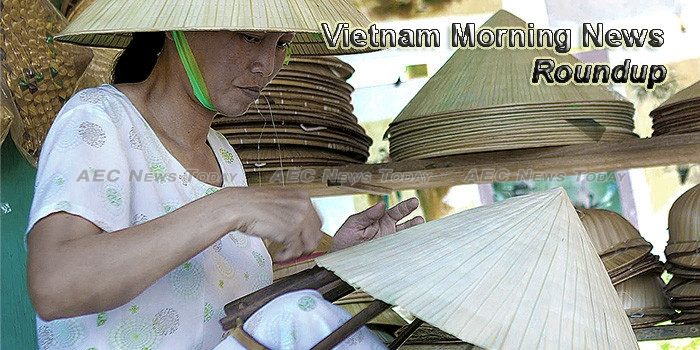 Foreign investment in Viet Nam surge 52 per cent
Viet Nam attracted US$21.93 billion in foreign direct investment (FDI) during the first seven months of this year, a surge of 52 per cent year-on-year, according to the latest Foreign Investment Agency statistics.
– Viet Nam News Bizhub

Agriculture records 7M trade surplus of $4bn
Export turnover in the agriculture, forestry and fishery sector in July was $3.11 billion, bringing the figure for the first seven months of the year to $20.45 billion, a 14.7 per cent increase year-on-year, according to the Ministry of Agricultural and Rural Development.
– Vietnam EconomicTimes

FIEs’ ups and downs affect Vietnam’s economic index
The Vietnamese economy is so reliant on the foreign-invested economic sector that any change in foreign invested enterprises (FIEs) can affect the economic indexes.
– VietnamNet Bridge

National conference nuclear technology to open
The 12th National Conference on Nuclear Science and Technology will take place in the central coastal province of Khanh Hoa from August 2-4, heard a press briefing on July 27.
– VietnamPlus

Beware of pitfalls while eyeing Eurasia windfall: experts
Vietnamese businesses should be aware of the potentially huge pitfalls of trading with the Eurasian Economic Union (EAEU), and the importance of tackling these together, experts said at a conference on Tuesday.
– Viet Nam News Bizhub

Ministry proposes tax cut to boost cement export
The Ministry of Planning and Investment has proposed export tax cuts on cement while local producers are struggling with high stockpiles as supply has exceeded demand in the domestic market.
– Viet Nam News Bizhub

Fruit and vegetable exports continue to boom
As at July 15, the export value of Vietnamese fruit and vegetables reached $1.85 billion year-to-date, an increase of 45 per cent year-on-year, according to a report from the General Department of Vietnam Customs.
– Vietnam EconomicTimes

Vietnam hotel sector starts to feel the heat from Airbnb
As more and more holidaymakers turn to Airbnb for accommodation in Vietnam, the local hospitality sector is beginning to feel the pressure.
– Tuoi Tre News

Real estate inventory down in Q2
Total real estate inventory in Vietnam stood at about VND27.3 trillion ($1.2 billion) as at the end of the second quarter of 2017, down VND3.6 trillion ($167 million), or nearly 12 per cent, year-on-year, according to a report from the Vietnam Real Estate Association (VnREA).
– Vietnam EconomicTimes

Mid-end apartment supply plentiful
The real estate market will see an abundant supply of mid-end apartments toward the end of the year, according to the Vietnam National Real Estate Association.
– VietnamPlus

Vietnamese fashion brands lose ground amid foreign arrivals
With the landing of more foreign fashion brands in Vietnam, only a small space in the market is being left for domestic brands.
– VietnamNet Bridge

Cat Ba to be eco-smart island
Cat Ba island, off the northern port city of Hai Phong, is set to become an eco-smart island and a national tourism site, according to the city’s tourism development plan period 2017-2020.
– VietnamPlus