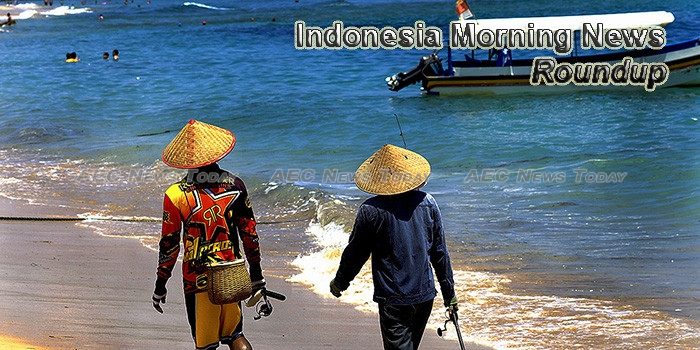 Telecommunications, Increasingly Growing and Promising Business
PT Mora Telematika Indonesia (Moratelindo) Executive Director Galumbang Menak believes that telecommunication is a promising business among other businesses. He claimed that the highly attractive communication business causes it to be free of any external disruption.
— Tempo

No layoffs after full cashless payment: Toll road operator
State-owned toll road operator PT Jasa Marga has reassured that there will be no employee terminations following the nationwide implementation of toll road electronification.
— The Jakarta Post

Trillions of Funds to Flow into Villagers` Pockets
The government has since 2015 allocated a total of Rp127.64 trillion in village funds to develop infrastructure and other facilities in villages.
— Tempo

Exclusive: Indonesia’s Alodokter closes $7m Series B backed by SoftBank
Golden Gate Ventures-backed Indonesian digital health startup Alodokter.com is learnt to have raised around $7 million in a Series B round.
— DealStreetAsia

House Commission VI: Deviation in Refined Sugar Distribution Has Long Happened
Member of Commission VI of the House of Representatives Abdul Wachid believes the leaking of refined sugar into the consumer market has long happened, long before the Criminal Investigation Agency (Bareskrim) of National Police declared the president director of PT CP, with initials BB, as a suspect of illegal distribution case of refined crystal sugar.
— Netral News

Indonesia-Malaysia Border Trade Agreement Expected to Complete in 2018
The Indonesian and Malaysian governments have agreed to complete the Review on Border Trade Agreement (BTA) in 2018. This agreement was reached at the 5th Negotiation of BTA Review 1970 which took place on November 2-3, 2017 in Yogyakarta.
— Netral News

Jokowi to Discuss Inclusivity, Development Gap at APEC Summit Next Week
President Joko “Jokowi” Widodo is scheduled to attend the Asia-Pacific Economic Cooperation Summit next week, where he is expected to discuss inclusivity and the development gap in the digital age with 20 other heads of state.
— Jakarta Globe

No delay in Japan, RI key projects
Despite a four-month delay in the construction of the US$3 billion Patimban Port, the country is determined to begin operating it in the first quarter of 2019 as scheduled.
— The Jakarta Post