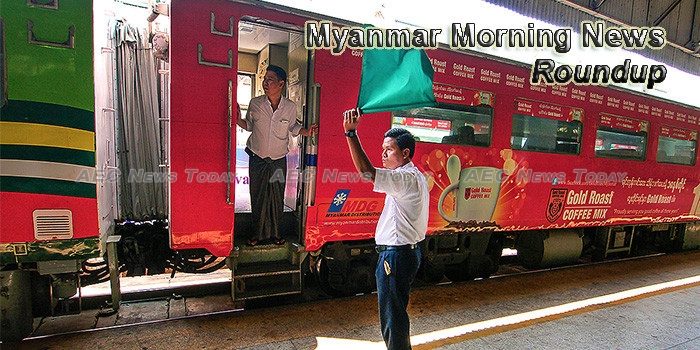 Myanmar Asks WHO to Help Fight H1N1 Virus
Myanmar’s government requested help from the World Health Organization (WHO) on Wednesday after the H1N1 influenza killed six out of 20 confirmed cases in the country, according to the Ministry of Health and Sports.
– The Irrawaddy

Sugar industry at brink of collapse after China buyers pull back
Over 800,000 tons of sugar has accumulated in the local market since China stopped importing from Myanmar.
– The Myanmar Times

Power projects to light remote areas in Chin
After a pause of 20 years, new hydropower projects will be built under the NLD-led government in Chin State, according to Salai Isaac Khen, state minister for development, electricity and industry.
– The Myanmar Times

Firms asked to bid for aviation contracts
Minister for Planning and Finance Kyaw Win says the government will give the green-light to entrepreneurs for the distribution of aviation fuel at airports, including Yangon International Airport.
– Eleven Myanmar

VisionFund brings micro finance to Myitkyina
People living in Myitkyina, the capital city of Kachin State, have improved access to responsible microfinance thanks to a partnership between VisionFund Myanmar and the Livelihoods and Food Security Trust Fund (LIFT) through World Vision.
– Global New Light of Myanmar

New chairman appointed to UN mission probing Myanmar abuses
The United Nations’ Human Rights Council has replaced the chairwoman of a team investigating allegations of killings and rape by Myanmar’s security forces, it said on Thursday (July 27), amid concerns over her perceived bias.
– The Straits Times

Migrant worker agencies to be graded on adherence to labour standards
A committee will be formed to prevent abuses by and protect migrant workers against unscrupulous overseas employment agencies, according to the Myanmar Overseas Employment Agencies Federation.
– Global New Light of Myanmar