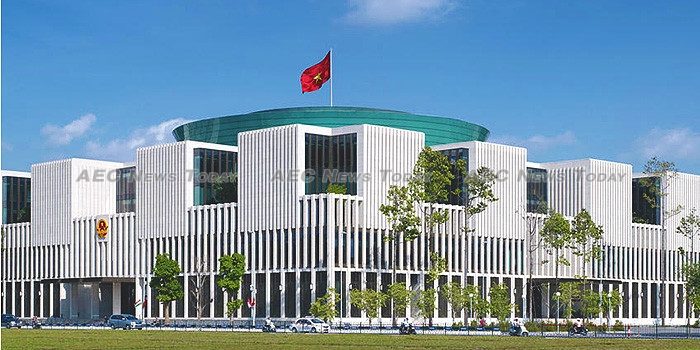 A little over a year ago the Permanent Court of Arbitration (PCA) ruled on an application brought by the Philippines against China over their maritime dispute in the South China Sea involving the Spratly Islands. The Tribunal ruled unanimously on almost all of the Philippines’ claims.

If China and the Philippines had complied with the findings of the award, as required by international law, Vietnam would have been a major beneficiary for four reasons.

First, the Tribunal ruled that China’s nine-dash line claims to historic rights, other sovereign rights, and jurisdiction in the South China Sea are ‘without lawful effect’ to the UN Convention on the Law of the Sea (UNCLOS), which  ‘superseded any historic rights, or other sovereign rights or jurisdiction’ claimed by China, that are in excess of the limits imposed in the Convention.

Second, the Tribunal ruled that none of the land features in the Spratly’s are islands in terms of international law and, therefore, none of these features are entitled to a 200-nautical mile exclusive economic zone.

Third, the Tribunal found the conduct of China’s law enforcement vessels, such as ramming and the use of high-powered water cannons, breached China’s obligations under international law. In addition, China’s law enforcement vessels violated sovereign rights by interfering with commercial oil exploration operations, imposing an illegal moratorium on fishing, failing to prevent Chinese-flagged vessels from fishing illegally and preventing other fishermen from engaging in traditional fishing.

These four points, show that most of the sources of contention between Vietnam and China over sovereign rights in the South China Sea, would have been eliminated if China had accepted the PCA’s ruling. Further, it would have opened a way for regional cooperation, to redress China’s destruction of the marine environment.

Vietnam has not been entirely quiescent though. It is pursuing four strategies to protect its maritime claims in the South China Sea.

First, Vietnam is pursuing a ‘cooperation and struggle’ strategy with China. This entails taking actions that strengthen its claims in the South China Sea, such as building up and equipping its navy and air force to present a credible military deterrent to China.

Vietnam has also stepped up oil exploration activities in the South China Sea in cooperation with US, Spanish, and Indian oil companies. This led China to abruptly cancel this year’s annual Vietnam–China friendly border defence activities in response.

Second, Vietnam has engaged China on the South China Sea at working group level, senior official level, and in high-level bilateral meetings. At the same time, Vietnam has been more forthright in issuing diplomatic protests and public statements critical of Chinese actions in the area.

Third, Vietnam has been active in Asean in trying to forge a united front on maritime disputes with China in the South China Sea. But Asean’s norm of consensus has resulted in watered-down statements. For example, at Asean’s most recent summit in Manila in April 2017, the South China Sea section in the Chair’s Statement was reduced from eight to only two paragraphs. The statement noted, ‘concerns expressed by some leaders over recent developments in the area’ rather than the ‘serious concerns’ noted the year before.

Fourth, Vietnam’s leaders have sought and received statements of support from Japan, India and the United States on the South China Sea. These statements invariably support freedom of navigation and overflight and other lawful uses of the sea, as well as the peaceful resolution of disputes without the threat or use of force or coercion, in accordance with international law, including full respect for diplomatic and legal processes.

Most recently, after US President Donald Trump received Vietnam Prime Minister Nguyen Xuan Phuc at the White House on  May 31, they issued a joint statement that ‘called upon all parties concerned to implement their international legal obligations in good faith in any resolution to these disputes’. They highlighted the importance that parties refrain from actions that would escalate tensions, such as the militarisation of disputed features.

Imminent hostilities between China and Vietnam are unlikely. Both sides are pursuing diplomacy bilaterally and multilaterally, including through discussions on a code of conduct for the South China Sea between Asean member states and China.

Discussions are underway, but no code of conduct has been agreed upon among Asean members – which is concerning, given that this code of conduct could dilute some of the sources of friction between China and Vietnam (if not, other claimant states) in the South China Sea where the PCA’s ruling has been unable to.

This article was written by Carlyle A. Thayer,  an Emeritus Professor at the University of New South Wales, Australian Defence Force Academy, Canberra. It first appeared on East Asia Forum under a Creative Commons License and is produced here with its permission.