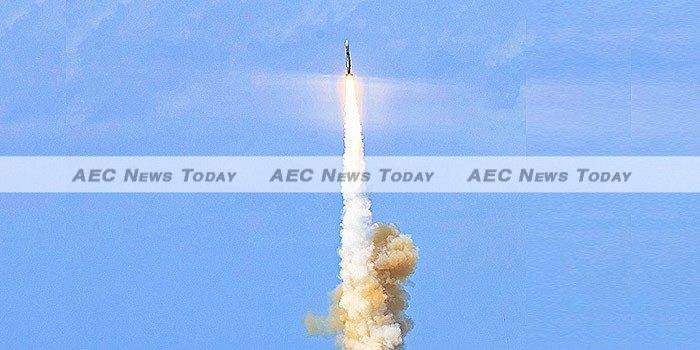 The timing couldn’t have been more calculated: less than 24 hours into an Asean summit hosted by US President Barack Obama, primarily to mull over how best to reduce tensions in the South China Sea and facilitate trade between Asean’s ten member states, Beijing manoeuvred 16 surface-to-air missile launchers and a radar system into position on the disputed Paracel Islands – each capable of destroying Vietnamese fighters on take-off.

Beijing’s conspicuous upping of its military might in this vital shipping route through which roughly US$4.53 trillion in trade passes every year comes as no surprise to international observers. China has been reclaiming islands artificially for decades, building runways and military installations on once-uninhabited coral reefs while publicly avowing not to ‘militarise’ the region.

“China has recently built hardened shelters for fighter aircraft on Woody Island,” Bonnie Glaser, a senior advisor for Asia at the Centre for Strategic and International Studies (CSIS) in Washington, told the Wall Street Journal. “It isn’t surprising that they are deploying surface-to-air missiles to defend them.”

But as Euan Graham, director of international security at Australian think-tank the Lowy Institute, notes in The Guardian: “The appearance of the HQ-9 missiles could be interpreted as a warning to Southeast Asian leaders not to tack too close to the US in the South China Sea.”

Prior to the release of satellite images revealing the presence of weapons on Woody, part of the Paracel chain just east of Vietnam, it had been hoped the summit would directly address China’s tactics in the South China Sea (Woody Island – claimed by China, Taiwan, and Vietnam, which calls it Phú Lâm Island – has been under Chinese control since 1974, according to US national security think tank The Centre for a New American Security).

On the eve of the summit outgoing Vietnamese Prime Minister Nguyen Tan Dung urged the US to have a “stronger voice” and play a larger role in demilitarisation of the South China Sea. But not all Asean members agree on how to handle the disputes. Some, including current Asean chair Laos PDR and its neighbour Cambodia, have close economic ties to Beijing.

The joint statement finally released stopped short of singling out China for its increasingly aggressive pursuit of territory, reiterating instead the broad key principles of US-Asean cooperation.

Mr Obama told a news conference the California gathering had reaffirmed “our strong commitment to a regional order where international rules and norms and the rights of all nations, large and small, are upheld.”

“We discussed the need for tangible steps in the South China Sea to lower tensions, including a halt to further reclamation, new construction and militarisation of disputed areas,” Mr Obama continued. “When Asean speaks with a clear and unified voice, it can help advance security, opportunity and human dignity.”

What Missiles, How About Our Lighthouses?

Dignity, however, appeared to have taken the day off. Shortly after the satellite images were first published by Fox News, Chinese Foreign Minister Wang Yi derided the reports as an attempt by “certain western media to create news stories”.

“I also hope the media everywhere… will turn your attention more to the lighthouse we have built on some of the islands,” Mr Wang continued, “which are in operation now and have been very useful in assuring the safety of passing ships.”

Washington was no less belligerent. Commander of the US Pacific Command, Admiral Harry Harris, said the deployment of missiles, while not a surprise, was nonetheless cause for concern and contradicts China’s pledge not to militarise the region.

“We will conduct more and more complex freedom of navigation operations as time goes on in the South China Sea”, Mr Harris told a briefing in Tokyo. “We have no intention of stopping.”

This most recent exchange is in keeping with the historic tit-for-tat between the two nations: in October last year a US Navy guided-missile destroyer, the USS Curtis Wilbur sailed within 12 nautical miles (22.22Km) of the Paracel Islands in a freedom of navigation exercise – a move Beijing branded “highly dangerous and irresponsible,” accusing the US of being “the biggest cause of militarisation in the South China Sea” (Sailing within territorial seas has meaning beyond advocating freedom of navigation: it’s a way for the US to repudiate China’s territorial claims in the area, while underscoring Washington’s commitment to keep trade routes open to other Asean countries).

Beijing claims most of the South China Sea via its controversial territorial marker, the ‘nine-dash-line’, but the region is caught in a complicated web of territorial disputes involving China, the Philippines, Vietnam, Malaysia, Brunei and Taiwan.

The main contention is that China’s nine-dash-line doesn’t fit the United Nations Convention on the Law of the Sea (UNCLOS).

Signed in the 1970s by the rival claimants in the South China Sea, the treaty dictates that claims over any body of water must be based on land features.

Specifically, a country can claim exclusive rights to resources within a so-called Exclusive Economic Zone (EEZ), extending 200 nautical miles from a continental shore line or around islands, but only if the country can prove those islands are habitable and can sustain economic life. Sovereignty over a rock entitles the owner to just 12 nautical miles of surrounding sea.

Let us return now to Mr Graham at the Lowy Institute, who comments that the latest deployment “marks a step up the ladder to China’s progressive ‘militarisation’ of the South China Sea, but it is also calibrated.

“If China’s long-term strategy seeks military pre-dominance in the South China Sea, one near-term motivation for the missile deployment could be to deter the US from mounting an overflight operation close to the Paracel Islands.

“This is no ‘missile crisis’ in the Cuban sense, therefore. Rather what we are seeing is a conscious effort by China to progressively extend its strategic footprint in the South China Sea.”

Dr John Blaxland, senior fellow at the Australian National University’s Strategic and Defence Studies Centre (ANUSDSC), says the missile deployment “exposes the Chinese rhetoric as a sham”, but plays down any immediate threat to security.

Speaking to AEC News Today via Twitter, Dr Blaxland says of the incident that, although contentious, it’s unlikely to prompt a significant arms build-up in the area: “Mainland Asean states, other than Vietnam, will try to pretend it hasn’t happened.”

What did happen at the Asean summit, according to Mr Obama, was progress on trade and investment and an agreement to launch a new scheme, dubbed US-Asean Connect, to help Asean nations meet the criteria of the Trans Pacific Partnership (TPP) trade deal.

The US-led free-trade pact thus far boasts four Asean signatories: Brunei, Malaysia, Singapore and Vietnam. Three more – Indonesia, Thailand and the Philippines – have expressed interest in coming aboard after it goes into effect (the remaining three – Cambodia, Laos and Burma – aren’t members of the Asia-Pacific Economic Cooperation (APEC) group, and thus aren’t eligible for the deal).

For now, while China continues to build artificial islands and the US continues to patrol territorial waters, business leaders are looking on with more than mild consternation.

“What keeps us up at night is that one of the big tension areas is the South China Sea,” Alexander Feldman, president of the US-Asean Business Council, told Business Insider. “We would like as a business community to see those differences and overlapping [South China Sea] claims addressed in a way that is done though discussion rather than military confrontation.”

Stop Press:
As this story was being prepared for publishing the Vietnam government issued its long-awaited for response.

“They have also threatened peace and stability in the region as well as security, safety, and freedom of navigation and aviation in the East Vietnam Sea.”