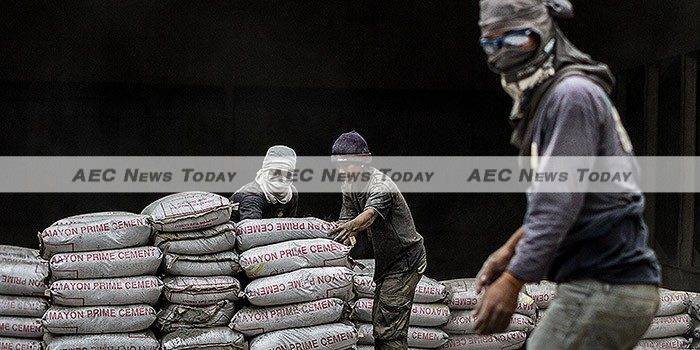 The winner of the upcoming 2016 Philippine general election looks set to inherit an underwhelming legacy of lackluster GDP growth and a shortage of infrastructure. Once again in 2015 government under-spending on projects, lower exports, outflow of portfolio investments and stagnant agricultural production has curbed growth.

It was not all bad news though. The services sector, construction, manufacturing and consumption all contributed to 2015 Philippine GDP growth, which will hopefully continue throughout 2016.

Public-private partnership (PPP) projects are increasing. New projects are still being opened up to private bidders. The government will provide subsidies and the strategic leadership to manage the direction of the projects to meet public needs. This line-up of projects will provide momentum for Philippine GDP growth. A number of government public works projects — such as drainage and flood control systems, roads and bridges — that have suffered delays will also continue to be implemented by the next administration.

But there are of course hurdles to be surmounted to boost Philippine GDP. The El Niño phenomenon is likely to reduce rainfall causing difficulties for agriculture, hydropower generation, and water supply for the major urban areas.

The new administration will also need to re-organise executive departments and the legislative branch as well as their own leadership and committee structures, which may slow progress. And unless the preparation and passage of the 2017 budget is enacted by December 2016 there will be massive delays in its delivery.

The territorial dispute with China in the South China Sea will further have a negative effect on development in the Philippines. This is due to both the need for increasing outlays on surveillance and defence, and the decrease in tourist arrivals, investment and trade. Exacerbating this, the world economy has slowed leading to a decline in trade and investment, though the lower price of oil has provided some stimulus for the Philippine economy.

The present administration is considered to be in a holding pattern, trying to preserve its legacy of good governance. But problems continue to plague the country. One such problem is traffic congestion, which is due in part to the deterioration of the light rail networks. Congestion problems have also affected access to seaports and posed problems for the Ninoy Aquino International Airport.

The new government will need to address shortages of basic services. Fortunately a shortage of peaking power in Manila was successfully averted in 2015, but limited power supplies will remain a problem in 2016. Mindanao was badly hit by a lack of new generating units. The El Niño phenomenon has also limited the water supply to hydropower units. The water supply for the Manila area has started to reduce, but hopefully it will not be severely constrained.

The Philippines has conducted studies to determine its basic utility service needs into the future. But the recommendations of these studies came too late to be implemented during the six-year term of President Benigno Aquino. Without the required infrastructure to support increases in demand, economic growth will continue to spur shortages.

The government has prepared a comprehensive industrial program to promote inclusive growth. The objective is to lower underemployment and unemployment which remain high. At the present stage of regional and global developments industry should be competitive and be able to take advantage of the higher value chains.

As rural areas have higher poverty levels it is vital that the Philippines sets up agricultural projects and their corresponding processing facilities. Infrastructure investments in irrigation, roads, and power are essential requirements, as is skills training for agribusiness activities.

Another area being promoted is the manufacturing of automotive components, with the view to eventually building a few models of complete automobiles and trucks. Particular attention is also being directed to the development of small- and medium-sized enterprises since, according to the Philippine Department of Trade and Industry (DTI), they comprise about 97 per cent of all enterprises in the Philippines.

The services sector is quite strong in the field of business processing services, tourism and medical services. And there is continuing diversification into higher value services.

Other key issues that the winner of the 2016 Philippine general election will need to address include finalising tax reform, resolving the law governing Muslim Mindanao, amending economic provisions of the constitution, encouraging foreign direct investment — especially in mining — and peacefully resolving the South China Sea dispute.

The winner of the 2016 Philippine general election will have a full plate with little time for the traditional honeymoon period usually allowed for after taking office, but with the right governance strategy they will be able to manage the challenges and deliver strong Philippine GDP growth.

This article was written by Cesar Virata a principal of C. Virata & Associates and  a former prime minister of the Philippines. This article first appeared on East Asia Forum under a Creative Commons license and is reproduced here with its permission.