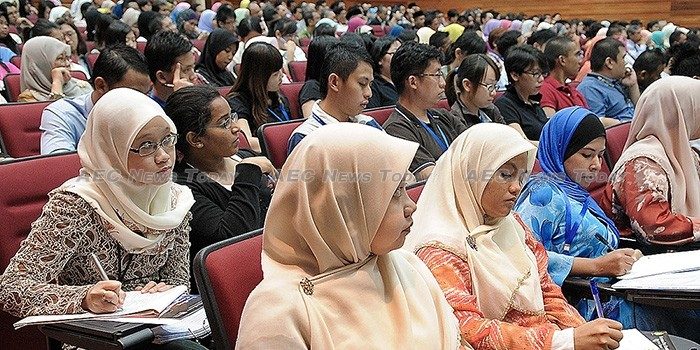 Indonesia’s youth (pemuda) have always been valued as the vanguard of political change, taking a leading role in the independence revolution of the 1940s and in more recent regime changes in 1966 and 1998. With a half of Indonesia’s 240 million people  aged under 30, Indonesia’s youth are the key to its future development.

Due to the extraordinary economic transformation of Indonesia — driven by relatively high levels of growth since the 1997 Asian Financial Crisis and the emergence of a consuming middle class — Indonesia’s youth are better educated and more linked into the global economy and culture than their parents. But there are challenges facing Indonesia’s youth in this time of rapid transformation.

The opening of Indonesia to the world throughout Haji Mohamed Suharto’s New Order and during the period of democratisation that followed has brought many positive benefits. Indonesia has achieved the Millennium Development Goal of universal primary education and has made great progress in achieving the national goal of a universal nine years of schooling — though commentators remain critical of the quality.

Indonesia’s youth today are, on the whole, better educated and more affluent than their parents.

With a mobile phone connection rate of 126 per cent, about one-third of who actively use social media, Indonesia has one of the most globally connected populations in the world. But the increased mobility and connectedness of Indonesia’s youth has risks.

Public discourse around Indonesia’s youth emphasises the perceived moral hazards posed by Western media, although pornography is freely available and the 2006 anti-pornography law has done little to curb this. But a more urgent risk for many young people is that, especially in post-agrarian populous Java, there are no local economic niches that can absorb this demographic into their communities.

Furthering education necessitates that many of Indonesia’s youth leave home and live relatively independently in towns and cities. But education — commonly paid for by parents through enormous sacrifices — is not an automatic passport to a job.

This creates what anthropologist Ben White has referred to as ‘priceless but useless’ children. The highest unemployment rates in Indonesia pertain to junior high leavers and university graduates. For rural children, becoming a civil servant is still generally the most desired occupation, promising job security, and a pension.

Still, young people increasingly report ‘free mixing’ (read ‘sex’) as a major threat to Indonesia’s youth, though they commonly see young people other than themselves and their friends as the ones at risk.

Indonesian parents put an extraordinary degree of trust in their children when they move independently to cities and large towns to pursue study and work options.

The Indonesian scouting movement (linked to the military-inspired movement established in the early twentieth century) is perhaps a surprising leisure activity for modern, ‘connected’ youth. But some students enthusiastically embrace scouting as a place that provides not only fun, but also opportunities to learn skills for adulthood.

Peer surveillance is effective in keeping youth ‘on the straight and narrow’. They learn to be adults from each other, with mutual support through times of confusion and stress.

Another risk related to global connections is the ‘hard-line’, Saudi-influenced forms of Islam that are finding fertile ground among Indonesia’s youth, especially among students who are stressed about their futures.

Occupying the streets in noisy demonstrations is a powerful claim for recognition, including in parts of Indonesia such as Ambon that have been marked by inter-religious conflict. Global media is important in this trend.

In spite of public discourses around youth as a ‘problem’, the aspirations of Indonesia’s emerging adults remain remarkably similar to those of their parents; a  job, marriage, and a house constituting ‘the good life’.

The question remains as to whether Indonesia’s youth will be able to realise these aspirations given rising problems of youth unemployment and the emerging gap between rich and poor. But Indonesia as a nation has always had faith in its ‘youth’ as the vanguard who will take the nation forward.

This article was written by Kathryn Robinson, an Emeritus Professor at the School of Culture, History and Language, the Australian National University. She is the author of Gender, Islam and Democracy in Indonesia and the editor of Youth Identities and Social Transformations in Modern Indonesia, recently published by Brill. It first appeared on East Asia Forum under a Creative Commons license and is reproduced here with its permission.