Billions of Dollars in Litigation Awaits Philippines Mine Closures 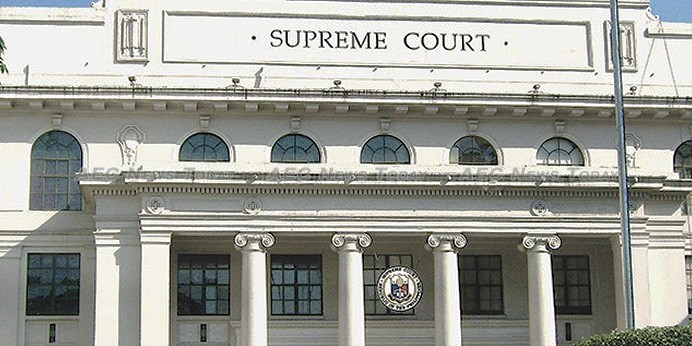 The Philippine government faces decades-long litigation costing billions of dollars in legal fees and compensation if it pushes through with its planned mine closures, jeopardising foreign investment due to the apparent abandonment of due process and the rule of law. At least so says the Chamber of Mines of the Philippines (Comp).

Two weeks ago against a backdrop of Michael Jackson’s hit song “Heal the World,” Philippine Environment Minister Gina Lopez unveiled a video titled “Heal the Hurt” as she announced the suspension of 23 mining operators throughout the archipelago. A further five were suspended. Ms Lopez later unveiled plans to cancel 75 of 311 mining contracts in the Philippines.

The cancellations came in the wake of a nationwide mining audit covering all 41 large-scale mines in the Philippines, with Ms Lopez earlier saying that she would close mining companies that fail the audit (See: Philippine Mining Sector: Polluting Mines to be Closed).

While environmentalists have lauded Ms Lopez for her resolute stand on mining, mining companies and their allies have expressed horror and questioned the legality of Ms Lopez’s closure and suspension order.

In a statement the Comp, an organisation whose role is to advance the interests of mining, quarrying and mineral processing companies, said that Ms Lopez violated due process and did not give proper notice by consistently refusing to release the results of the audit to affected parties.

Decades of Legal Battles Ahead

While the involved mining companies have for now refrained from questioning the closure and suspension order in the courts pending an appeal to Philippine President Rodrigo Duterte, there is no question that’s where they will go should their appeals be rejected.

Speaking with CNN Philippines Mick Wilkes, president and ceo of Australia-based OceanaGold Corporation, questioned the legality of the mine closures and expressed optimism that they can overturn the Order based on strong legal grounds.

However, Mr Duterte is flip-flopping on the issue; one day saying he supports the closure order and then changing his mind the following day.

That the courts are the likely end point is becoming increasingly certain, with a top Comp official saying Ms Lopez will be wasting billions of dollars of public money in fighting lawsuits if she will not give in or compromise on the mine closures.

The Philippine judicial system does not have a reputation for being the fastest legal system in the world and is susceptible to delaying tactics. Cases involving wealthy and powerful people often languish in the courts for several decades before being resolved. That 75 mining law suits could still be going through appeals well into the next administration is not difficult to imagine, along with the contingency liability for any damages the courts might award.

Mine Closures Will Take $8 mil From Local Governments

With Indonesia’s recent flip-flop on the export of raw ore (See: Philippines & Indonesia Combine to Cause Nickel Industry Concern) coupled with the bans proposed by Ms Lopez and there is little doubt that the title of world’s largest nickel supplier will rapidly return to Indonesia.

According to a Reuters report a team that reviewed that audit only recommended that the erring mining companies be suspended and ordered to pay fines for violations. Ms Lopez reportedly overrode the team’s recommendation, asserting that the violations warrant the extremest punishment and that many of the mines are located in ‘watersheds’.

According to Ronald Recidoro, Comp vice president for legal and policy affairs, the mine closures risked “sending signals to the market – and to mining investors in particular – that they are not welcome here”.

The Comp also claims that the mine closures will affect the economy and livelihood of many people, especially in the areas where the mining sites are located. Some 1.2 million workers will lose their livelihoods it says, with the communities on Dinagat Islands and Surigao del Norte and Surigao de Sur provinces where 14 mine closures are slated set to be among the hardest hit.

In addition, Finance Secretary Carlos Dominguez estimates that local government units (LGUs) will lose some P650 million (about US$12.946 million) annually because of the mine closures. Of this some P441.92 million (US$8.8 million) was generated by taxes, fees, and other charges that LGUs levy on mining companies, with the balance coming from the LGUs share of mining taxes collected by the national government.

Ms Lopez is unmoved by their arguments. “We have been mining this country for more than 100 years, what do we have to show (for it)? All the areas we have mining are the poorest,” she told the Philippine Daily Inquirer.

“The Philippines is the world’s fifth most mineralised country in the world and is the planet’s top nickel producer, but firms take 82 per cent of the profits, and nearly all the money goes out of the local economy,” she added.

In place of the mines Ms Lopez is proposing the creation of “green jobs” for people who will be out of work because of the mine closures and suspensions. The “green jobs” proposal is part of the planned rehabilitation that the Department of Environment and natural Resources (DENR) will spearhead in the mining-affected areas of the country, she says.

Citing the eco-tourism project she initiated at Ugong Rock in Puerto Princesa, Palawan, Ms Lopez also called on governments to look at other industries aside from mining to create jobs for locals.