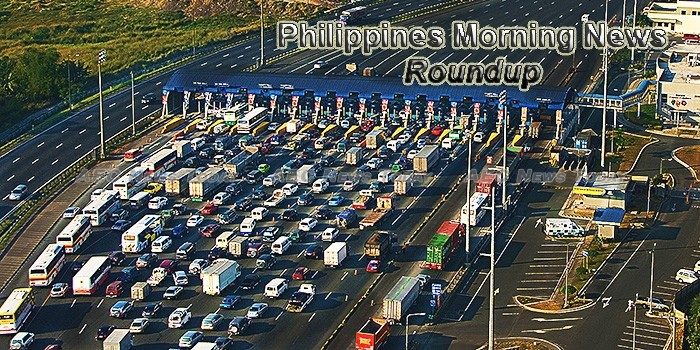 Philippines exports grow at fastest rate in 3 years
Exports from the Phlippines grew at their fastest clip in three years in January as shipments of electronics took off.
— Financial Times

Senate OKs Paris climate change accord
The Senate has approved on second reading the resolution concurring in the accession to the Paris Agreement. If passed on third reading next week, it would signal complete concurrence with Malacañang’s ratification of the agreement.
— Philippine Star

Tax reform seen key to inclusive growth
TAX REFORMS proposed by the Finance department will help economic growth stay above six percent in the medium term while reducing the burden of the poor, analysts at BMI Research said, even as they flagged risk from “growing divisions” in the Senate that could delay their approval.
— BusinessWorld

‘Too much work kills’: Poe seeks probe as more Filipinos overworked
Alarmed by a recent report that more than 8 million Filipinos are overworked, Senator Grace Poe now wants the Senate to look into the problem and propose legislative measures to address it.
— Philippine Daily Inquirer

Career diplomat takes over at DFA
Career diplomat Enrique Manalo, whose stint in the foreign service spans nearly four decades, has been named acting foreign affairs chief, replacing Perfecto Yasay Jr., who had to vacate his post after being rejected by the Commission on Appointments (CA) for lying about his US citizenship.
— Philippine Star

Meralco rate up by P0.66/kWh in March
POWER distribution utility Manila Electric Co. (Meralco) announced on Thursday that the March electric bill for a typical residential household would increase by P0.66 per kilowatt-hour (kWh), bringing the overall rate to P9.67 per kWh from last month’s P9.00 per kWh.
— Manila Times