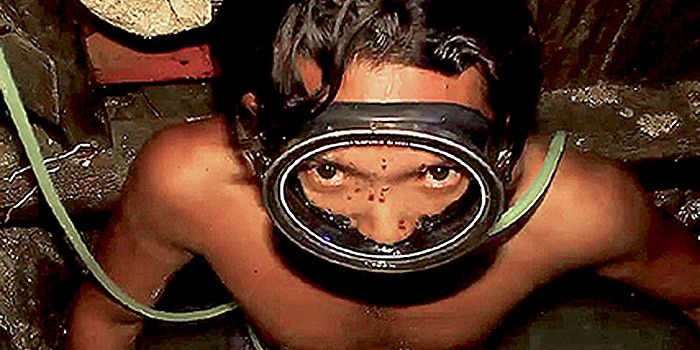 Newly appointed Philippines environment secretary Regina “Gina” Lopez has warned the Philippines mining sector that she plans to conduct an audit of the industry, with those found to be involved in destructive mining facing closure.

Ms Lopez, a staunch environmentalist, said the move was suggested by no less than President Duterte, who appointed Ms Lopez to head the Department of Environment and Natural Resources (Denr), the agency responsible for governing and supervising the development, utilisation, and conservation of the country’s natural resources through the Mines and Geosciences Bureau (MGB), late last month.

The audit of the Philippines mining sector was among Ms Lopez’s first actions upon assuming her post at the start of the month. “We are releasing the order for the audit of all existing mines. I do want to evaluate if the country is safe from mining”, she said.

According to Denr the audit will bring together the regional and central audit teams of the agency, with the review expected to be completed within a month.

Mining companies will be audited for their compliance to mining laws and regulations. Existing mining operations will also be assessed as to whether they are beneficial or harmful to the people and the environment.

“We’ll take a look first and see what’s there and look at violations. If there are violations, that will lead to suspension later,” Denr undersecretary Marc Fragada told social news network Rappler.

Ms Lopez said the Philippines mining sector should comply with the highest standards of operations and suggested that they secure an International Standards Organization (ISO) certification, in particular ISO 14001. The ISO 14001 standard is an environmental certification provideing a framework for best practice to help organisations minimise their environmental footprint, with attainment signifying that a particular company is engaged in responsible mining.

Ms Lopez said the Philippines mining sector had not brought the promised economic development and has done little to uplift the lives of the Filipino people. Around 26.4 per cent or about 25 million of the current Philippine population of 100 million is considered poor.

According to Ms Lopez, this is true, especially in the areas where mines are located, noting that some of the “poorest places” in the Philippines are mining areas. “In many areas, mining has adversely affected farmers and fishermen,” she said.

This was exemplified by the Marcopper Mining Disaster in 1996 that caused severe environmental damage in Marinduque Province. The disaster occurred after toxic waste from a copper mine operated by Canadian firm Marcopper Mining, leaked into a nearby river system.

It was estimated that the toxic waste killed US$38,000 (P1.8 million) worth of freshwater marine life and about $105,000 (P5 million) worth of milkfish fry. The Boac River, which was the source of livelihood for most people not working for the mining company, was rendered unusable.

Ms Lopez said most of the money from the Philippines mining sector goes to foreigners and people already rich. Mining companies should act to address the matter if they are really for the common good. “I am not against mining, but I am against suffering,” she stated, stressing that the Philippines cannot build its economy based on suffering and injustice.

A surprise appointee, Ms Lopez is well-known for her environmental activism and anti-mining stance.

A scion of the rich and famous Lopez clan, Ms Lopez supports many environmental initiatives including the “Save Palawan Movement”, which has lobbied for a stop to mining operations in some areas of the Province of Palawan, an island province located in the Mimaropa region, formally known as the Southern Tagalog Islands.

The Lopez family is involved in power generation, media, and among many businesses, owns ABS-CBN, which is the largest broadcasting company in the Philippines.

Ms Lopez was also involved with effort to rehabilitates the Pasig River, a major waterway in Metro Manila which flows by the Philippine Presidential Palace (Malacañang Palace). She is the current chairwoman of the Pasig River Rehabilitation Commission (PRRC).

Days after President Duterte announced his choice for the top Denr post mining stocks took a beating on the Philippine Stock Exchange (PSE).

Rappler reported that share prices of Philippines mining and oil stocks dipped by 6.43 per cent as of noon, June 22 – its lowest growth rate since August 2015 – as investors panicked over the development.

Harry G. Liu, president of brokerage firm Summit Securities, Inc., said in the same Rappler article that the investing public was concerned by Ms Lopez’s appointment, and the downward trend is to “take a while.”

One question that has repeatedly been asked with the rise of the anti-mining Duterte Administration is the effect it will have on Chinese dependence on Philippines nickel ore.

China has become increasingly dependent on Philippines nickel ore since 2014 after Indonesia, its previous number one supplier, banned all exports of unprocessed minerals.

Used in the manufacture of many industrial and consumer products such as stainless steel and rechargeable batteries, Philippines nickel ore is often extracted in open pit mines, the kind of mines being targeted for closure by the Duterte Administration

Ms Lopez has described as “madness” the thought of having open-pit mining because of its environmental impact.

By its nature, open-pit mining is highly destructive to the environment. It changes the earth’s surface while often polluting the air, soil, and ground water nearby.

Philippine Mining Sector at a Glance

The Philippines is one of the most mineral-rich countries in the world. Minerals found in the Philippines include gold, chromite, nickel, and silver.

It is estimated that Philippine metal deposits stand at 21.5 billion metric tons, while non-metal minerals are put at 19.5 billion tons, with much of it remaining untapped. The MGB estimates there is $840 billion worth of untapped mineral wealth in the country.

Some of the better-known mines in the Philippine mining sector are the Rio Tuba Mine in Palawan Province, which represents one of the biggest nickel reserves in the country; Canatuan Mine, a controversial copper-zinc mine in Zamboanga del Norte Province; Malangas Coal Reservation in Zamboanga Sibugay Province; and Tampakan Mine in South Cotabato Province, which is believed to be one of the largest such mines in the world.

Most  minerals mined by the Philippine mining sector are exported for processing to other countries, with Japan and China being prominent customers. In 2013, according to the MGB, minerals accounted for 6.3 percent of the country’s total exports.

But the Philippine mining sector’s share of Philippines’s GDP and employment is less significant. In an explanatory note attached to a bill that would ban the export of mineral ores, it was noted that mining contributed less than 1 per cent of the country’s GDP from 2003 to 2012. The measure was introduced by Senator Paolo Benigno Aquino in 2014.

From one of the world’s largest mining countries in the 1970’s, the Philippine mining sector has struggled since due to tough environmental laws, land rights issues, and policy flip flops. It’s future looks to be just as difficult.