2016: The Year the Malaysian Economy ‘Crumbled’ 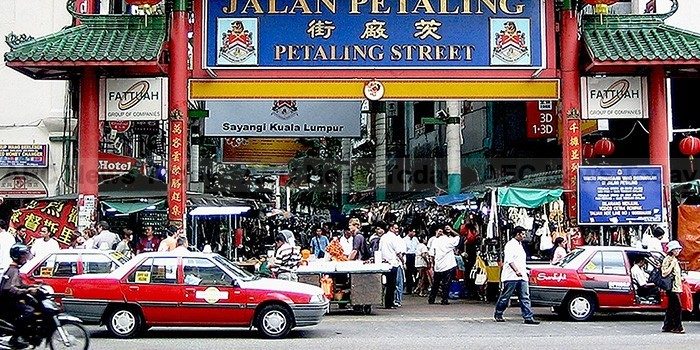 Last year was rather eventful for the Malaysian economy. Malaysia’s GDP growth rate — the one big indicator of macroeconomic health — has crumbled. From a past average of 5 per cent in real GDP growth, 2016 is likely to see something like 4.2 per cent.

What is of more concern is that growth in the country is mostly fuelled by domestic demand, which grew by 6.3 per cent in the second quarter of the year — picking up from the 3.6 per cent growth of the first quarter. Domestic demand has its limits given the small size of the domestic economy and the short duration that domestic demand can push growth for.

By contrast, external demand has taken a thrashing in the past months. Growth in net exports shrank by 3.8 per cent in 2015, sank to negative 12.4 per cent in the first quarter of 2016, and remained dismal in the second quarter at negative 7 per cent.

External demand is unlikely to rise again soon. The Japanese economy is not showing signs of any major pick-up. The Chinese economy is heading for a (hopefully gentle) slowdown, and Europe is unlikely to provide export demand for Malaysia due to Brexit and the fear of its potential successors.

Malaysia will have to look to the improving US economy for help in spurring its export numbers, though its fair to say that the Trump administration axing of the Trans Pacific Partnership (TPP) will hurt Malaysian trade and investment — both crucial variables for the Malaysian economy at this juncture.

What’s more, the Federal Reserve’s decision to hike up interest rates in December 2016 was not in Malaysia’s favour. The hint that there may be at least three more rate hikes to come in 2017 is not welcome news and raises the threat of the ringgit sliding further against the US dollar.

Against this rather stark background the rationale for Malaysia’s 2017 budget becomes understandable. Maaysia’s budget is primarily targeted at increasing domestic demand. Its measures include RM2.6 billion (about US$579 million) more financial aid for the 1Malaysia People’s Aid program and various other programs to increase access to housing — particularly for those in the bottom 40 per cent (B40) of income-earners. There are also incentives for public servants as well as RM50 million ($11 million) to train 20,000 graduates to enhance their employability.

While these efforts will increase domestic demand, their appropriateness is questionable. For instance, the intention of extending financial assistance to the B40 runs against the grain of upholding a market-oriented, subsidy-free economy. Once financial aid is provided it will be difficult to withdraw it. As for Malaysian graduate employability, the problem should be treated as a structural one, rather than ad hoc and directed at only 20,000 graduates. And the policies for improving access to affordable housing are insufficient given the enormity of the problem.

Nevertheless, it is noteworthy that the Malaysia government is committed to fiscal discipline and determined to close the fiscal gap. A widening deficit will be detrimental at this point, although if there had been a good record on this score in earlier years it might have been a convenient tool to reach for.

The rapidly slipping value of the ringgit against the US dollar is another flash point. Although most emerging markets have experienced drops in their respective currencies against the dollar, the ringgit has suffered the biggest relative fall in the region.

One reason for this is the perceived decline in good governance. Although the Malaysian authorities have cleared 1 Malaysia Development Berhad (1MDB), of any wrong-doing, continued reporting in international media and the US Department of Justice’s interest on the matter may have put off some foreign investors.

In the face of the falling ringgit, Bank Negara Malaysia (BNM) has reminded market players that the ringgit is still not a fully internationalised currency. BNM has requested that non-resident foreign banks don’t engage in non-deliverable forward-related (NDF) transactions. In restricting NDF trade the central bank is only ‘re-enforcing’ existing rules against offshore trading of the ringgit. But foreign traders have been sceptical of the move.

Another measure to curb the falling ringgit has been to impose the requirement that exporters can only retain up to 25 per cent of export proceeds in a foreign currency, while the remainder must be converted into ringgit. Bank Negara Malaysia (BNM) has stated that exporters are free to convert currency to meet up to six months of loan obligations not denominated in ringgit, stoutly denying claims that these measures are tantamount to capital controls. Nevertheless, they are interventions in the market and disrupt the decision-making process of exporters.

This year may not be rosy for the Malaysian economy. Taking a pessimistic view, the growth forecast could slip to the range of 4–4.2 per cent for the next year. We can take solace in the fact that the fuzzy edges of oncoming negative news can be vaguely seen in the distance and it is easy to count on Malaysia’s seasoned and expert policymakers to manage these predictable shocks.

This article was written by Shankaran Nambiar, the author of the recently published book Malaysia in Troubled Times. He is also a senior research fellow at the Malaysian Institute of Economic Research. The views expressed in this article are his own.  It first appeared on East Asia Forum under a Creative Commons License and is reproduced here with its permission.

Where To Now For the CPTPP?