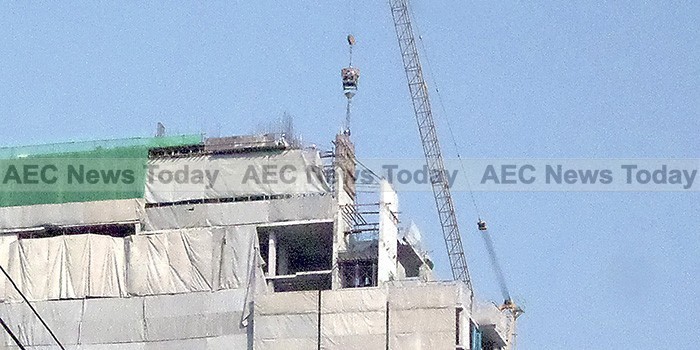 Vietnam’s real estate and export sectors have proven to be strong drivers of the Vietnam  economy in recent times, which remains resilient despite striking some humps earlier in the year.

Vietnam GDP grew 6.4 per cent in the third quarter, up from 5.78 per cent over the previous three months, according to the General Statistics Office (GSO), while Bloomberg estimates the Vietnam economy has grown 5.93 per cent on the year.

Several factors have acted as a brake on Vietnam’s growth this year. The most notable being the severe droughts in the Mekong Delta and Central Highlands earlier in the year and the massive environmental disaster along the north-central coast in April by Taiwanese steel manufacturers Formosa.

However, other sectors have performed relatively well. DTI News quoted Eric Sidgwick, ADB country director for Vietnam, explaining that “manufacturing expanded by double-digits as new foreign-invested factories ramped up production, while services picked up as a result of rising domestic trade, growing bank lending and a 25 per cent jump in tourism arrivals.”

While manufacturing and processing remains by far the top draw in terms of FDI, the Vietnam real estate sector plays an important economic role also.

Although foreign investment in the Vietnam real estate sector is down slightly over last year it still reached $1 billion in the first nine months of 2016.

While investment may have dipped, the ongoing building booms in Hanoi and Ho Chi Minh City (HCMC) prove that growth in the Vietnam real estate sector isn’t going to diminish in importance quickly.

Japanese investors are taking particular interest in the Vietnamese real estate sector with  Than Thanh Vu, president of a merger and acquisition consulting company, telling VN Express that Japanese companies are planning investments worth up to $2 billion.

Corporations such as Sumitomo, Sanyo Homes, Daiwa House, Aeon and Toshin are looking for large-scale mixed-used developments in major cities. Vietnam’s steady economic growth draws these groups, and they also hope to tap into Vietnam’s young, growing population, as the Japanese housing market is shrinking as the country ages.

Masataka Sam Yoshida, CEO of Tokyo-based M&A consulting firm Recof, told VN Express that Japanese firms have only recently started looking at Vietnam real estate. “In the past, Japanese companies were very cautious about making real estate deals in Vietnam due to the high risk of speculation, lack of transparency and information”, he said.

Times have changed though. Recently 146-year-old Japanese construction company Kajima Corporation formed a joint venture with Indochina Capital to funnel $1 billion into Vietnam property development over the next decade.

Keisuke Koshijima, market development manager at Kajima, told the paper that the company has selected Vietnam has the next main driver for its business growth in the region.

For the first nine months of 2016 the GSO said overall inbound foreign direct investment into Vietnam contributed $91.1 billion to the Vietnam economy.

Exports are another key to Vietnam’s economy and they remain healthy, with a few exceptions. Overall exports reached roughly $128 billion in the first nine months of the year, up 6.7 per cent.

According to the GSO the domestic sector made up for $37 billion of this total. Meanwhile, inbound foreign direct investment into Vietnam contributed $91.1 billion.

However, September brought troubling signs for the export sector. The total value of Vietnam exports fell 6.8 per cent from the previous month, with turnover in telephones and components, footwear, and garments falling by 17.4 per cent, 18.2 per cent and 7.1 per cent respectively.

Blamed largely on global economic trends, Europe stagnating, and uncertainty over the future of the Trans-Pacific Partnership (TPP), the start of September was also when news of Samsung’s trouble-plagued Galaxy Note 7 began appearing.

After initially implementing a global recall of 2.5 million phones, last week the South Korean manufacturing giant completely halted production of the Galaxy Note 7 after a handset exchange programme failed to remedy the issue.

Samsung is the largest individual investor and exporter in Vietnam and the phones were built at production plants outside of Hanoi. The fallout from this story is still ongoing, while the effect the abandonment of the Galaxy Note 7 will have on Vietnam’s exports for the next six months to one year have not been quantified. Nonetheless, Samsung is expected to  eventually recover.