What to Expect From President Duterte 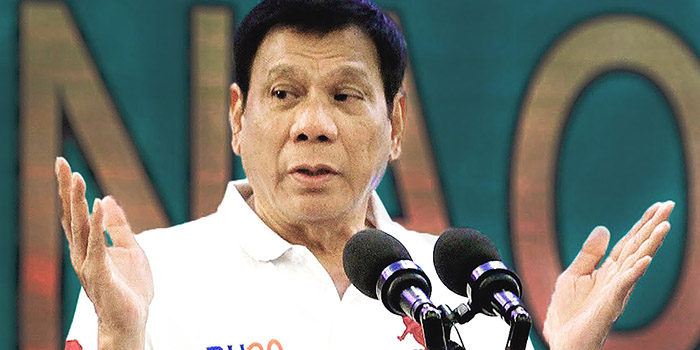 Since the election of Davao City Mayor Rodrigo Duterte as the next Philippine president in a landslide victory on May 9, 2016, the regional and international media have highlighted his outrageous remarks on various sensitive topics.

For instance, he backed the extra-judicial killings of drug dealers, alleged that journalists were killed because they were corrupt, and called Philippine bishops critical of him “sons of whores”. None of these remarks have dented President Duterte’s domestic support. But they have attracted international attention and provided a negative one-dimensional view of the new leader. There is a need for a more layered understanding of President Duterte and his policies.

President Duterte is the first Philippine president who is not from the traditional land-owning elite which has dominated the critical centres of power in the capital Manila since independence. His base is in Davao City in the traditionally neglected southern Philippines. To stress this point he was in Davao when he was officially proclaimed by a joint session of the Philippine Congress on May 30 as the next President.

His election signals a shift away from Manila-centred politics and an effort to reach out to hitherto marginalised sectors of Philippine society. His speeches and public comments are in English rather than Tagalog, the lingua franca of Greater Manila, which has been promoted throughout the archipelago as the national language. He has emphasised his links with Mindanao and several of his cabinet appointments hail from the region.

President Duterte also draws support from the Philippine left wing and has close ties with the founder of the Communist Party of the Philippines (CPP), Jose Sison, under whose leadership the CPP waged a Maoist-influenced guerrilla insurgency and who has been in exile in the Netherlands since 1987. Duterte has welcomed Sison’s plans to return home. Although government negotiations with the CPP since 2011 are currently at an impasse, President Duterte is more likely to reach an agreement with the CPP and its armed wing, the New People’s Army (NPA).

This opening to the left is seen in two of Duterte’s cabinet appointments who were nominated by the National Democratic Front (NDF), an NPA ally. Judy Taguiwalo, a University of the Philippines professor and women’s rights advocate, is the secretary of social welfare and development while Rafael Mariano is secretary of agrarian reform. Incoming Cabinet Secretary Leoncio Evasco Jnr, a former NPA rebel and former priest, served as President Duterte’s campaign manager and has enjoyed close ties with Duterte since the 1990s.

These appointments are balanced by pro-business technocratic appointments to key economic portfolios including secretary of finance Carlos Dominguez, who served in the cabinets of former presidents Cory Aquino and Fidel Ramos and is a close friend of Duterte from Davao City. Alfonso Cusi, secretary of energy, served in the administration of former president Cory Aquino. The secretary of economic planning, Ernesto Pernia, was lead economist at the Asian Development Bank (ADB).

Based on Duterte’s effective economic management in Davao City, economic policy is likely to follow the growth-oriented policies of former president Benigno Aquino, with greater emphasis on decentralisation, poverty alleviation, and land reform.

Former president Fidel Ramos, who served from 1992 to 1998, was an early supporter of Duterte and has been influential in pushing pragmatic policy choices. Ramos’ influence is positive as his tenure was marked by an economic transformation in the Philippines as well as a significant outreach to the NPA and Muslim rebel movements. Ramos appointees now holding Cabinet posts include peace process adviser Jesus Dureza, who held this post under Ramos.

President Duterte’s priorities are domestic. Law and order, anti-corruption and crushing the drug problem are at the top of his agenda. He aims to devolve power from the central government to the provinces. By working out of Davao so far, President Duterte is symbolically reminding Manila politicians that a political revolution is underway. He intends to shift to a federal-parliamentary system and the constitution will have to be revised.

His appointment of Major General Delfin Lorenzana as the secretary of defence reflects a desire to maintain ties with the United States even as the Philippines moves to restore its relationship with China. Lorenzana has spent most of the past two decades in Washington as defence attaché and, after his retirement in 2004, as presidential representative at the Embassy from 2004 to 2009 and again since 2013.

President Duterte’s foreign policy is still unclear. Perfecto Yasay, former head of the Philippines Securities and Exchange Commission (SEC) whose roots are in Davao City, is the new foreign secretary. As Yasay is not linked to the pro-American policies of the outgoing administration a tilt away from the United States towards a more even-handed approach is possible.

Yasay’s first challenge will be the management of the bilateral relationship with China. So far, the administration has sent mixed signals.

During his election campaign, Duterte called for bilateral talks on South China Sea claims. Post-election, he proposed a multilateral dialogue involving claimant states as well as other states including the United States, Japan and Australia. He has also said that he would not surrender the Philippines’ right to Chinese-occupied Scarborough Shoal.

Yasay has said that relations with China should improve as long as China ‘adheres to the rule of law, respects our territorial integrity and sovereignty’.

With the eclectic rainbow coalition of cabinet appointees it is not yet possible to discern a clear foreign policy and national security policy outlook. Asean is not a focus of his attention. But President Duterte is likely to be persuaded by his advisers to make the usual round of courtesy visits to his Asean counterparts.

Asean leaders at the next summit in Vientiane in November will have to deal with a disengaged leader unless issues directly concerning the Philippines are on the agenda.

While President Duterte’s priorities are domestic, international developments may yet intrude and shape the priorities of his administration.

This article was written by Barry Desker, a Distinguished Fellow, S. Rajaratnam School of International Studies (RSIS), Nanyang Technological University, Singapore. It is first appeared on East Asia Forum under a Creative Commons license and is produced here with its permission.

A version of this article first appeared on RSIS and The Straits Times.

2 Responses to "What to Expect From President Duterte"