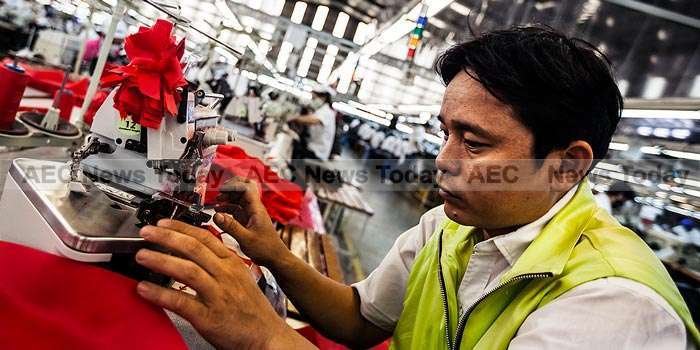 Cheap labour, good personal security, and a stable government has long attracted foreign investment to Vietnam. However, the increasing minimum wage, capped working hours, and the looming death of the Trans Pacific Partnership (TPP) means Vietnam’s recent stellar economic growth may begin to wane unless some urgent changes are made.

According to deputy prime minister Pham Binh Minh, Vietnam must create a knowledge-based labour force with skilled workers if it is to continue attracting foreign investment. Vietnam’s economy can no longer support itself on cheap labour and low value exports. The country needs a new growth model that focuses on quality, labor productivity and knowledge, he said.

The grim self analysis follows the election last month of Donald Trump as the 45th president of the United States and along with it his stated intentions to withdraw from what had been touted as the world’s largest free trade area on his first day in office.

The End of The TPP

Peddled by Bloomberg, among others, as a way for Vietnam to boost its gross domestic product (GDP) by up to 11 per cent, or by some US$36 billion, reduced import duties in the US and Japan would have seen Vietnam garment manufacturers increase exports, while the Vietnam seafood industry was set to benefit from the elimination of import taxes on shrimp, squid and tuna.

With Mr Trump declaring the TPP dead, Vietnam, unlike some other members of the now crippled trade deal, has moved on, making a pragmatic assessment of its future in a no-TPP world.

In a statement issued by Vietnam Prime Minister Nguyen Xuan Phuc, he said ‘Vietnam had prepared adequate conditions to join the 12-nation TPP. However, as the United States has announced to stop the deal, so Vietnam has not had enough basis to submit TPP participation to the National Assembly. Without the the global free trade agreement, Vietnam cannot rely as heavily on its cheap labour and exports to increase its GDP’.

These sentiments were echoed by deputy prime minister Minh at a summit last month hosted by the Economist Group and Vietnam’s foreign ministry.

“Vietnam’s economic development has relied heavily on low-cost labour and capital-consuming sectors, however our economy has reached a point where such elements have become insufficient.

“Vietnam must train and re-train its labour force, reform university education, and improve vocational training to create a talent pool with higher skill and expertise levels. We are stepping into the world’s fourth industrial revolution where advanced technology will be applied. Vietnam needs a new growth model which focuses on quality, productivity and knowledge”, he said.

Vietnam’s Information Technology sector, as an example, has long benefited from cheap IT engineers. A highly experienced IT engineer in Vietnam earns around $2,000 a month, half of what they could earn in neighbouring Thailand. With wages on the increase, however, there is a fear that businesses may look to cheaper countries for their IT needs.

Vietnam raises its minimum wage every year. Last year wages were increased by 13 per cent, but this year the Vietnamese government signed-off on an increase of only 7.3 per cent for 2017. The Vietnam General Confederation of Labor (VGCL) had proposed an increase of 10–11 per cent, while the Vietnam Chamber of Commerce and Industry (VCCI) had wanted a rise of only 6.5 per cent.

According to World Bank economist Sebastian Eckardt, Vietnam may lose its competitive edge in the manufacturing sector as well. One of the challenges is raising wages, while productivity still lags behind, Mr Eckardt said. Vietnam labour productivity  is growing at an annual rate of 4 per cent, well behind wage growth.

It’s not just salaries and low productivity that are cutting deeper into profits and hindering growth, but also the amount of time employees are allowed to work.

While  overtime is something that many workers rely on to boost minimum wage incomes, Vietnam’s Labor Code caps the number of overtime hours an employee can work to just 200 hours per year. The exception is for those in the textile and garment, leather, aquaculture processing, telecommunications, or water and power supply sectors where it is capped at 300 hours per year; a little more than one hour per day. By comparison employees in Lao PDR can work 540 hours a year, while those in Singapore, Malaysia, and Thailand can work 860, 1,250, and 1,850 hours a year respectively.

According to TalkVietnam, both the Japanese and South Korean business associations in Vietnam have been lobbying the government to double or even triple the cap, claiming it is retarding growth. Employees also want to see the cap raised. A recent survey at the Thang Long Industrial Zone in Hanoi by television broadcaster VTV found that 97 per cent of manual workers want to be able to work longer hours to boost their salaries.

A Need for Skilled Workers

Although demand for workers in Vietnam continues to grow, fueled largely by foreign investment, a reasonable amount of that was in anticipation of the benefits expected to flow from the TPP.

In the same Amcham Singapore 2017 Asean Business Outlook Survey that saw American firms in Asean nominate Vietnam as their preferred investment destination of choice, 61 per cent of respondents in Vietnam said the trade deal will impact the location of their future investments (See: American firms in Asean Put Vietnam as Preferred Expansion Location).

By comparison only 19 per cent of all American firms in Asean said their expansion plans will be affected by the still under negotiation Regional Comprehensive Economic Partnership (RCEP), with the most positive being in Cambodia, 56 per cent, followed by those in Vietnam at 53 per cent.

Although the TPP represented a greater share of global GDP, 38.2 per cent versus 28.4 per cent, the RCEP encompasses 3.4 trillion people compared to 800 million covered by the TPP, while the 11-15 year GDP growth forecast for the 16 RCEP countries is 7.1 per cent, versus 4.2 per cent for the TPP 12.

At a recent job fair at Saigon High-tech Park (SHTP) 23 companies sought to fill 1,000 vacancies. Despite the many thousands of people who attended only 70 per cent of the positions were filled.

Duong Minh Tam, deputy manager of SHTP told VN Express International that 35 to 45 per cent of employees should hold a college-level or higher degree, however, he said the majority of the parks 32,000 workers were in fact low skilled.

At the same time Vietnam’s Ministry of Labour claims there is an abundance of unemployed, well-educated people. As of Q2 2016 there was almost 400,000 well educated unemployed Vietnamese, with half of them holding college or post-graduate degrees it says.

With employers in the IT, software, and engineering sectors also starting to grumble about the lack of suitable candidates and firms forced to create their own costly employee training programmes the recognition of the problem at the highest levels of the Vietnam government is a step in the right direction. It’s whether the ‘new growth model’ can be implemented before the lack of skilled labour becomes a hindrance to Vietnam’s previous stellar growth that remains unanswered.