Motorcycling through the Mekong Delta (gallery) 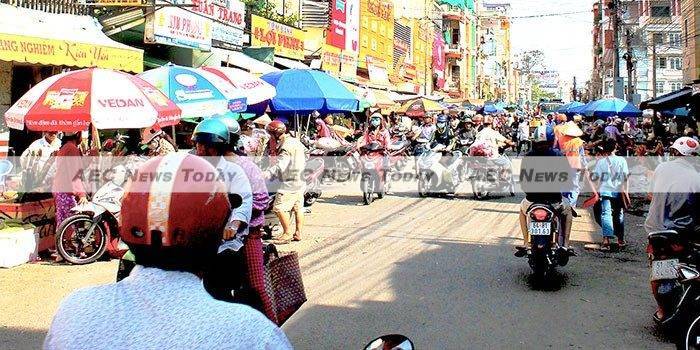 Located in Ho Chi Minh City’s backyard, the Mekong Delta is a popular day-trip destination for visitors swinging through southern Vietnam. These trips don’t offer more than a surface look at the region, quickly taking in a floating market or two, along with a stop at a coconut plantation, before returning to HCMC.

Many expats are also guilty of overlooking the region, preferring to frequent beaches or mountains in other parts of the country. I was certainly guilty of this, having lived in HCMC for more than four years while barely touching the delta. I attempted to rectify that over last month’s Tet (Lunar New Year) holiday with a four-day motorbike trip through the area with a couple of friends. We fueled up our semi-manual 110cc bikes and took off.

Accessing the delta is incredibly easy, though we opted to avoid Highway 1 and the hurtling tour buses which call it home and instead took QL50, a road that runs south through the town of Go Cong before reaching My Tho, the gateway city to the region. The 100km can be covered in a leisurely three-hour ride, and the road conditions are generally very good. A new bridge over one of the many branches of the Mekong River was completed last year north of Go Cong, greatly reducing travel time after replacing a ferry crossing.

My Tho, the capital of Tien Giang Province, is a busy city sprawled along the Tien River, one of the Mekong River’s major offshoots. It was especially hectic a few days before the Lunar New Year, with a flower market spanning several blocks along the river and thousands of people shopping for auspicious buds.

Several tourist-centric seafood restaurants are located along the riverfront and they serve nourishing though slightly overpriced food from across the delta. Cheaper restaurants can be found away from the river, and the city is home to its own variety of hu tieu, a soup dish popular in southern Vietnam.

Hotel options aren’t particularly exciting and seem to mostly be of the state-owned variety, but the Nha Khach Tien Giang (Tien Giang Guesthouse) offers comfortable rooms for the equivalent of US $10-15 per night.

The following day we headed over the Tien River on the enormous Rach Mieu Bridge, one of several huge suspension bridges built with Japanese assistance over the last decade to connect the waterlogged Mekong Delta to the national road grid.

We turned right onto TL883, a quiet provincial road which cuts through verdant banana tree plantations. We reached our first ferry crossing, which took us to QL57 and another ferry across the Co Chien River to Vinh Long. It had been another easy morning on the road under clear skies, covering 60km.

An Binh Island: devoid of cars

The capital of the province of the same name, Vinh Long is another bustling small city home to national chains and local restaurants alike. Vinh Long is known as something of an eco-tourism destination thanks to the collection of homestays located on An Binh Island, which can be reached by a tiny ferry which docks along the riverfront in town.

An Binh is largely devoid of cars, with people getting around either on foot or motorbike. We had decided to stay at the Phuong Thao homestay, and were led down narrow gravel paths and over small canals to the property.

Calling it a homestay is generous: you weren’t exactly staying in someone’s living room, but the setting was perfect. Hammocks spread out beneath fruit trees, while chickens and dogs scampered through the grass and a fridge full of cold beer sat at your disposal.

Other than the occasional passing motorbike there were no mechanical sounds. The paths on the island offered glimpses of local life and provided a respite from the chaotic streets back in town. It was Lunar New Year’s Eve, and we celebrated with a bottle of Johnny Walker and card games in the dining area.

Once our hangovers faded the following morning, we mounted our bikes and set off for Tra Vinh, 70km away and the capital city of the eponymous province. TL902 took us out of Vinh Long and past a number of brick foundries, as well as long stretches of the vibrantly green rice paddies which the Mekong Delta is famous for.

There was one stretch of construction, but otherwise the road conditions were good. Eventually we intersected with QL53, a busier, beautifully smooth stretch of tarmac that leads into Tra Vinh. Along the way we passed several striking Khmer temples, a reminder of the region’s past as part of the Cham Empire, which ruled from what is now Cambodia.

Khmer Temples in the Mekong Delta

Tra Vinh was quiet on New Year’s Day. The vast majority of businesses were shuttered, but we found a comfortable hotel across the street from the central post office and plenty of street food.

Wandering around on foot was pleasant, as we discovered a spacious park and a beautiful Khmer temple near the hotel.

If you travel through Vietnam as much as I have, the temples start to run together: they generally feature the same architectural motifs and symbols. The Khmer structures are much different – and usually far larger – than your average Vietnamese temple. Vietnam often seems fairly homogeneous, and this temple stood out all the more so because of that.

We left Tra Vinh the following morning for the return leg to HCMC, which would cover 130km (about 81 miles). Cruising through a series of small back roads and tiny ferry crossings, we linked up with busy QL60. The smooth highway took us through Ben Tre and its coconut plantations, back over the Rach Mieu Bridge into My Tho and finally linked up with Highway 1 for the final stretch to HCMC.

The last 20km (12.5 miles)  into town were awful, because the road is a bumpy, potholed mess, but we made it home in one piece after a thoroughly enjoyable four days in the Mekong Delta. Friendly people, great food, and plenty of green surroundings. What more could you ask for as an escape from the concrete jungle of HCMC?